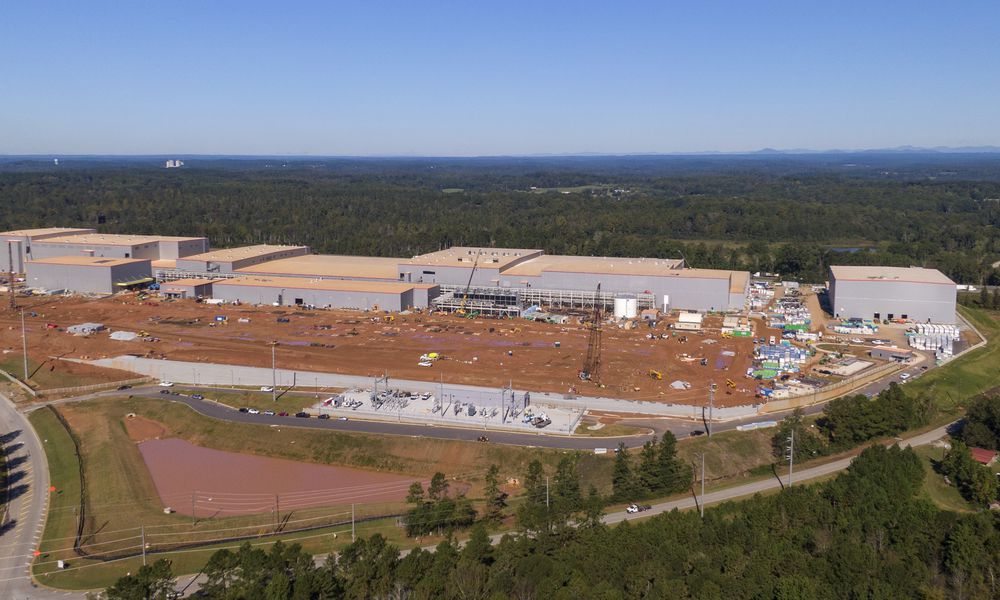 SK is expected to eventually create at least 2,600 full-time jobs for the plant, located about 45 minutes northeast of Atlanta along Interstate 85. It has agreements to supply lithium-ion batteries to Ford and Volkswagen for new electric vehicles those companies plan to manufacture.State officials and lawmakers who had long pushed for a resolution praised the agreement. U.S. Sen. Raphael Warnock said in a statement that the deal would protect high-paying jobs.“And given the outstanding litigation between the companies, it has always been clear that the best way to protect workers in Commerce — and the jobs Georgians were promised — is for the companies involved to negotiate a settlement in good faith,” he said.LG had argued that SK stole its trade secrets by hiring about 100 of its employees, including engineers and marketing executives.In February, the U.S. International Trade Commission ruled in favor of LG that SK stole trade secrets. It ruled SK could only make batteries for Ford for four years and Volkswagen for two years. After that it banned SK from importing components needed for making batteries for 10 years. It also scolded SK in its full opinion, issued in March, for destroying documents.After the commission’s ruling, both sides launched aggressive campaigns to lobby President Joe Biden to either overrule the commission, as SK had argued, or to uphold its ruling, as LG preferred. Gov. Brian Kemp also lobbied Biden to reject the ruling, saying it threatened Georgia’s economy.Biden had been expected to issue a decision within the coming days. If he didn’t overturn the ruling, SK was expected to appeal the decision to a federal court. If he overturned the ruling, LG likely would have revived a federal lawsuit in Delaware that addresses the same issues.Georgia handed over a huge package of economic incentives to SK to win the project. The state provided grants, free land and other incentives that totaled about $300 million so long as the projects lived up to economic development promises.Biden, meanwhile, has made it a policy priority to expand the use of electric vehicles in the U.S. as part of a bid to combat climate change.SK also hired former U.S. Attorney General Sally Yates to argue that Biden should overturn the ruling because if the plant were to close, it would allow China to extend its global market share dominance in the manufacturing of electric vehicle batteries.LG had argued that it could easily add capacity to its existing network of factories in the U.S., including facilities in Michigan and Ohio, to build the same number of batteries as SK had planned.In addition to the trade secrets dispute, immigration authorities have conducted two rounds of arrests of illegal Korean workers at the plant. SK blamed construction firms for the illegal hirings.ExploreFederal panel scolds Korean battery makerExploreLG says it could build plant to replace SK Innovation’s