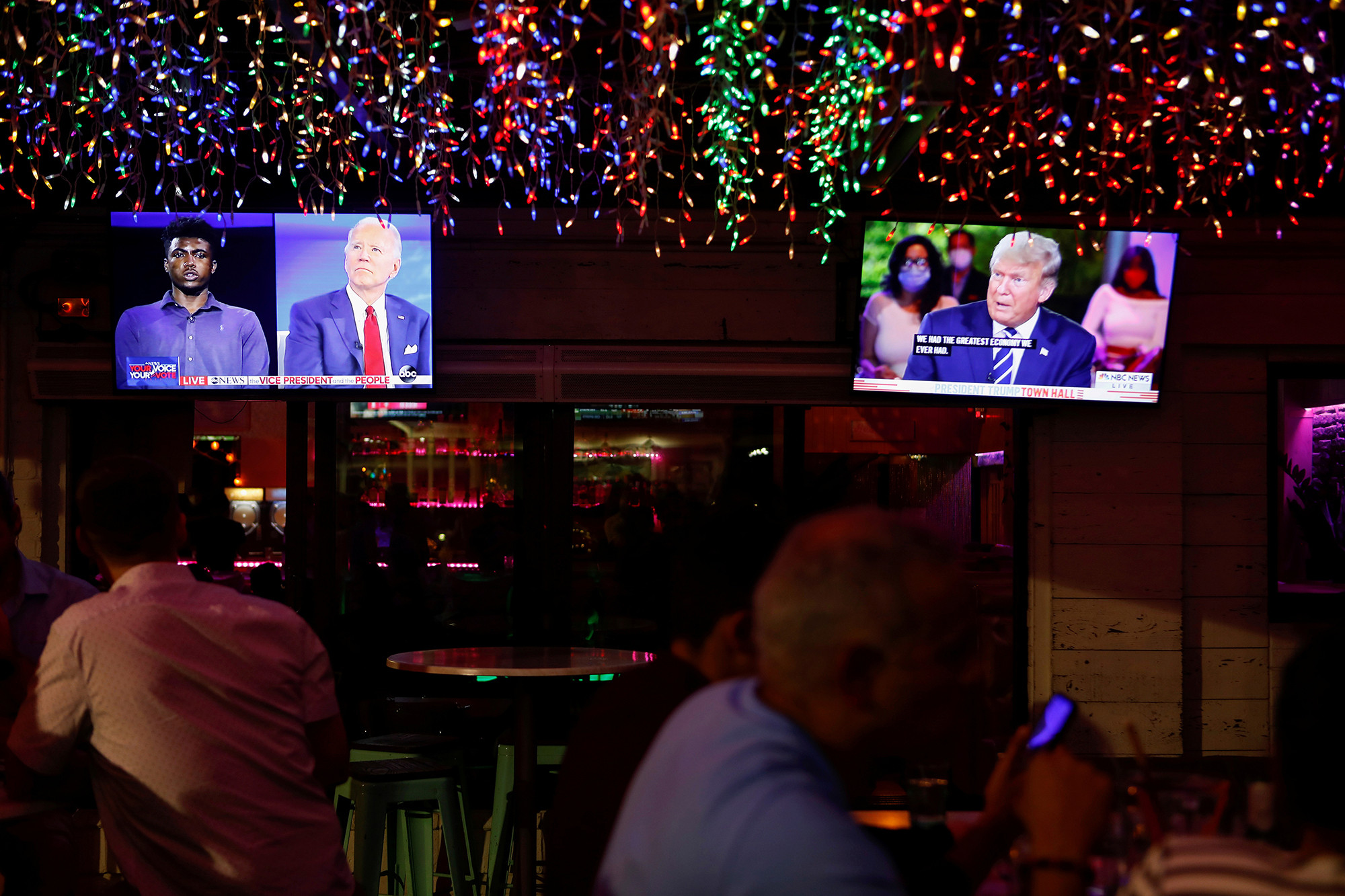 Joe Biden’s town hall drew more TV viewers than President Trump’s competing event on Thursday night, according to early figures.
A total of 12.7 million viewers tuned in to ABC to watch Biden field questions from voters from 8 p.m. to 9 p.m., compared to 10.4 million who watched Trump do the same on NBC, initial Nielsen ratings show, according to the Wrap.
The Democratic presidential candidate also came out on top with adults ages 18-49, with a 2.6 rating. Trump scored a 1.7 rating.
The final Nielsen numbers on viewership come out late Friday afternoon. These ratings do not take into account viewership on online platforms.
Trump’s town hall in Miami aired on NBC and was simulcast on NBCU cable channels MSNBC and CNBC.
Viewers got a kick out of the so-called “nodding woman” seated in the background behind his left shoulder. She was later identified as Mayra Poli, a Dominican Republic-born fervent Trump supporter who once ran for Congress.
Biden’s event, meanwhile, was aired only on ABC.
Reuters
The 90-minute town hall in Philadelphia was devoid of questions about The Post’s exposé about his son Hunter Biden’s overseas business dealings.
The candidates held dueling town halls following the cancellation of the second presidential debate, which was to be held the same night in Miami.
Debate organizers decided the event would be remote after Trump tested positive for COVID-19.