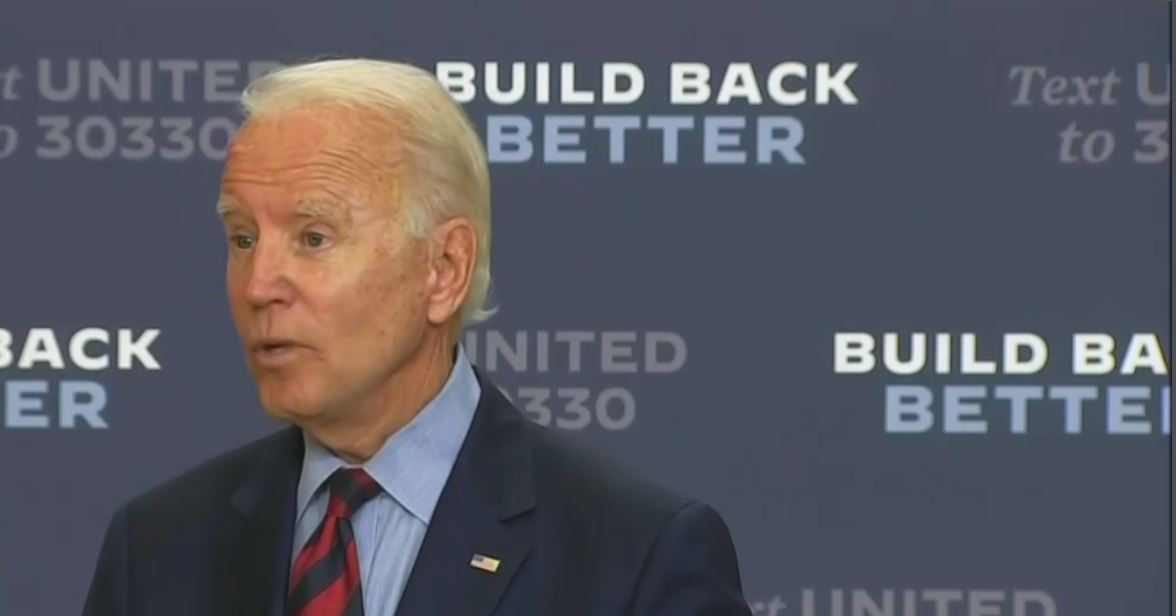 Vice President Joe Biden called out Attorney General William Barr for lying about Russia not being the biggest threat to the election.
Biden was asked about Barr’s claim that China is a bigger threat to the election than Russia, and he answered:
No, it’s not consistent with the briefings I have received. He’s a lousy enough attorney general, but he’s a really bad intelligence officer…Because I believe what I’ve been told. And you all know it. I mean, look, you even have — an outfit like Facebook taking some — look, it’s just — there are a lot of countries around the world that I think would be happy to see our elections destabilized. But the one who’s working the hardest, most consistently and never has let up is Russia.

Again, it’s unfair to say to you guys, but ask yourself the rhetorical question. What is he so afraid of Vladimir Putin about? I mean what’s the problem? I mean nothing, nothing, it’s almost obsequious. Anyway, I — I just want to make it clear, I believe any country that engages in any activity to delegitimatize or impact American elections is a direct violation of our sovereignty. If I am the President Of The United States, there will be a response.
Video:

Attorney General Barr, along with President Trump, and the rest of the administration have been lying about other nations being an equal or bigger threat to the election than Russia. Former Vice President Biden gets the same intelligence briefings as the administration. He knows what they say, and Barr was lying.
The Russians have been working with Trump and Barr to attack mail-in voting, which it is why it is so important to have Joe Biden knocking down the Trump/Barr/Russia misinformation.

For more discussion about this story join our Rachel Maddow and MSNBC group.
Follow and Like PoliticusUSA on Facebook
Mr. Easley is the founder/managing editor and Senior White House and Congressional correspondent for PoliticusUSA. Jason has a Bachelor’s Degree in Political Science. His graduate work focused on public policy, with a specialization in social reform movements.
Awards and  Professional Memberships
Member of the Society of Professional Journalists and The American Political Science Association