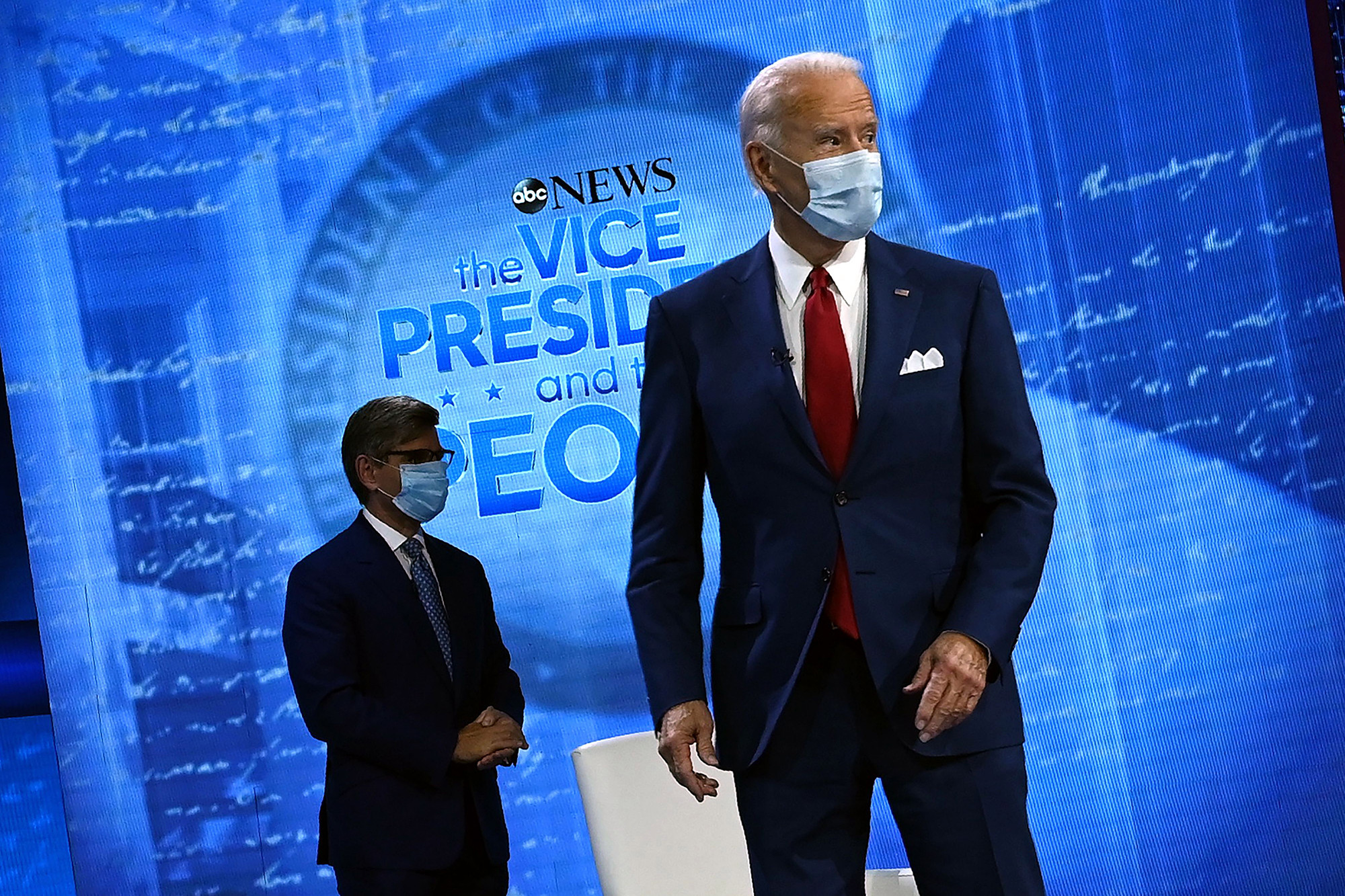 Joe Biden launched into a nearly incoherent policy rant in response to a question from a young black voter who tossed his infamous “you ain’t black” comment back in his face as he simply asked what the former vice president would do for African Americans if he won.
Student Cedric Humphrey from Harrisburg, Pa., who identified as a “progressive Democrat,” appeared visibly unimpressed as the 77-year-old former veep rambled about how the right to vote was a “sacred opportunity” and erroneously claimed that he had reformed the criminal justice system during an ABC News town hall.
“What do you have to say to young black voters who see voting for you as further participation in a system that continually fails to protect them?” Humphrey asked Biden.
“First of all, as my buddy John Lewis said, it’s a sacred opportunity the right to vote, it can make a difference. If young black women and men vote, you can determine the outcome of the election,” Biden responded, invoking the late civil rights icon.
Biden continued at length, talking about how teachers needed to be paid $60,000 a year, that there needed to be more school psychologists and how he would guarantee a $15,000 down-payment for first-time homebuyers.
Photo by JIM WATSON/AFP via Getty Images
After a few minutes, moderator George Stephanopoulos asked Humphrey if his question had been answered.
“Uh, I guess so,” Humphey replied.
Since announcing his White House bid, Biden has come under fire for the crime bills he shepherded during his three decades in the Senate which unfairly punished African Americans.
The former veep also set off a racially-charged political maelstrom in May when he claimed that minorities who voted for President Trump “ain’t black.”