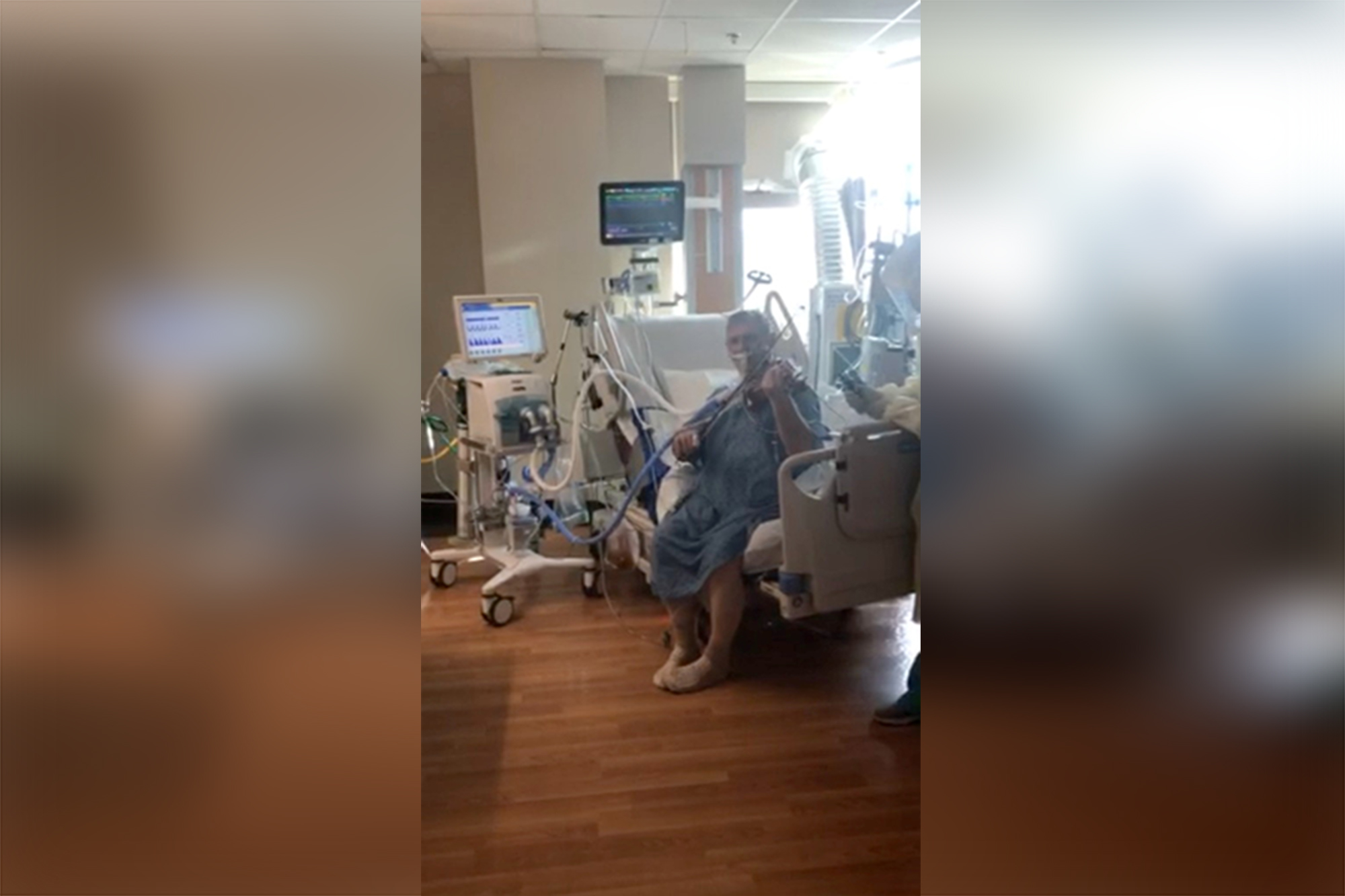 Video shows an intubated COVID-19 patient in Utah playing the violin to thank his caregivers.

The bittersweet footage shows Grover Wilhelmsen, a 70-year-old retired orchestra teacher, attached to a ventilator as he performs from his bed in the intensive care unit at McKay-Dee Hospital, in Ogden.

“It brought tears to my eyes,” registered nurse Ciara Sase said in a news release.

“For all the staff to see a patient doing this while intubated was unbelievable.”

Wilhelmsen had written the nurse a note asking if his wife of 47 years, Diana, could bring his instrument to the ICU so he could give a performance for the staff.

“I said to him, ‘We’d love to hear you play, it would bring so much brightness and positivity into our environment,’” Sase recalled.

After clearing the impromptu concert with doctors, Sase was ultimately able to grant her patient’s selfless wish.

About a dozen medical professionals gathered outside Wilhelmsen’s room to hear him perform songs including the “Tennessee Waltz” and church hymns. He played for a couple of hours over two days, the release said.

“Even though he was so sick, he was still able to push through. You could see how much it meant to him,” Sase said. “Playing kind of helped to soothe his nerves and brought him back to the moment.”

“Afterward, I told him how thankful we were and how much it meant to us.”

Wilhelmsen battled COVID-19 at the hospital for more than a month. He was recently discharged from the ICU to a long-term care facility where he’s expected to recover.

Tags:covid, intubated, patient, plays, thank, violin
We use cookies on our website to give you the most relevant experience by remembering your preferences and repeat visits. By clicking “Accept All”, you consent to the use of ALL the cookies. However, you may visit "Cookie Settings" to provide a controlled consent.
Cookie SettingsAccept All
Manage consent