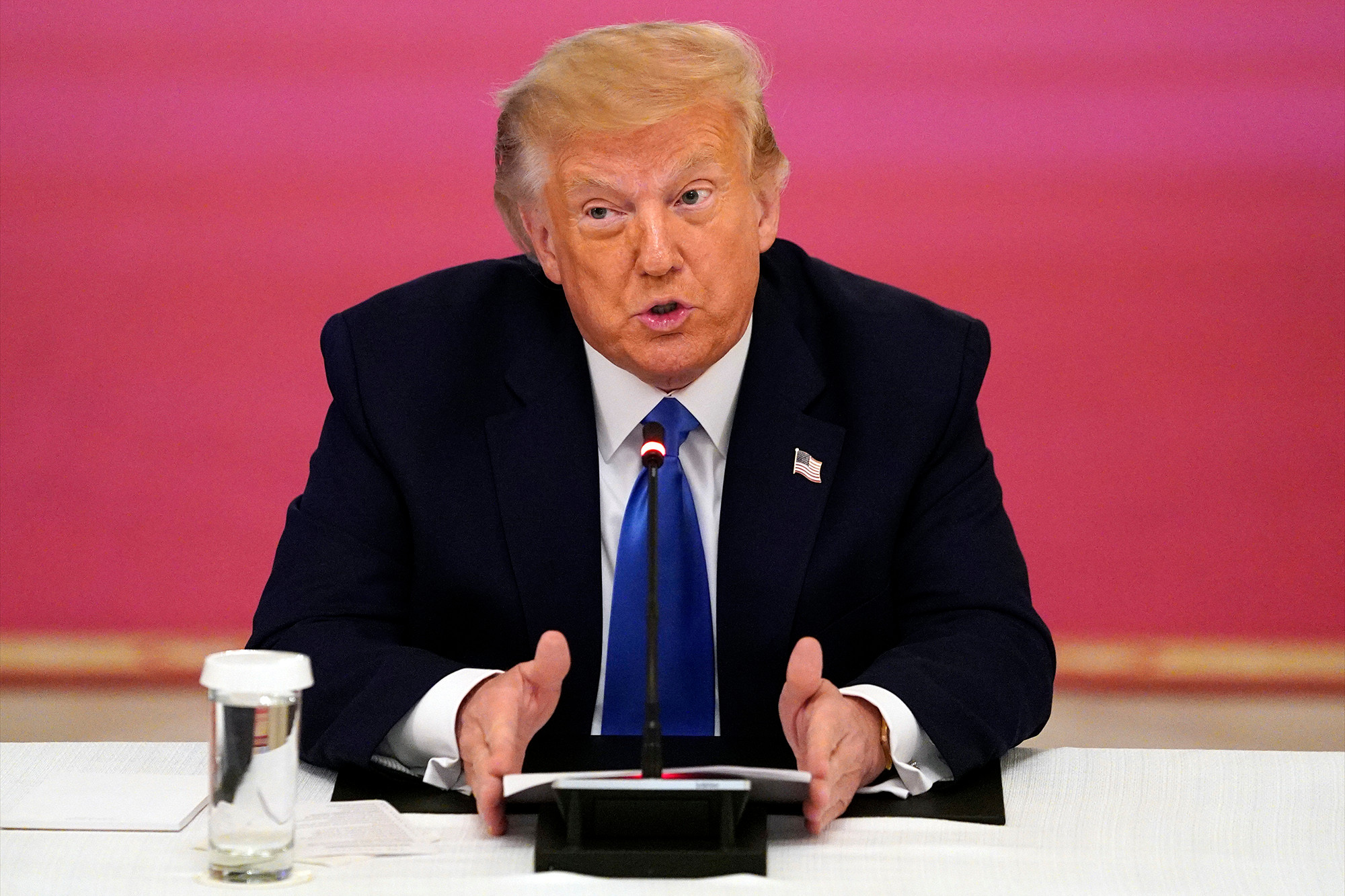 House Democrats have asked the Supreme Court to put its ruling last week on President Trump’s financial records into effect — so they can restart their effort to access the documents in lower courts.
Douglas Letter, the top lawyer for the House of Representatives, urged the court in a filing Monday to immediately put its July 9 ruling into effect so lawmakers could bring the issue back to the original US District Court judge who oversaw the case for renewed consideration.
Last Thursday, the nation’s highest court ruled that a New York grand jury could subpoena Trump’s tax returns and financial records, but blocked a similar request from congressional investigators, sending both decisions back to lower courts and keeping the president’s records under wraps for the foreseeable future.
The case centered on whether third parties such as Mazars USA and the president’s financial institutions, Capital One and Deutsche Bank, could be compelled by Congress and prosecutors to hand over their client’s records.
In its ruling on House Democrats’ efforts to access the president’s financial records, the court ruled that the District Court that heard the case had failed to answer if the House’s subpoenas were an abuse of Congress’ powers.
Because of this, the justices suggested a test to assess the appropriateness of Congressional attempts to collect personal documents from a sitting president, which they suggested the lower courts use in deciding future cases.
Letter noted in his filing Monday that Supreme Court rulings do not usually go into effect right away — usually taking about 25 days — and asked that the process be expedited.

“The Committees have sought expedition at every stage of this litigation. As this Court has stressed, litigation over Congressional subpoenas should ‘be given the most expeditious treatment by district courts,’ and ‘courts of appeals have a duty to see that [such] litigation is swiftly resolved,’” Letter wrote.
Multiple Democrat-led House committees issued subpoenas to the president’s financial institutions in mid-2019 as part of a probe into allegations from Trump’s former personal attorney Michael Cohen that the president inflated his wealth on tax returns in order to secure large loans.
Cohen, who turned over years of financial statements to the committees, also said Trump undervalued his assets to reduce his real estate taxes — prompting Congress to issue subpoenas of his financial records dating back to 2009.
Now, Democrats argue they need the president’s financial records to assist with multiple probes into the commander-in-chief.
The president has denied all of the allegations and his lawyers argued that the subpoenas amounted to nothing more than a politically motivated mission to weaken an incumbent’s standing with voters before the November election.