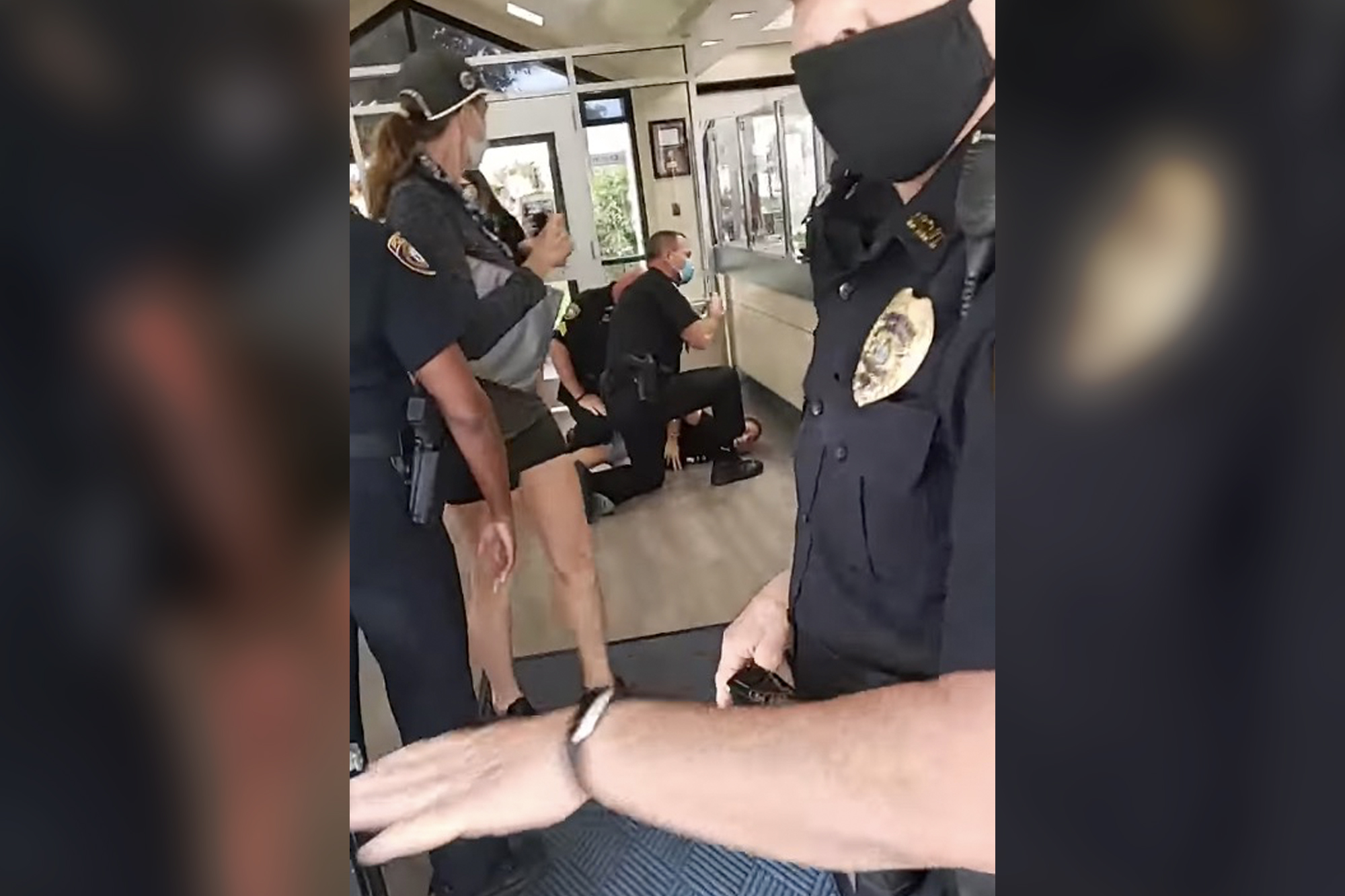 A Florida mom was arrested for refusing to wear a mask at a school board meeting in which officials voted in favor of continuing to require them in the classroom, cops said.

Kari Turner, 40, was seen on video being cuffed in front of her two children Tuesday at the Pinellas County School Board hearing in Largo, the Tampa Bay Times reported.

School district police took Turner into custody in the building’s lobby on charges of battery on a law enforcement officer, trespassing, and disorderly conduct.

“The individual refused to wear a mask, which began a series of events that led to the arrest,” school spokeswoman Isabel Macarenas said.

More than two dozen parents showed up to the Tuesday afternoon hearing to argue against extending the district’s mask mandate, the paper reported.

The board voted 4-1 to extend the policy, which has been in effect since classes resumed in August, the outlet reported.

Tags:arrested, board, during, Florida, meeting, school
We use cookies on our website to give you the most relevant experience by remembering your preferences and repeat visits. By clicking “Accept All”, you consent to the use of ALL the cookies. However, you may visit "Cookie Settings" to provide a controlled consent.
Cookie SettingsAccept All
Manage consent