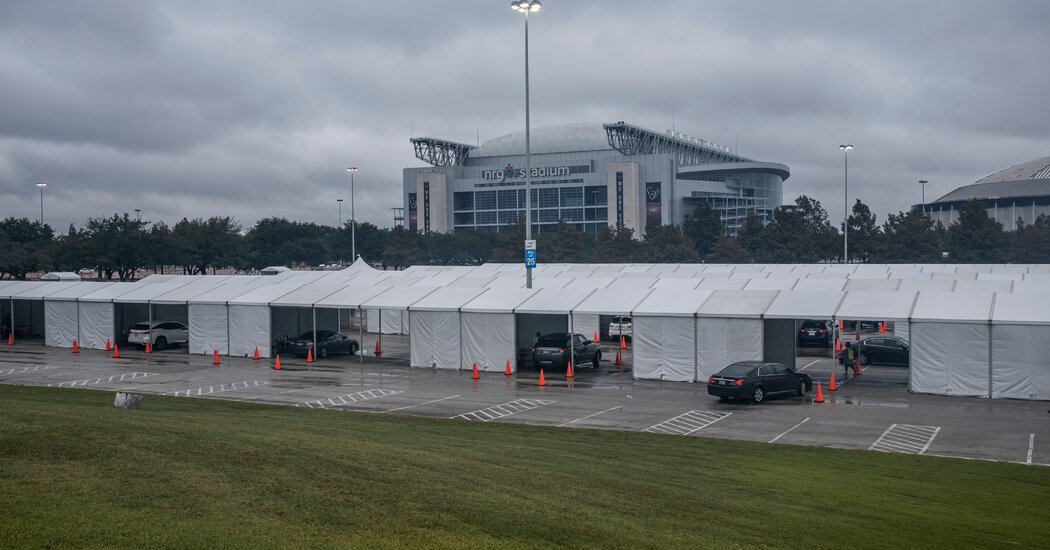 This month, a federal judge struck down a decree from Gov. Greg Abbott of Texas limiting each county in the state to a single drop box to handle the surge in absentee ballots this election season, rejecting Mr. Abbott’s argument that the limit was necessary to combat fraud.Days later, an appellate panel of three judges appointed by President Trump froze the lower court order, keeping Mr. Abbott’s new policy in place — meaning Harris County, with more than two million voters, and Wheeler County, with well under 4,000, would both be allowed only one drop box for voters who want to hand-deliver their absentee ballots and avoid reliance on the Postal Service.The Texas case is one of at least eight major election disputes around the country in which Federal District Court judges sided with civil rights groups and Democrats in voting cases only to be stayed by the federal appeals courts, whose ranks Mr. Trump has done more to populate than any president in more than 40 years.The rulings highlight how Mr. Trump’s drive to fill empty judgeships is yielding benefits to his re-election campaign even before any major dispute about the outcome may make it to the Supreme Court. He made clear the political advantages he derives from his power to appoint judges when he explained last month that he was moving fast to name a successor to Justice Ruth Bader Ginsburg so the Supreme Court would have a full contingent to handle any election challenges, which he has indicated he might bring in the event of a loss.In appointing dozens of reliable conservatives to the appellate bench, Mr. Trump has made it more likely that appeals come before judges with legal philosophies sympathetic to Republicans on issues including voting rights. The trend has left Democrats and civil rights lawyers increasingly concerned that they face another major impediment to their efforts to assure that as many people as possible can vote in the middle of a pandemic — and in the face of a campaign by Republicans to limit voting.“There has been a very significant number of federal voting rights victories across the country and those have in the last week or two — many if not most — been stayed by appellate courts,” said Wendy R. Weiser, the director of the Democracy Program at the Brennan Center for Justice at New York University, which has been involved in several voting rights lawsuits this year. “We’re seeing the brakes being put on the voting rights expansion at the appellate level in these jurisdictions, in many cases in ways that won’t be remediable before the election.”In potentially pivotal states like Wisconsin and Ohio, the outcomes appear to be serving the president’s effort to limit voting while in some cases creating widespread confusion about the rules only three weeks before Election Day.There has been a dizzying amount of election-related litigation this year, with more than 350 cases playing out in state and federal courts. In general, the disputes focus on how far states can go to make it easier to apply for, fill out and send in mail ballots, and how much time election officials can take to count what is certain to be a record number of them. In polls, Democrats have indicated that they are more likely than Republicans to vote by mail this year.Democrats and civil rights groups have argued that certain provisions regarding ballots that may have made sense before the pandemic are unduly onerous in light of social distancing guidelines and delays throughout the badly overwhelmed Postal Service. Those include requiring excuses and witness signatures for absentee ballots, having strict Election Day deadlines for the official receipt of mail votes and the limited use of drop boxes.Republicans, led by Mr. Trump, have argued that easing those rules or expanding the use of drop boxes would leave the voting system so open to fraud and chaos that it would threaten the very legitimacy of the election.