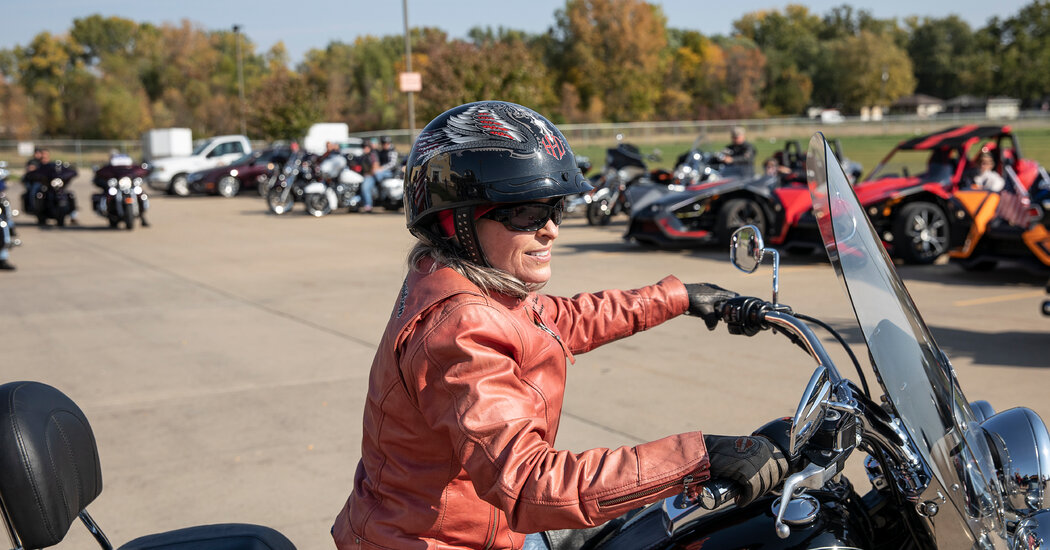 SIOUX CITY, Iowa — The Toby Keith music blared from loudspeakers as Senator Joni Ernst, carrying an energy drink, worked a crowd of bikers in this town near the Nebraska border, shaking hands and giving out hugs.Human-size Trump signs stood in the Harley-Davidson store parking lot beneath a bright, almost cyan blue sky, but there was a note of gloom in the voices of some supporters of Ms. Ernst, a Republican. One number was on their minds: $100 million.That’s how much allies of her Democratic rival, the businesswoman Theresa Greenfield, are pumping into the most expensive Senate race Iowa has ever seen. Attack ads bombarding the airwaves — during college football games and conservative talk radio shows — paint the senator as a villain intent on stripping away Social Security and medical benefits for residents.Six years after storming into office as perhaps the highest-profile member of a vaunted class that took back Republican control of the Senate, Ms. Ernst, 50, finds herself in a tough re-election race that is emblematic of her party’s struggle to keep the Senate majority with a weakened President Trump at the top of the ticket.Ms. Ernst, who has tightly embraced the president even as his standing has fallen, has trailed Ms. Greenfield in every poll for the past month, and in a recent New York Times-Siena poll, as many Iowans had a negative view of her as those who had a positive one. The survey underscored a bitter reality for the first woman to represent Iowa in Congress: Mr. Trump’s troubles, particularly with female voters, are doing real damage to Republicans down the ballot.The party holds a 53-to-47 advantage in the Senate, but as many as eight of its incumbents are in jeopardy of losing in hotly contested races. That includes other stars of the class of 2014 once believed to be part of a promising new generation of Republicans, including Senators Cory Gardner of Colorado, Steve Daines of Montana, Dan Sullivan of Alaska and David Perdue of Georgia.Ms. Ernst is widely seen as a bellwether candidate, who will rise or fall with her party, and with Mr. Trump. Almost no one believes Republicans can hold onto control of the Senate if Ms. Ernst loses.The president won Iowa by more than 9 percentage points in 2016, but he now trails or is statistically tied in state polls with former Vice President Joseph R. Biden Jr., the Democratic nominee.While Ms. Ernst has occasionally parted ways from the president — she opposed Mr. Trump’s tariffs, for instance, and supported removing the names of Confederate military leaders from military bases — she has more often embraced him.