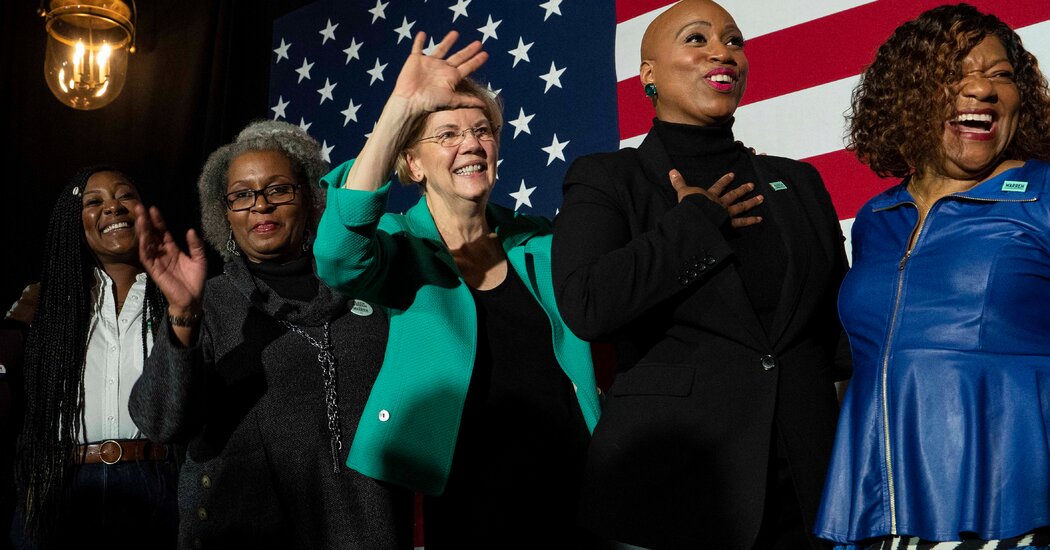 After Ms. Warren’s father lost his job, her family struggled to stay in the district so their children could attend the school, considered one of the academically strongest in the area. Friends described Ms. Warren as conservative at the time, and don’t recall spending much time discussing civil rights, even as protests, sit-ins and integration efforts roiled her still largely segregated city throughout her high school years.Dr. Katrina Cochran, a childhood friend who would go on to become a psychologist, said that Ms. Warren had been deeply conscious of the stigma then associated with having a mother who worked outside the home and that she had displayed an interest in economic inequality that would define her career. But the topic of race didn’t often come up between the two girls.“It was so clearly segregated,” Dr. Cochran said, of their high school. “I look back on it now, and there wasn’t one person of color that I recall anywhere, except in the janitorial or kitchen staff. That’s how we grew up.”Ms. Warren left Oklahoma City for George Washington University eager to expand her horizons beyond the confines of her upbringing.“I had never seen a ballet, never been to a museum and never ridden in a taxi,” Ms. Warren recalled in her 2014 memoir. “I’d never had a debate partner who was Black, never known anyone from Asia, and never had a roommate of any kind.” As an older cousin also had, a young Ms. Warren found her way into a sorority, pledging the Gamma Kappa chapter of Kappa Alpha Theta. The university had been officially desegregated in 1954, when it began admitting Black students, but the sororities on campus remained a bastion of discrimination.Sorority life on campuses today often remains divided by race, and historically Black Greek organizations, founded more than a century ago during legal segregation, can be places where Black women seek sisterhood. (Ms. Harris joined Alpha Kappa Alpha, the oldest historically Black sorority, as an undergraduate at Howard University and has spoken about how meaningful it was.)