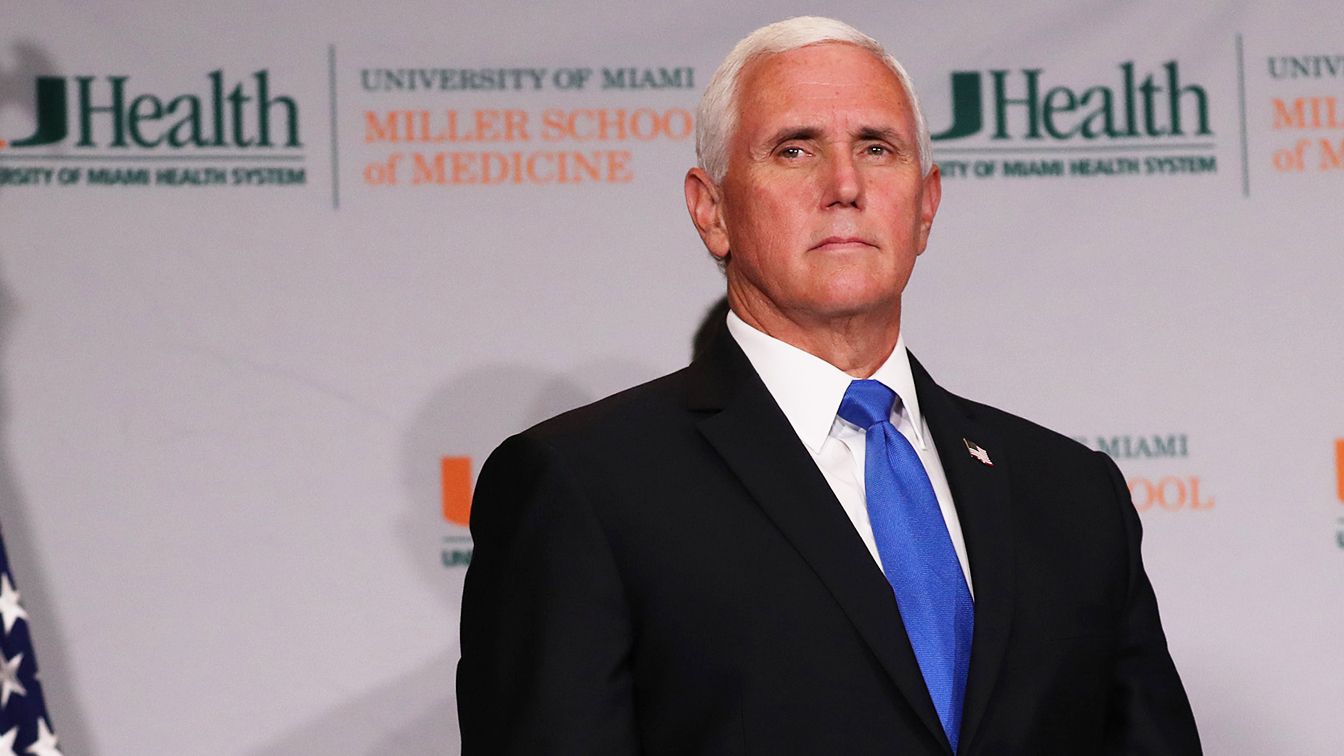 A group of doctors who participated in an event on the steps of the Supreme Court — a viral video of which was taken down the next day by social media companies for spreading disinformation about the coronavirus — met with Vice President Mike Pence, according to Jenny Beth Martin, co-founder of the Tea Party Patriots, an influential far-right group that organized the event.A video of Monday’s event went viral after Breitbart posted it, ultimately garnering tens of millions of views before being removed the next day by Facebook, Twitter and YouTube due to its many misleading claims about the coronavirus.Some of the speakers, who were part of a group calling itself America’s Frontline Doctors, talked about the merits of hydroxychloroquine, which has not been proven effective at treating those infected with the coronavirus, and described masks, which studies have shown are effective at slowing transmission, as unnecessary.Tea Party Patriots co-founder Jenny Beth Martin at a July 7 meeting with President Trump, students, teachers and administrators about how to reopen schools during the pandemic. (Chip Somodevilla/Getty Images)Martin, who also attended the event, said the meeting with the vice president on Tuesday had been in the works for weeks and was focused on hydroxychloroquine. The doctors arrived with a “very specific ask” for Food and Drug Administration emergency-use authorization for hydroxychloroquine, Martin told Yahoo News.The FDA in mid-June withdrew its emergency-use authorization, citing safety concerns and the drug’s lack of proven effectiveness. President Trump and some of his allies, however, have continued to speak positively about it.Pence, said Martin, promised he is “looking into it.” She said she has spoken twice with White House coronavirus task force leader Dr. Deborah Birx about hydroxychloroquine. “We just want a clarification that it is a safe medication,” Martin said.Martin said she is reassessing what’s next for America’s Frontline Doctors. She organized the group after she started brainstorming with Dr. Simone Gold, a Beverly Hills, Calif.-based emergency room doctor and concierge physician, earlier this month. Martin said both women were eager to dispel the fear so many Americans are feeling during the pandemic.Story continuesDr. Simone Gold speaking in front of the Supreme Court. (Twitter)Gold and Martin have worked together since April, when they met after a conservative radio host read on air a letter Gold had written. Martin said Gold asked her to deliver to the White House a letter that Gold and several of the Frontline Doctors signed back in May, which Martin did. The letter, dated May 19, implores Trump to end the shutdown, which it calls a “mass casualty incident.”After that letter, Martin said she and Gold conceived the idea for a summit. “I reached out to her and said, ‘Hey, I’m working on this effort and I’d like to talk to doctors,’ and we started emailing and talking, and as things have developed and she watched the virus, things have evolved,” Martin said. “It’s not like we set out and said, ‘Hey, we’re gonna create a group called America’s Frontline Doctors and we’re gonna have a summit in D.C.’ We planned the summit in about a week.”Martin said the Tea Party Patriots Foundation is supporting America’s Frontline Doctors as part of its educational mission.Monday’s video got a boost when the president retweeted it.In an interview Tuesday with Yahoo News, Bob Hamilton, a Santa Monica, Calif., pediatrician who also appeared in the video, said he is almost solely focused on the issue of schools reopening and went out of his way to distance himself from the larger group, particularly Stella Immanuel, a Houston-based pediatrician. Immanuel is known for her unorthodox views on the merits of masks and hydroxychloroquine, and became something of an internet sensation, particularly after her unusual ideas about alien DNA became public.Dr. Stella Immanuela, a pediatrician in Houston, Texas — claimed that she has cured and prevented COVID-19 with hydroxychloroquine, an anti-malaria medication that was promoted by President Donald Trump for the coronavirus in May. The FDA pulled hydroxychloroquine as a treatment for COVID-19 in June.Referring to Immanuel as the “the gal from Cameroon,” Hamilton said he disagreed with her criticism of Dr. Anthony Fauci, the nation’s top infectious disease expert. “I don’t really have those kinds of strong feelings, to be honest with you,” Hamilton told Yahoo News in an interview.Hamilton said he had been unaware of the organization’s affiliation with the Tea Party Patriots until he arrived at the event.Cover thumbnail photo: Joe Raedle/Getty Images_____Read more from Yahoo News: