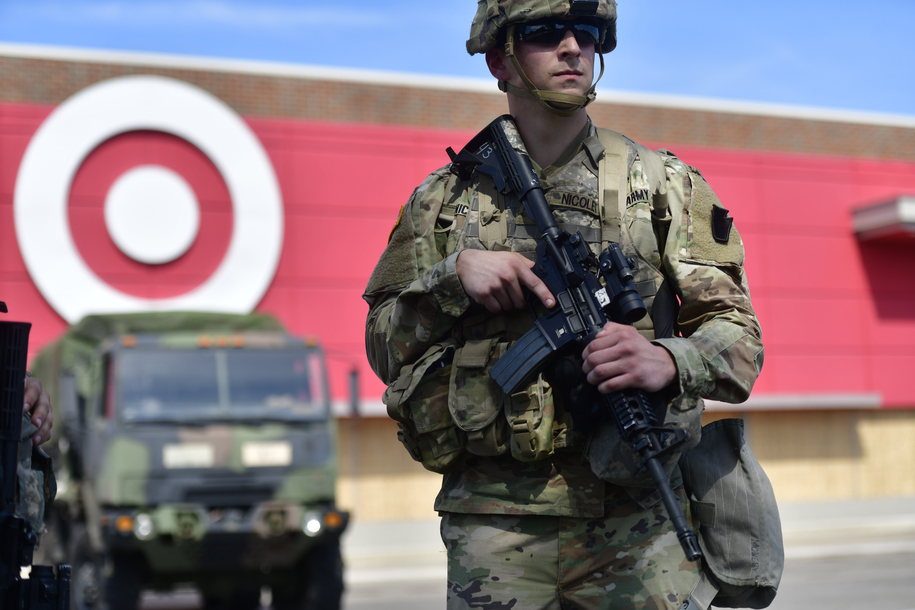 Vice Media’s vice president Paul Wallace told the WSJ that Vice’s most popular news in June was its Black Lives Matter coverage. But even though more people were coming to read those stories (more eyes on the page, so to speak), ad sales were 57% lower compared to other news topics on the site. “The most frustrating part of all of this is that the brands that are sending this stuff are standing on a pedestal saying that they support BLM.”

Vice Media has been public about these sales drops, calling on corporations to drop these search terms, which apparently included “Black people” in one case. Marsha Cooke, senior vice president at Vice Media Group, told Variety that the blocklist search terms being added are “pretty far removed from the national conversation.” This is a nice way of saying they’re racist.

MTV, under ViacomCBS Inc., reportedly added “Breonna Taylor,” “Ahmaud Aubery” [sic], “George Floyd,” “Black Lives Matter,” “protests,” “racism,” “hate,” and “policing” to their blocklists but say that this was due to the nature of what they were advertising: a comedy prank show. A spokesperson told the WSJ that “This is standard practice we use with our media agency to ensure that our ads don’t come across as tone-deaf or disrespectful.” Of course, while understandable in a less direct way, this move exposes these companies as well. MTV is selling something that is tone deaf to what the majority of Americans are interested in.

Ad prices began climbing in May as brands grew more comfortable, but then took a hit again in late May when Mr. Floyd’s death and the protests became the top news story. In the two weeks after Mr. Floyd’s May 25 death, ad prices on news content were on average 41% lower than the same date a year earlier, according to Staq Inc., which aggregates data from more than 40 digital publications. Prices slowly began to rebound as protests commanded less coverage. Ad prices now are about 20% below where they were a year ago.

The WSJ calls these “blocklists” attempts by brands to “avoid associations with controversial topics.” But herein lies the rub. In diagnosing topics like “shooting,” “immigration,” or “Trump” controversial, you are making a political statement about what should and should not be discussed. This is the kind of thinking that argues there is a legitimate “side” to climate change denialism. There isn’t. This is the kind of avoidance that Americans participated in for hundreds of years around the topic of miscegenation.