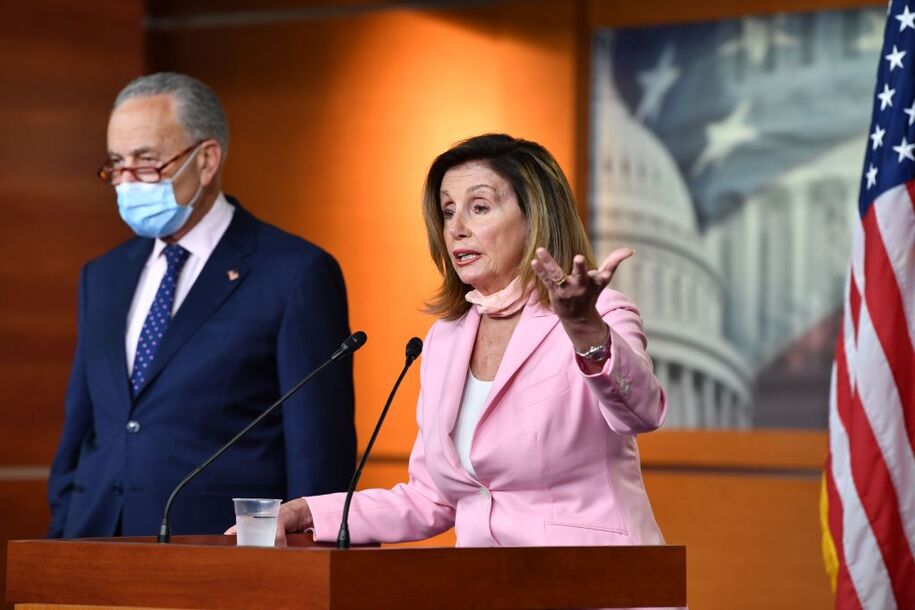 That postmaster general/donor, Louis DeJoy, has cut overtime for postal workers, ensuring backlogs, and has told workers to leave mail behind to wait until the next day under expanded circumstances. He’s also looking at instituting a much broader one-day delay on mail sorting and delivery. There can be no doubt that DeJoy is intentionally slowing down mail delivery, though of course he bills it as being about cost-cutting. Related, an ACLU voting rights expert told The Washington Post, “People haven’t even gotten their absentee ballots in time to return them, or, once they do receive them, they have very little time to get the ballot back.”

”Elections are sacred,” Schumer told reporters after the meeting. “To do cutbacks when ballots, all ballots, have to be counted—we can’t say, ‘Oh, we’ll get 94 percent of them.’ It’s insufficient.”

It’s not just the election at stake, of course. Prescription medications are being caught up in DeJoy’s slowdown, and anything slowing down the USPS will disproportionately effect people in rural areas. But the election should be enough, and the fact that DeJoy’s slowdown accompanies Trump’s constant attacks on mail-in voting—including a Trump campaign lawsuit against Nevada’s new law calling for a ballot to be mailed to every voter in the state—makes the agenda here very, very obvious.

But that is, again, just one of many issues for negotiations to get stuck on. And while the House passed its stimulus bill nearly three months ago, the Senate didn’t even get started on a competing proposal until the $600 unemployment benefit was expiring, and Senate Majority Leader Mitch McConnell now has a caucus in disarray and no direct role in the negotiations. Basically any bill will have to get through the Senate on the strength of Democratic votes, given the number of Senate Republicans who are opposed to passing anything, yet Republicans continue to get to stand in the way of progress. Not that that’s anything new.