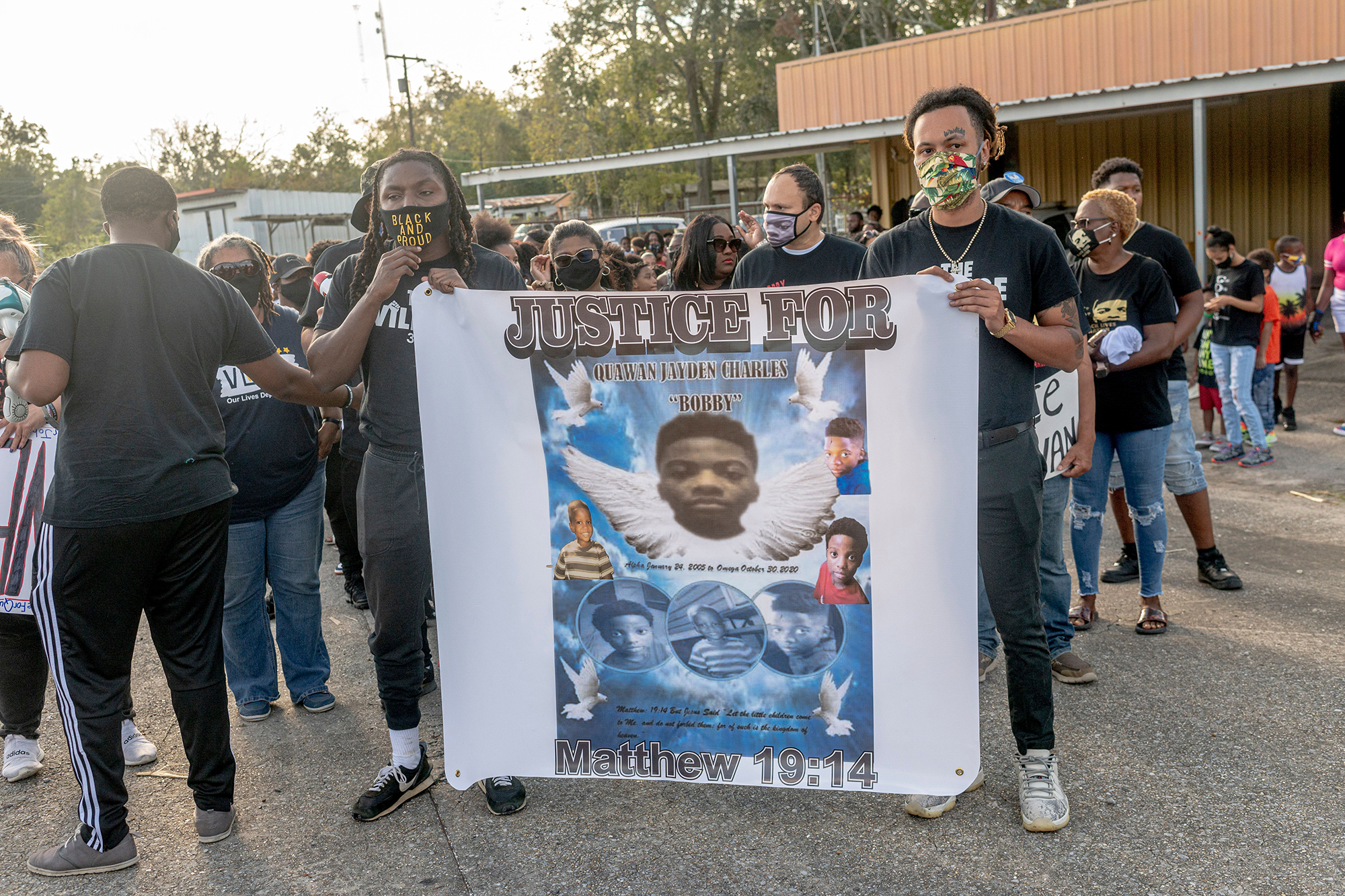 A black 15-year-old boy was found dead in a sugar cane field days after he vanished in Louisiana, according to authorities who are probing his death as a homicide.

The body of Quawan “Bobby” Charles was discovered on Nov. 3 by Iberia Parish sheriff deputies in a creek near Loreauville after his family first notified cops in Baldwin about his disappearance on Oct. 30, sheriff officials said.

Police in Baldwin met with one of the teen’s relatives that day, but failed to issue an alert or to launch a search for him, family members told The Advocate during a protest Saturday calling for answers in the ongoing homicide investigation.

A preliminary autopsy released Friday indicates the teen likely drowned. Injuries to his face occurred post-mortem and were probably caused by animals since he was found in water, a coroner found.

But the teen’s family has commissioned an independent autopsy, the results of which are currently pending, The Advocate reported.

“Quawan’s face looks like he was tortured,” cousin Celine Charles told the outlet, pushing back on drowning as the teen’s most likely cause of death.

Activist Jamal Taylor also called on a Baldwin police officer to be put on administrative leave, claiming the cop failed to investigate the initial missing person’s report and was probably at a football game instead.

“What we have witnessed is an attempt to undermine an investigation,” Taylor said Saturday. “Had he done his job, this mother would not be grieving here today.”

Iberia Parish Sheriff Tommy Romero said Saturday investigators immediately treated the case as a homicide “at the very moment” the teen’s body was found — just hours after deputies were contacted directly by one of his parents on Nov. 3.

“I want to assure the public that I, and my team, are doing everything we can, and following every lead, to gather evidence into what happened in the untimely death of Quawan ‘Bobby’ Charles,” Romero said in a statement. “Although we believe it is important not to compromise any part of our investigation, we are prepared to release some details so that the public can be assured we are not resting in our effort to find the truth.”

At least one witness who said they saw Quawan before his death in the area where he was found has spoken with investigators, Romero said.

Video footage reviewed by the department shows the teen near that area by himself, according to the sheriff.

“Video evidence indicates no other individuals present for some time before, or after, he is seen on the recording,” Romero said.

“We want to remind the public that this an active, ongoing homicide investigation,” Romero’s statement continued.

An online fundraiser set up by Quawan’s family was created earlier this month to raise money for a second autopsy and more than $262,000 had been collected as of Monday. The website shows a graphic photo of teen’s face next to that of Emmitt Till, a black teen who was lynched in Mississippi in 1955.

“We have seen an incredible outpouring of love from across the globe and your help is giving the family time to grieve without the worry of financial obligations,” the fundraiser reads. “Please continue to share and spread the word. We won’t stop until we get #justiceforquawan.”

Anyone with additional information in the teen’s death should call investigators at (337) 369-3711.

Tags:death, field, found, homicide, probed, sugar
We use cookies on our website to give you the most relevant experience by remembering your preferences and repeat visits. By clicking “Accept All”, you consent to the use of ALL the cookies. However, you may visit "Cookie Settings" to provide a controlled consent.
Cookie SettingsAccept All
Manage consent