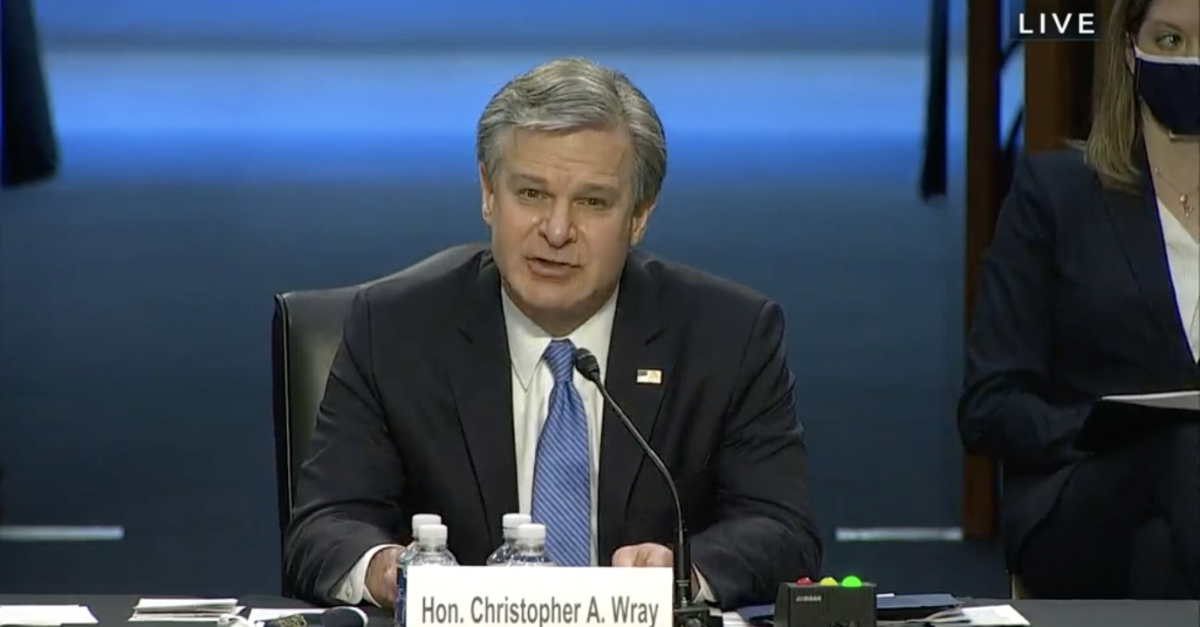 BOZEMAN, MT – OCTOBER 02: People participate in a protest against wearing face masks outside the Gallatin County Public Health office on October 2, 2020 in Bozeman, Montana. Overnight, it was reported that President Donald Trump along with first lady Melania Trump tested positive for COVID-19. (Photo by William Campbell/Getty Images)March 2, 2021
I’ll be quick tonight because we have been without power since 5:00 this morning, and I am very eager indeed to escape the echoing grind of the generator for the night.
Three big stories today:
The first is that President Biden announced today that Merck, the pharmaceutical company, will pitch in to help make the Johnson & Johnson single-shot coronavirus vaccine. Along with high production rates from the other manufacturers, this should enable the government to produce vaccines for all U.S. adults—300 million of us—by the end of May, two months ahead of the previously projected schedule. The administration has facilitated this rate of production by using the Defense Production Act, a 1950 law that enables the government to manage production of materials deemed necessary for national defense. That law is used quite frequently, but while the previous president used it repeatedly during his administration, he was curiously reluctant to use it to address the coronavirus pandemic.
The vaccines will come none too soon for people in Texas, where Governor Greg Abbott today announced he will end the statewide mask mandate and permit all businesses to reopen without coronavirus restrictions. He says that “people and businesses don’t need the state telling them how to operate” any longer.
In the last week, Texas reported more than 200 deaths a day from Covid-19 and only 6.5% of Texans have been fully vaccinated. Although case rates have been declining across the country, the declines stopped this week, and cases in Texas actually increased. Currently, more than 6,000 people in Texas are hospitalized with Covid-19.
Houston, Texas, is the first city in the U.S. to report infections from all of the major new coronavirus variants, and they appear to be widespread. The White House has asked Abbott to reconsider ending measures designed to slow the spread of coronavirus.
In Mississippi, Governor Tate Reeves (R) also ended the mask mandate.
In Washington, D.C., the Biden administration announced new sanctions against Russian officials in retaliation for poisoning Russian opposition leader Alexei Navalny. The sanctions freeze assets belonging to seven of the top figures around Russian President Vladimir Putin. Biden’s position against chemical weapons and the silencing of political opposition indicates that he will take a stance toward Putin in line with the traditional U.S. insistence on the rule of law, rather than adopting the friendly approach that his predecessor used.
In Washington, D.C., FBI Director Christopher A. Wray testified for nearly four hours today before the Senate Judiciary Committee about the January 6 insurrection. Questioning him were Ted Cruz (R-TX) and Josh Hawley (R-MO), both of whom endorsed the Big Lie that motivated the insurrectionists: that Biden was not legitimately elected.
Wray divided the rioters into three groups: some who showed up to protest and did so lawfully if loudly; protesters who got caught up in the moment and committed minor, non-violent offenses; and a group in paramilitary gear who had planned ahead of time to do whatever it took to stop the counting of the certified electoral ballots for Biden and Vice President Kamala Harris.
He said that white supremacists and other domestic terrorists are the “top threat” facing America today. The FBI now lists white supremacist organizations next to ISIS in its top priority level of threat. Wray noted that the FBI is currently tracking about 2000 cases of domestic terrorism, up from about 850 two years ago.
Under pressure from Republicans to shore up their theories that the insurrectionists were not Trump supporters, but rather were undercover leftists, Wray shot those theories down. Pressed by Senator Chuck Grassley (R-IA), Wray declined to place “Antifa” in the same category of threat as domestic terrorists. Under pressure from Senator Ron Johnson (R-WI), Wray rejected the idea that the January 6 insurrection was precipitated by people pretending to be Trump supporters.
According to the FBI director, domestic terrorism “has been metastasizing around the country for a long time now, and it’s not going away anytime soon.”
And not a major story but an interesting one: A new survey by Harvard CAPS-Harris Poll says that 61% of voters approve of Biden’s performance so far. Fifty-five percent of respondents also approve of the Democratic Party, a number that is up 7 points since January. Confidence in the economy and in the future of the country are both growing, as well.
We are pleased to be presenting daily posts from Heather Cox Richardson’s “Letters From an American” email newsletter. You can sign up to receive it in your inbox here.