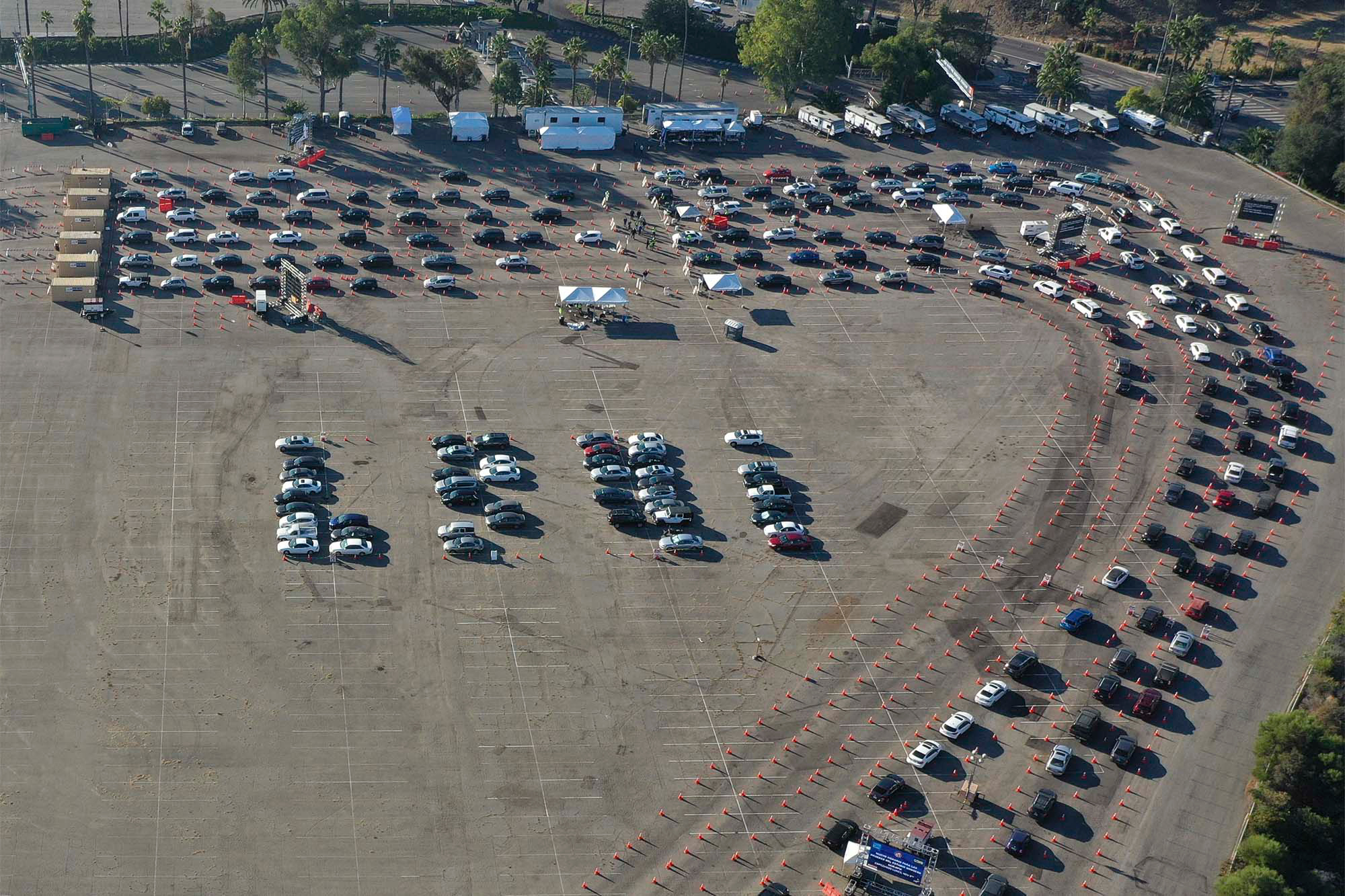 Coronavirus testing lines swelled as swaths of the country battled spikes in infections and hospitalizations in recent weeks, new photos and videos show.

In Newark, NJ — where Mayor Ray Baraka on Thursday imposed more restrictive measures in an attempt to stem the tide — dozens of drivers lined up at a testing site as workers in personal protective gear took their information.

Baraka’s new measures include mandatory masks in all restaurants, businesses and offices, temperature check requirements for anyone entering office buildings and a 10-person limit on gatherings. Violators will face harsh penalties.

“I know these measures seem extreme. And we’ve been getting pushback from a lot of people,” Baraka told reporters. “It’s reminiscent of what we did in March and April. I was the mean father, the bad guy in April. And I was getting emails and texts about how horrible and draconian these measures were. In June and July, people were sending me roses because while the rest of the country was struggling with COVID.”

In St. Louis, Missouri, a long line of people queued outside a coronavirus testing site ahead of its opening Thursday. Some even sat in portable chairs or on the ground, according to video posted by Twitter user @ryanclancy29.

“Can’t get a test in the state of MO unless you tailgate the Urgent Care,” he wrote. “Every available slot is booked for next 3-4 days. This was the line around 7am for an Urgent Care that opens at 8am. All slots for the day were taken by 8:30am.”

In Los Angeles, footage taken after dark shows hundreds of vehicles lining up for testing at Dodger Stadium.

Social media users in the city urged people not to let the image deter them from getting tested.

“This line moves pretty fast, and it’s far from the only testing site in LA,” wrote Jessica Roy, assistant editor on the service journalism desk for Los Angeles Times. “I went to one in Ladera Heights this morning + was in and out in under 10 minutes.”

“This is the way the line has looked every time I’ve gone,” tweeted Alyse Whitney, Managing editor for Cravings by Chrissy Teigen. “In and out in 20 minutes or less. glad for easy access to efficient testing here in LA. cases are rising and we should be very careful, but this shouldn’t be the indicator of severity.”

Tags:across, coronavirus, influx, lines, swell, testing
We use cookies on our website to give you the most relevant experience by remembering your preferences and repeat visits. By clicking “Accept All”, you consent to the use of ALL the cookies. However, you may visit "Cookie Settings" to provide a controlled consent.
Cookie SettingsAccept All
Manage consent