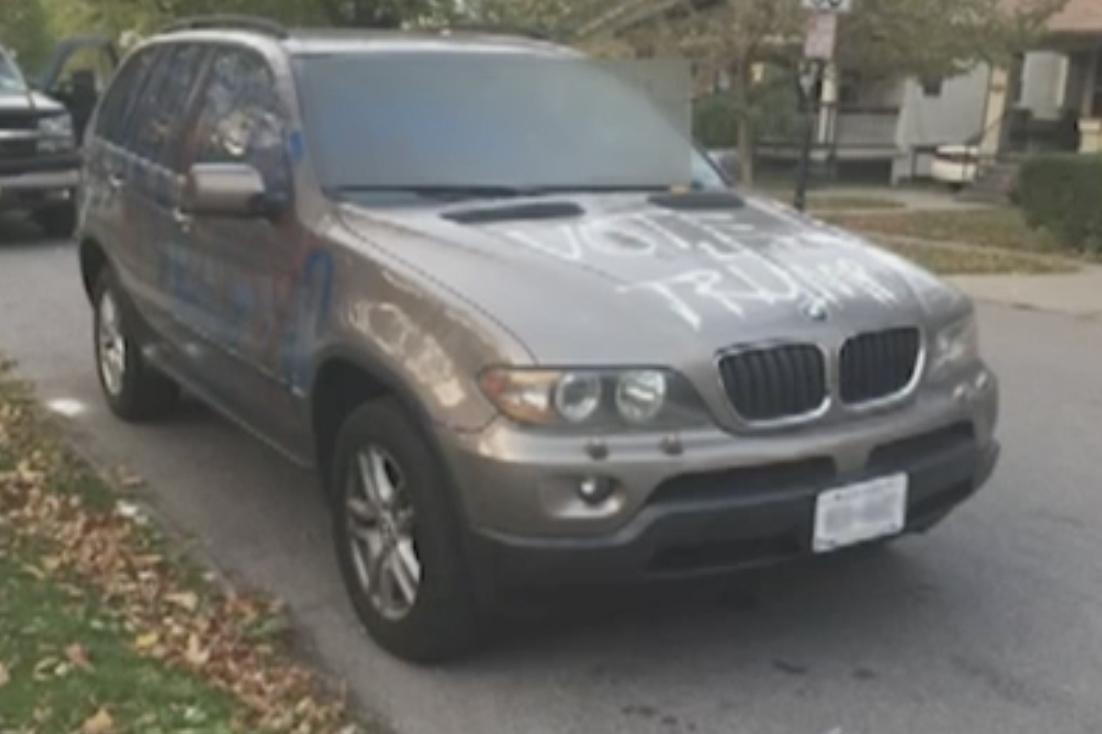 An 18-year-old Buffalo man who told authorities someone spray-painted his car with “Trump 4 President” allegedly vandalized the vehicle himself.

Clifton Eutsey claimed his 2004 BMW was smeared with swastikas and homophobic slurs, while the windshield had also been smashed and sugar poured into the gas tank, The Buffalo News reported.

Pictures of his battered car circulated on social media and Eutsey told WKBW he had no idea who would vandalize his car.

Erie County District Attorney John Flynn said a neighbor reported the vandalism on Oct. 15. He said there was video evidence that Eutsey vandalized his car.

Eutsey turned himself on Nov. 15.  He’s been charged with third-degree insurance fraud and falsifying a report.

He faces up to seven years in prison if convicted.

Tags:buffalo, graffiti, trump, vandalized
We use cookies on our website to give you the most relevant experience by remembering your preferences and repeat visits. By clicking “Accept All”, you consent to the use of ALL the cookies. However, you may visit "Cookie Settings" to provide a controlled consent.
Cookie SettingsAccept All
Manage consent