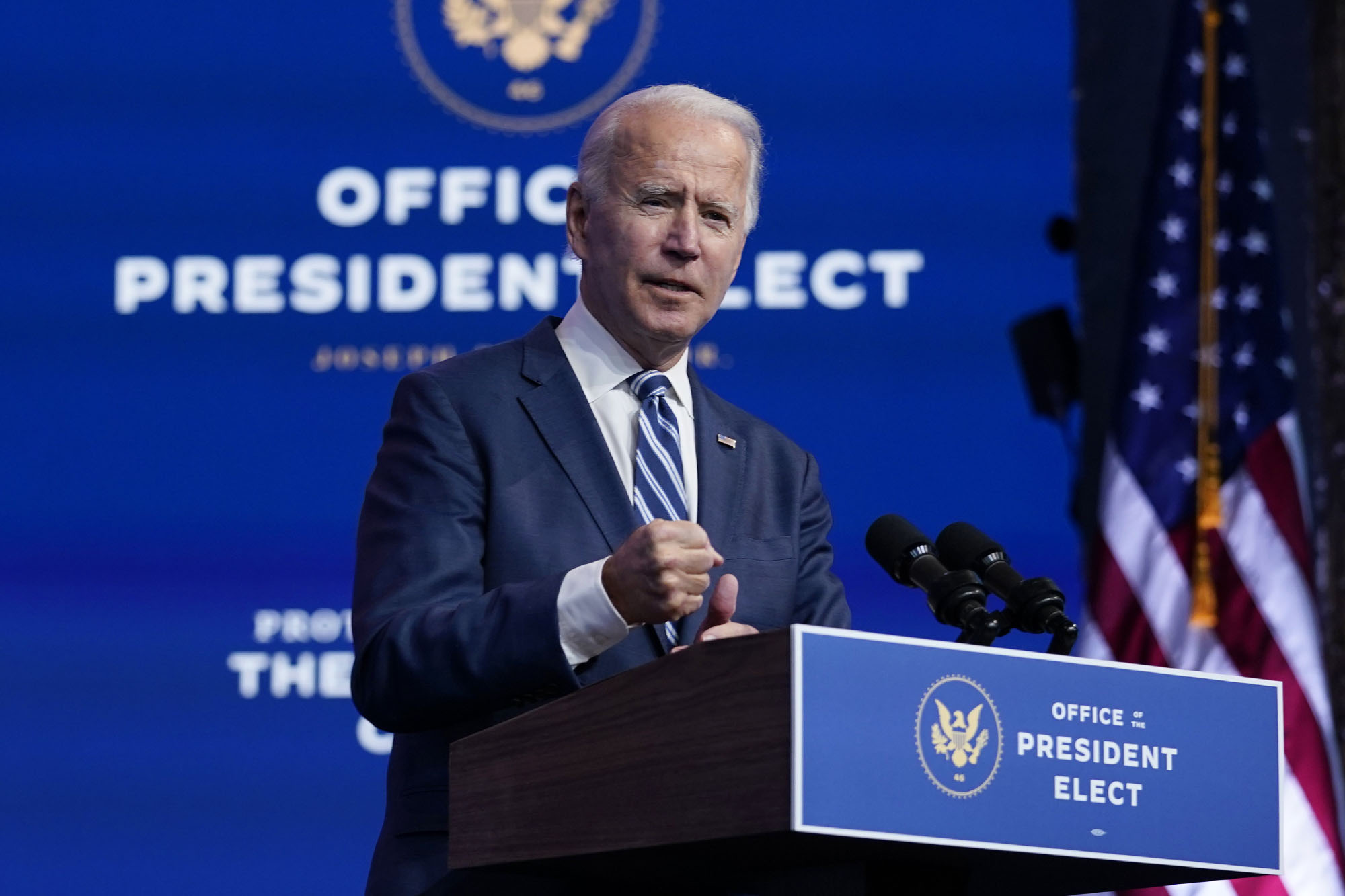 Joe Biden took questions from reporters for the first time since the presidential race was called in his favor, telling reporters in Wilmington on Tuesday that nothing would stop his transition even as President Trump challenges the results of the election.

The White House has directed senior government agencies to snub Biden’s transition team and the head of the General Services Administration, a Trump appointee, is refusing to release $6.3 million in funding for the incoming Biden team.

“We can get through without the funding,” Biden said. “We don’t see anything and it’s slowing us down, quite frankly.”

Citing their belief that there was widespread fraud in the election, Team Trump has filed several suits challenging the vote count in states where Biden narrowly won.

Biden, who has already named his COVID-19 task force and is expected to reveal his first cabinet members before Thanksgiving, is not able to meet with any agencies or see certain classified information until Trump concedes.

Still, he struck a hopeful tone and said his campaign would not be pursuing legal action to break the gridlock.

“We’re well underway and the ability for the administration in any way by failure to recognize our win does not change the dynamic at all and what we’re able to do,” Biden said.

“I’m confident that the fact that they’re not willing to acknowledge we won at this point is not of much consequence in our planning and what we’re able to do between now and January 20th,” he went on.

The former veep has spoken to six world leaders since the race was called for him on Saturday, and in those calls, Biden told allies: “America is back. We’re gonna be back to the game. It’s not America alone.”

When asked about Republicans refusing to accept the results of the election, Biden speculated that they did so because they were “mildly intimidated by the president” and maintained that they would recognize him eventually.

Biden said it was an “embarrassment” that the president was contesting the results and told reporters he looked forward to speaking with him.

“I think it will not help the president’s legacy,” he said of the impasse.

He called the case “the latest attempt by the far right ideologs” to take away health care from tens of millions of Americans and said he would usher in a strong health care plan, regardless of the outcome of the case.

“Regardless of the outcome of this case, I promise you this: beginning on January 20, the Vice President Elect Harris and I were going to do everything in our power to ease the burden of health care on you and your families, I promise you that,” he said.

“As I said I will protect your health care like it’s my own family,” he went on.

Tags:ahead, biden, challenges, transition, trump
We use cookies on our website to give you the most relevant experience by remembering your preferences and repeat visits. By clicking “Accept All”, you consent to the use of ALL the cookies. However, you may visit "Cookie Settings" to provide a controlled consent.
Cookie SettingsAccept All
Manage consent