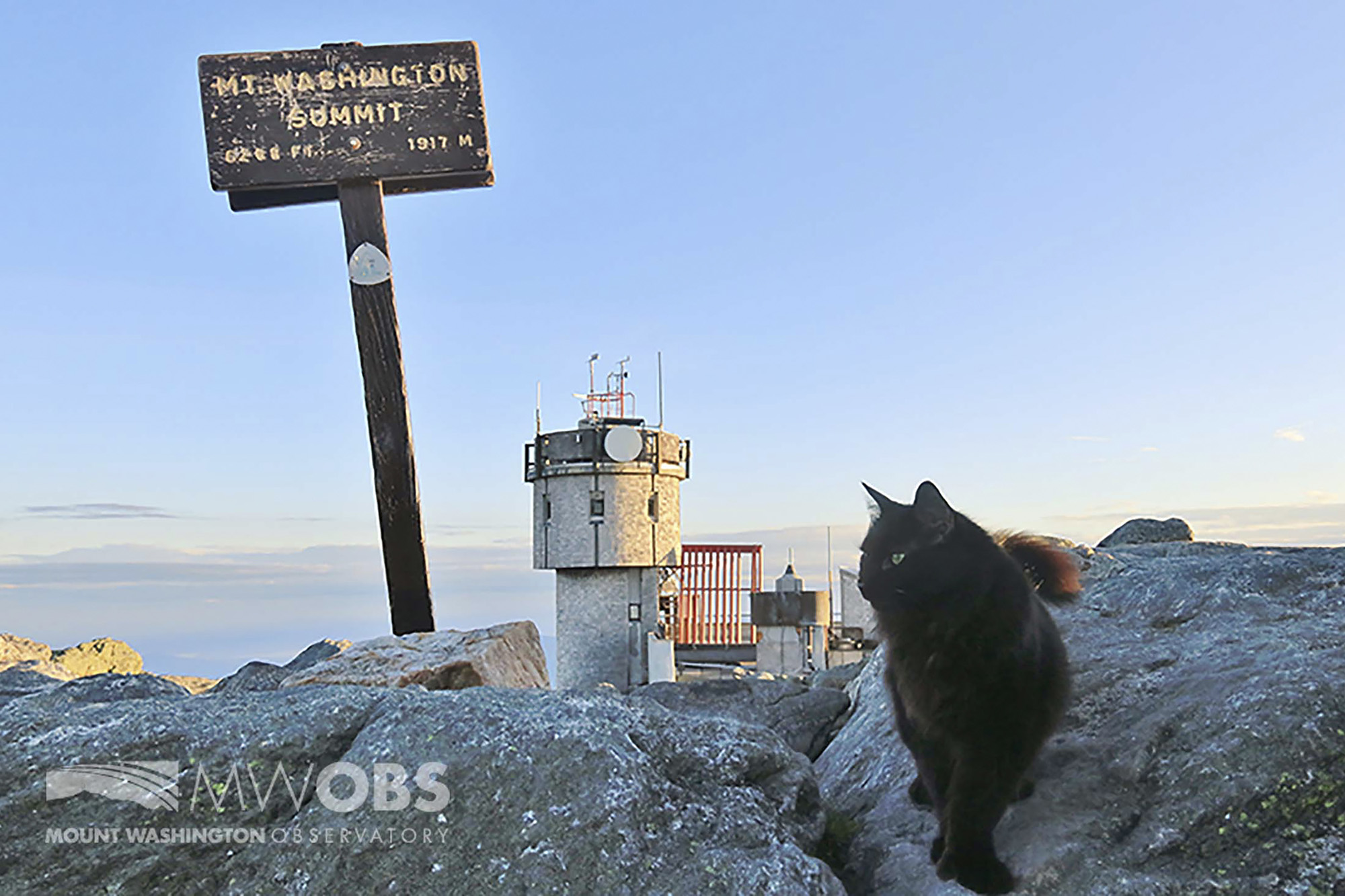 A beloved cat who spent the past dozen years comforting weather observers atop New Hampshire’s Mount Washington has died.

“As a past observer who lived on the summit for four years, I can tell you Marty was a special companion, entertainer and so incredibly loved by observers and state park staff and will be sadly missed,” she wrote.

In addition to keeping the summit dwellers company at the highest peak in the northeast, Marty was also known as the mountain’s mascot.

Cats have accompanied staff at the Mount Washington Observatory — known as the “home of the world’s worst weather — since 1932.

“The sun has set on Marty’s time here at the Observatory. It is with great sadness we announce the passing of Marty the Cat. There just aren’t enough words,” the tweet read.

Tags:beloved, comforted, observers, washington, weather
We use cookies on our website to give you the most relevant experience by remembering your preferences and repeat visits. By clicking “Accept All”, you consent to the use of ALL the cookies. However, you may visit "Cookie Settings" to provide a controlled consent.
Cookie SettingsAccept All
Manage consent