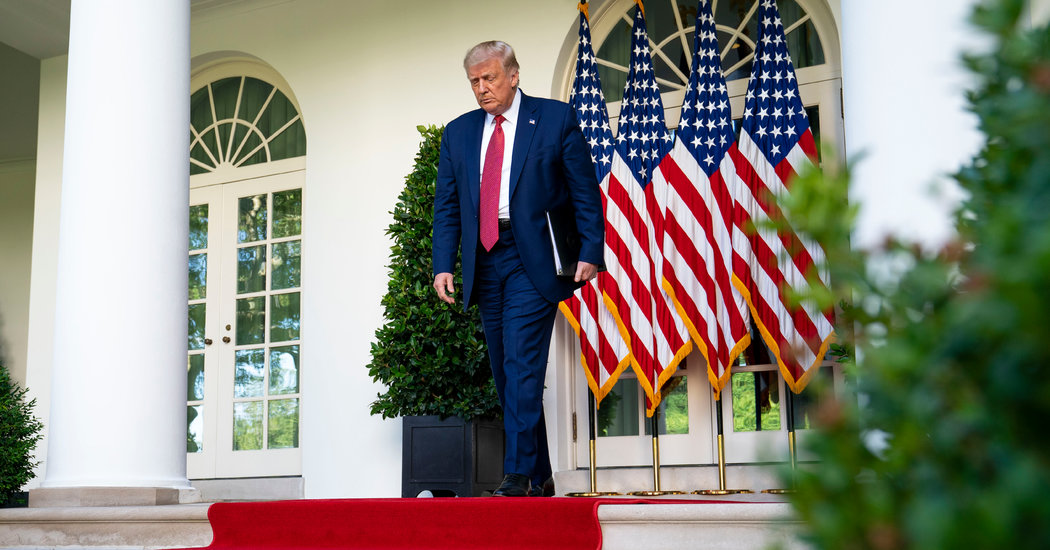 But the White House chief of staff, Mark Meadows, dismissed such criticism.“I don’t see anything inappropriate with the comments the president has made,” Mr. Meadows said, adding that “those were policy differences that the president highlighted” regarding Mr. Biden.As president, Mr. Trump is not bound by the Hatch Act, which was passed to ensure that federal employees were promoted on merit and not politically coerced. His subordinates are bound, though, but Mr. Trump has chosen not to punish them in the several cases where the Office of Special Counsel has found them in violation.In June 2019, the Office of Special Counsel, which is led by a former career prosecutor and congressional Republican aide appointed by Mr. Trump, issued a 17-page report detailing “numerous violations of the Hatch Act” by Kellyanne Conway, the White House counselor.Calling for Ms. Conway’s dismissal, the office warned that failure to punish her would “send a message to all federal employees that they need not abide by the Hatch Act’s restrictions.” But the White House dismissed the call, saying it was “as outrageous as it is unprecedented,” and took no action.Ms. Conway had previously drawn rebukes from lawmakers of both parties in March 2017 when, speaking from the White House Briefing Room during an appearance on Fox News, she urged viewers to buy merchandise sold by Ms. Trump that Nordstrom had recently dropped from its stores.On Tuesday, Ms. Trump posted a photograph on Twitter showing her smiling and holding a can of Goya beans. A message with it read, in both English and Spanish, “If it’s Goya, it has to be good.”Her tweet was a clear response to calls for a boycott of Goya Foods after its chief executive, Robert Unanue, said last week at a White House event that his fellow Latinos were “truly blessed” to have Mr. Trump as president. That event itself, organized around a largely symbolic executive order on Hispanic “prosperity,” had a heavily political feel and opened with an audience member shouting, “Four more years!”