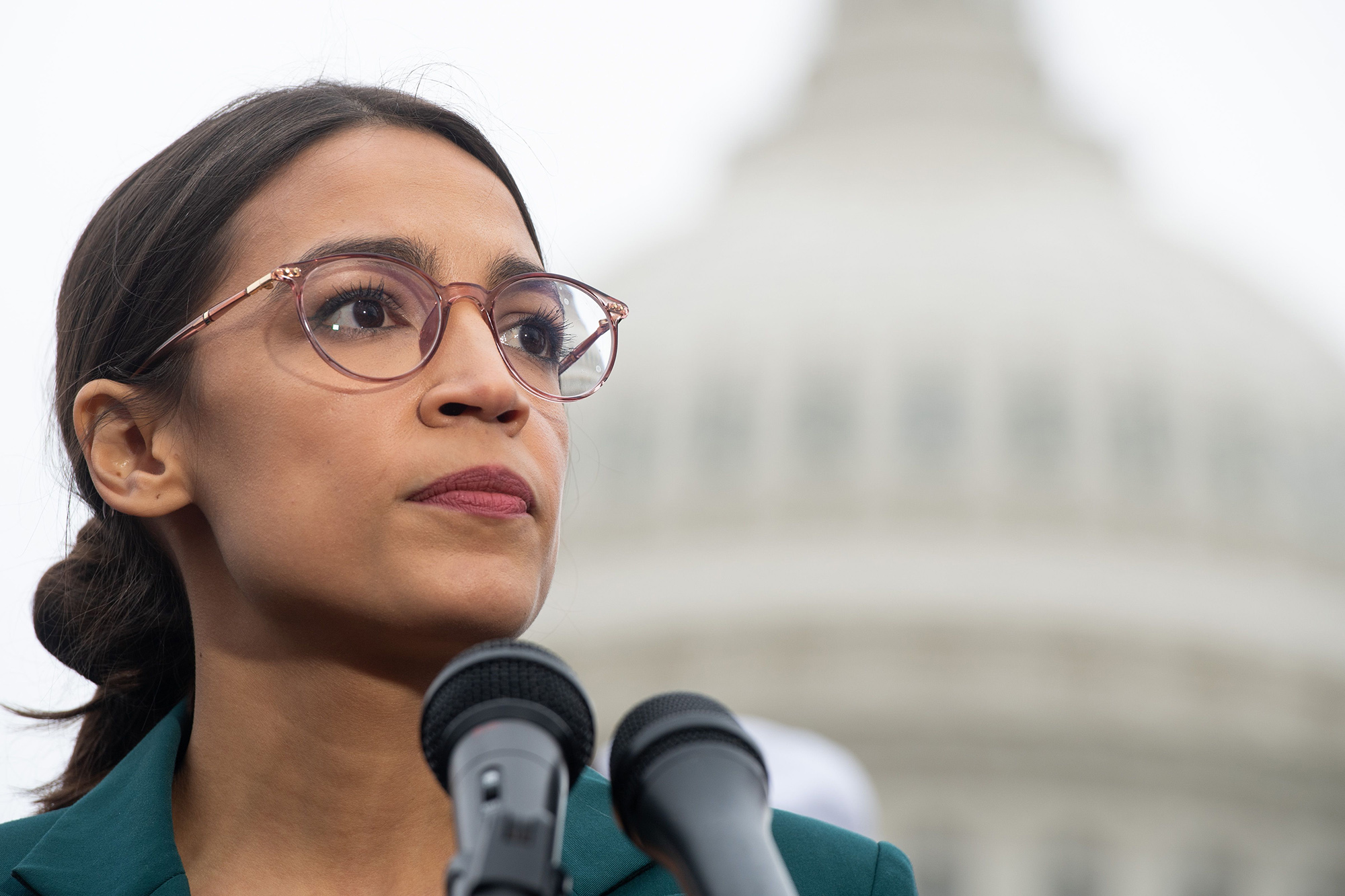 Rep. Alexandria Ocasio-Cortez defended her support for “defund the police” Thursday night after an election season in which Republicans weaponized the mantra to paint Democratic opponents as anti-cop and soft on crime.

AOC defended her position when a 14-year-old student asked her during a virtual town hall meeting to define the meaning of “defund the police.”

Ocasio-Cortez, the Democratic Socialist congresswoman who was easily reelected to a second term last week in the 14th district taking in parts of The Bronx and Queens, admitted that some critics were “apoplectic” over defunding the police.

But she complained that too much funding is pumped into the NYPD at the expense of other preventive safety measures, such as mental health workers and school guidance counselors.

“I believe the path toward justice is a long arc. Safety is not just an officer with a badge and a gun,” the congresswoman said.

“Our [police budget] is too high,” she said, citing a $6 billion figure for the NYPD.

She said unchecked spending on the NYPD “becomes a self-fulfilling prophecy” and crowds out spending on other needs such as housing and health care.

Moreover, she said many of her constituents complain that “too many people” are killed by “police violence” — with protests erupting after the police-related death of George Floyd in Minneapolis.

“It’s my job to listen. We need to invest in those other types of safety,” Ocasio-Cortez said.

“We need to stop being so reactionary,” she said.

AOC has been the center of criticism over Democratic losses in the House of Representatives.

Again, she defended her controversial leftist positions and sometimes being a thorn in the side of the Democratic Party establishment.

“I feel very centered and at peace. This is what you brought me to Congress to do,” AOC said.

She said she doesn’t just attack Republicans but holds “all institutions accountable and that includes the Democratic Party.”

The congresswoman said she would hold President-elect Joe Biden accountable, including following through on the Green New Deal plan. She served on Biden’s Climate Change Task Force that crafted the final product.

Ocasio-Cortez also emphatically disagreed with Democratic leaders that she doesn’t have anything worthy to say to help Dems win races in swing districts because she’s in a safe, blue district.

She said before she defeated Democratic Rep. Joe Crowley in the 2018 primary election convention wisdom thought the 14th CD was “highly moderate” and even “conservative.”

She said she represents a diverse, working-class constituency and “a community of organizers.”

Ocasio-Cortez said it’s too soon to figure out exactly why Dems fared so poorly in House races in swing districts, which considerably shrunk their House majority, without seeing more data.

But did opine, “We can be much better in our messaging … We have a lot of room for growth there.”

She said she was “encouraged” that candidates running to become the next chair of the Democratic Congressional Committee — particularly NY Rep. Sean Patrick Maloney — have sought her advice on how to campaign better.

“There’s a shift going on,” the congresswoman said.