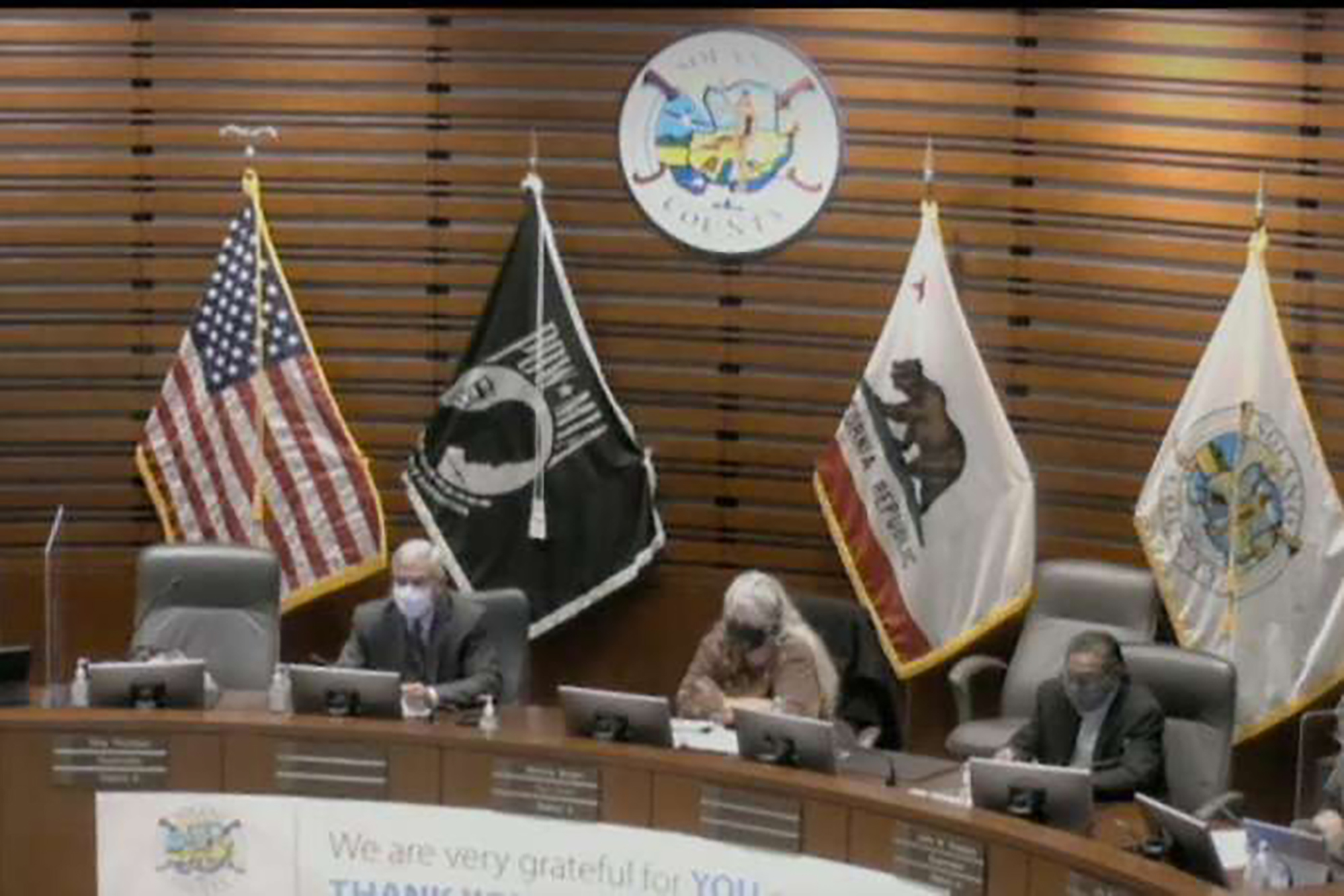 A group of anti-mask zealots gave the Nazi salute and shouted “Sieg heil” at a local government meeting in California in a bizarre protest of coronavirus restrictions, a report said Friday.

The group of about five people sat in chairs that had been blocked off for social distancing purposes and shouted the Nazi rhetoric before a Solano County Board of Supervisors meeting on Tuesday, the San Francisco Chronicle reported.

A supervisor told the newspaper the same group attends the meetings every week to oppose coronavirus restrictions set in place by Democratic Gov. Gavin Newsom.

“It is because of this attitude that this economy is not being open,” Thomson added. “Until we get the coronavirus under control, our economy will not be coming back.”

The group also compared the board of supervisors to the Third Reich for enforcing social distancing measures, according to the report.

Local news site the Daily Republic identified the protesters as members of a fringe political organization called the Solano County Committee of Correspondence, which was formed to “document all past, present and future usurpations of our God-given rights” by local government.