Homeamerican black politicsAndrew Giuliani, son of Rudy and aide to Trump, has COVID-19 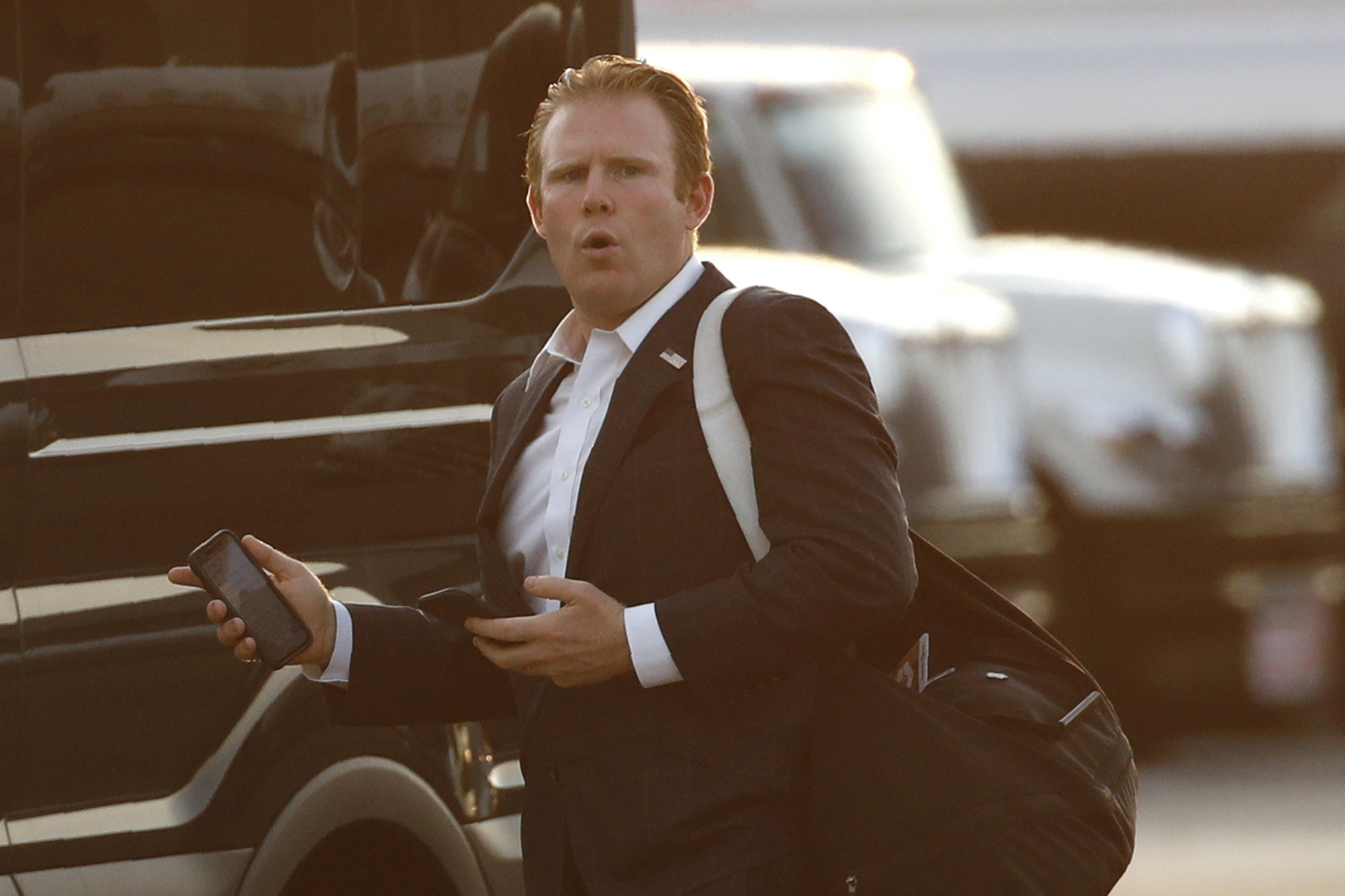 Andrew Giuliani announced Friday that he has contracted the coronavirus.

“This morning, I tested positive for COVID-19,” Andrew, son of Rudy Giuliani and aide to President Trump, tweeted Friday morning.

“I am experiencing mild symptoms, and am following all appropriate protocols, including being in quarantine and conducting contact tracing,” the younger Giuliani said.

“I am feeling OK. I have a light cold at this point,” Andrew said.

He said he felt a little off Thursday night.

The younger Giuliani is just the latest in a slew of Trump administration and campaign officials who’ve caught the bug during the pandemic — including the president himself.

As Andrew Giuliani battles COVID-19, his father, Rudy, is leading Trump’s long-shot legal fight to overturn the results of the 2020 presidential election.

As Rudy Giuliani claimed the election results were rigged during a press conference at Republican National Committee headquarters in D.C. on Thursday, Andrew was seen seen in the back of the room.

“I had a mask on the entire time,” Giuliani said.

Andrew Giuliani was also seen in the Rose Garden last Friday — not wearing a mask — when Trump gave an update on the White House’s Operation Warp Speed vaccine development and distribution efforts.

Andrew told The Post said he didn’t wear a mask at last week’s Rose Garden event but noted it was outside, and he was socially distanced from other participants.

Andrew Giuliani in September told The Post he has his sights on running for office in the future in New York — even following his father’s footsteps to become New York City mayor.

Tags:andrew, covid, giuliani, trump
We use cookies on our website to give you the most relevant experience by remembering your preferences and repeat visits. By clicking “Accept All”, you consent to the use of ALL the cookies. However, you may visit "Cookie Settings" to provide a controlled consent.
Cookie SettingsAccept All
Manage consent