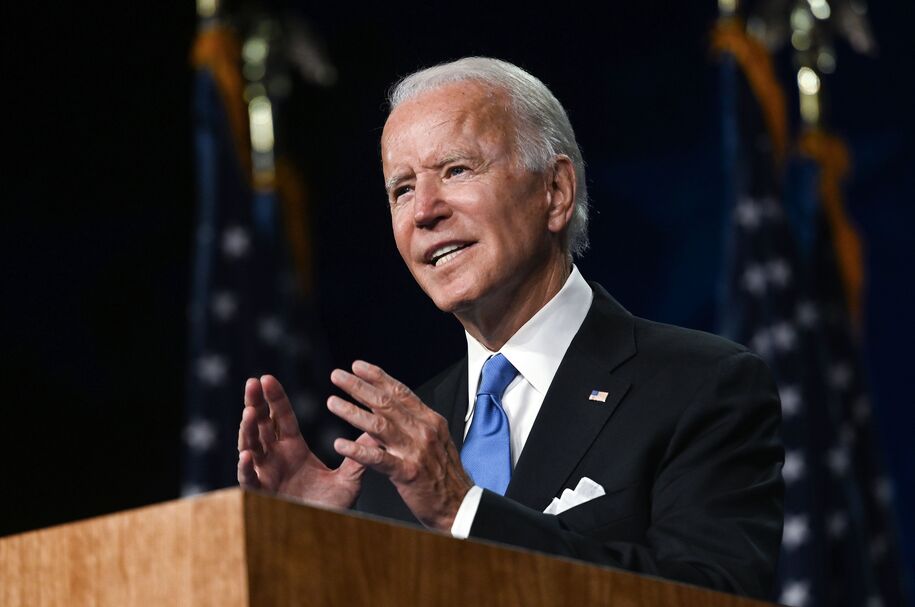 xArizona. Florida. Michigan. North Carolina. Pennsylvania. Wisconsin. Some combo of these states can free us from the route to autocracy we are on. Others can be won. But won’t be the tipping point. Those of you from the six above – the world needs you. And will owe you a debt.— David Plouffe (@davidplouffe) August 29, 2020

It’s hard to remember another presidential campaign in which concrete proposals and potential legislative initiatives have played such a minor role. Democrats have plenty of ideas for policy reform, as usual, but they did not make them the centerpiece of their public message in last week’s convention; Biden’s acceptance address mostly omitted the traditional “laundry list” of issue-specific domestic appeals in favor of a narrower focus on denouncing Trump as a threat to American values and mismanager of the COVID response.

But the Republican convention was even more devoid of a vision for the next four years that centered on the actual powers and responsibilities of the president, as opposed to its frequent expression of emotionally charged but mostly symbolic opposition to the media, national anthem protests, destruction of local statuary, and “cancel culture.” In the midst of an ongoing national economic and public health crisis that requires active, competent management to address effectively, it’s remarkable that our national debate at this moment isn’t more concerned with each candidate’s specific plans and capacities to solve the immediate, life-threatening problem that the nation continues to face.

No one says it like Daniel Dale in this tour de force:

What Donald Trump couldn’t bring himself to say: Takeaways from RNC Night 4

Having spent the past four years talking with voters across the country, I honestly can’t recall a single conversation — be it with a #resistance member or MAGA loyalist — that hasn’t touched on the topic of Trump’s personal comportment. It’s front-and-center no matter where you go or whom you’re talking to. Even the president’s most fervent supporters, after explaining their affinity for him, will stop and say something to the effect of, “His tweets drive me nuts” or “I would never speak the way he does.”

There’s a reason this week’s convention featured a long procession of speakers, from Matt Gaetz on Monday night to Ivanka Trump on Thursday night, explaining Trump’s actions as a means to an end and justifying it as the ugly business of getting stuff done. It’s a recognition that this is the president’s greatest liability — something that is on the mind of voters and permeates the public’s view of everything he touches, from the economy to the coronavirus.

I have faced the humiliating sexism of our party a dozen times over. I’m one of those suburban women any candidate needs to win, and I’ve had enough.

President Donald Trump’s four-day convention was one of dangerous division, sneaky sexism, blatant bigotry and exclusion. The contrast with the uplifting and unifying message of last week’s Democratic convention was stark.

This Republican convention was an opportunity for the president to reach out to the people — to all Americans — and invite them to come together as one. It was an opportunity for him to reset the tone of his campaign, make amends for his failures, and light a new path forward for our nation. Instead, he spent 70 minutes on an ugly tirade of lies and petty complaints. His acceptance speech was filled with racist dog whistles and ‘us vs them-ism” intended to frighten Americans and instill suspicion within us about all those “others” out there who aren’t like us.

When It Comes to Covid-19, Most of Us Have Risk Exactly Backward

We aren’t very good at discussing trade-offs, but we need to make some during this pandemic.

But as we loosen restrictions in some areas, we should be increasing restrictions in others. If kids are going to take on more risk at school, they should find ways to be even safer outside of it. Large groupings at a friend’s house are not a good idea.

Too many view protective measures as all or nothing: Either we do everything, or we might as well do none. That’s wrong. Instead, we need to see that all our behavior adds up.

xThis. I keep disappointing people who ask me “how will this affect the polls?” because “I don’t know, why don’t we see what the polls say next week” is a boring answer. https://t.co/lI4vKwLfrM— Kristen Soltis Anderson (@KSoltisAnderson) August 28, 2020

Here’s what we do know as of now with the latest national polls:

The live caller polls will come in over the next week. Sure, they aren’t state polls but check this fascinating thread form Dave Wasserman, based on his access to district level campaign polls:

xA lot of this polling was never publicly released, but both parties were detecting it. And a lot of statewide/national polls weren’t showing it, perhaps b/c of sparsity of PA/WI/MI polls, failure to properly weight whites by education, etc. But it turned out to be real.— Dave Wasserman (@Redistrict) August 28, 2020

xBut as the campaign intensifies and more casual voters start tuning in, I consider Biden’s support in white-working class districts much more fragile. A lot of these politically low-engaged voters live in a local news/info ecosystem that is much Trump-friendlier than elsewhere.— Dave Wasserman (@Redistrict) August 28, 2020

xBottom line: as much as I watch all the state/national polls that generate all the buzz, I’ll be watching these district polls like a hawk. So far, I haven’t seen much evidence of “the shift” part deux. Maybe it will never happen! But it’s still August. Long way to go.— Dave Wasserman (@Redistrict) August 28, 2020

Four Years Later, It’s Still All About the Base

But, while many are looking for signs that Trump is filling in cracks in his base, Trump’s real problem is much deeper. Trump is trailing, not because he’s losing his 2016 base, but because he has never expanded beyond it.

This week I dug into the most recent national poll from Pew research (7/27-8/2) and compared it with the results of their 2016 validated vote survey (basically, a post-election exit poll that uses official voting records). What you find is that Trump is hitting his 2016 share of the vote among most demographic groups. But, he’s not grown beyond those voters. Instead, it’s Biden who has improved markedly on Clinton’s 2016 performance.

Now, the all-important caveat. The voter validated survey is of people who actually voted in 2016, while the July-August survey is of registered voters. In other words, some of the people in the July-August survey may not vote, while everyone in the 2016 survey did. But, it does help give us some perspective on how Trump is performing with key demographic groups compared to how he did with them in 2016…

So, how can this work? If Trump isn’t really losing support from his 2016 base, but Biden is gaining on Clinton’s performance, where are those extra votes coming from?

Answer: a lot is coming from voters who supported third-party/other candidates in 2016. According to the Pew July survey, voters who didn’t support either major party candidate last election are now breaking decidedly for Biden — 55 percent to 39 percent. This group of non-Trump/non-Clinton voters doesn’t get the attention of Obama-Trump voters or suburban moms, but they are a not-insignificant portion of the electorate.

Biden has an 8 point lead in this version, and you can compare how he’s doing vs Clinton with individual demographics. For example, Biden is +9 with men compared to Clinton while 2020 Trump is down 4 compared to 2016 Trump. And make that +2 Biden and -1 Trump with seniors, +14 and -3 respectively with indies.

3 Takeaways from the RNC

Even as Republicans pulled off a mostly-virtual convention experience that matched the bar set by Democrats a week earlier, the contrast with emerging natural and social disasters in different parts of the country served as a stark reminder that for all the best laid plans, elections turn on events. Some 15 to 20 million people watched the convention each night, with many more consuming second hand coverage. While that is a lot of people on its face, the audience is disproportionately comprised of politically engaged Americans whose minds are already made up. Which is not to say the big stage doesn’t matter, but that unforeseen happenings which stand to intercede in the next 67 days are likely to have more bearing on the outcome of the election than the prime time speeches or debates that have long been circled on the calendar.