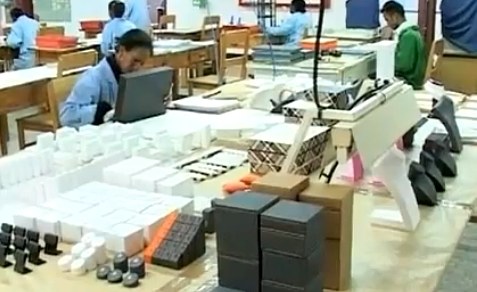 Washington, DC — The African Continental Free Trade Agreement is a Game Changer
Key Points:
The new African Continental Free Trade Agreement (AfCFTA) will bring economic development across the continent, as well as significant opportunities for American companies looking to do business there. The United States should negotiate a Free Trade Agreement (FTA) with Africa. African countries integrate under the AfCFTA, their economies will prosper and they will be eligible to graduate from the African Growth and Opportunity Act (AGOA) program. Eventually, AGOA will be folded into the U.S.-AfCFTA Free Trade Agreement. The U.S. government should aggressively support American companies hoping to access African markets.
The advent of the AfCFTA completely transforms trade between Africa and rest of the world. The United States must now forge an innovative and robust business relationship with Africa, with the goal of an eventual FTA.
The new AfCFTA offers immeasurable development opportunities for Africa — an upsurge of American companies will mean increased capital flows, technology transfer, employment opportunities and access to the U.S. market, and much more for Africans. And it will open markets for American companies across the continent that were previously too difficult to access. In so doing, it will create U.S. jobs, augment U.S. overseas markets and boost revenue flowing back to the United States.
The African Continental Free Trade Agreement
The AfCFTA will develop Africa’s economies and offers tremendous opportunities to American companies
The AfCFTA is a remarkable achievement. It launches on January 1, 2021, with selective tariff reductions. It builds on harmonization and integration work done in Africa’s regional economic entities in recent decades.
Under the AfCFTA, countries across Africa will unite their economies into an enormous continent-wide trading block – estimated to comprise anywhere from $2-4 trillion in consumption and investment. A Secretariat has been established in Ghana and work to harmonize regulations, reduce tariffs, eliminate non-tariff barriers, promote free movement of persons across the continent and more — has begun. The eventual goal is a continent-wide, single trading entity.
The first task of the AfCFTA will be focused inward – to merge the economies of the continent. Benefits to African countries will include broadening and integrating supply chains, increased innovation, enhanced competition and productivity and more. Smaller countries will be given opportunities to catch up with their larger, richer and more economically diversified neighbors.
The AfCFTA’s second task will be outward focused — the eventual establishment of economic relations with the rest of the world as a single, continent-wide entity. The economic potential of a unified Africa will be considerable, and its desire to negotiate trade agreements of intense interest to trading partners.
The U.S. goal should be a Free Trade Agreement with Africa
The United States should make a U.S.-AfCFTA Free Trade Agreement its goal (the European Union is already referencing a continent-to-continent FTA in the future). The AfCFTA will bring significant opportunities for foreign companies looking to do business with Africa; American firms will be able to establish in one country and expand operations across national borders.
The AfCFTA will take time to be implemented, the United States should along the way:
Refrain from negotiating bilateral agreements with individual African countries – they undermine the objective of a unified Africa and risk alienating the rest of the continent; Seek assurances from the Africans that the U.S. will not be disadvantaged by the European Union’s (EU) Economic Partnership Agreements (EPAs). (Indeed, it is not clear whether the EPAs will benefit the EU and Africa given the greater potential of the AfCFTA; in any case few of them have been implemented); Ensure that American companies will be able to take full advantage of the provisions of the AfCFTA as they are implemented; and Offer to work with the new AfCFTA Secretariat at the technical level as tariffs are reduced and the Agreement itself is deepened to include additional trade-related disciplines.
The African Growth and Opportunity Act

AGOA addresses one half of our trade with Africa – exports from the continent to the United States
No discussion of U.S.-Africa trade would be complete without a discussion of AGOA. AGOA is a 20-year-old program created by Congress that has enjoyed broad bipartisan support and is in place until 2025. AGOA grants duty free entry for 6500 products into the United States from Africa.

To qualify for AGOA benefits, countries must adhere to standards for worker rights, free and fair elections, anti-corruption efforts and more. An annual internal U.S. government review determines whether AGOA beneficiaries are abiding by their commitments to these standards, and if countries should be added to, or dropped from, the AGOA program.
AGOA has long been referred to as “the cornerstone of U.S.-Africa trade policy.”  However, AGOA addresses only one half of the trade equation – exports from Africa to the United States. It was intended to allow African countries to develop their export sectors by making the entry of their goods into the United States duty free. AGOA was never equipped to assist U.S. businesses looking to invest in, or trade with, Africa. That must be done through other means.
As the AfCFTA stands up, AGOA will wind down
Countries “graduate” out of AGOA (that is, they no longer are eligible to receive benefits) if they are determined to be “high income economies” as defined by the World Bank. Seychelles achieved this status and was graduated from AGOA in 2017; Mauritius was recently determined to have met this benchmark and presumably will be graduated as well.
As countries begin to prosper from measures undertaken through the AfCFTA, more of them will reach “high income status” and therefore be graduated out of the AGOA program. Over time, the number of beneficiary countries should steadily decline.
When the U.S.-AfCFTA FTA is signed, AGOA will cease to exist
FTAs are designed to reduce and/or eliminate tariff and non-tariff barriers between (or among) countries. By eliminating the duty on many African products coming into the U.S., the U.S. has provided benefits normally associated with an FTA. However, U.S. goods are still subject to duties when entering African countries – and reducing or eliminating those would be a critical part of the FTA negotiations. As is the norm, an FTA with the AfCFTA would set all policy with respect to tariffs, resulting in AGOA being superseded and disappearing.
U.S. Trade and Investment Going to Africa – the Other Half of the Equation
The U.S. Government should take an aggressive, multi-faceted approach to supporting American companies looking to do business with Africa
The United States government has a broad array of programs designed to train Africans in business and to assist American companies entering African markets. Programs through the Department of Commerce, U.S.AID, the State Department and more, can be strengthened with additional resources and new programs can be created. Below are a few of my suggestions – there are certainly many more.
Emphasize that increasing the U.S. business presence in Africa is a top priority. Name a Special Envoy for U.S. Business in Africa. Reinstall Foreign Commercial Service Attaches (including virtually) in U.S. Embassies across Africa. Fully staff and fund the existing U.S.AID Trade Hubs in Africa; establish more as needed in areas that are geographically distant from the current hubs. Ensure that the intent of Prosper Africa to link up U.S. government agencies helping American companies enter African markets is met, and that “deal teams” in U.S. missions in Africa have the staff, funding and flexibility to perform their duties. Ensure that the U.S. International Development and Finance Corporation (DFC) is fully funded and has maximum flexibility to provide the financing and support that American companies entering the African market need. Focus on the continent’s businesswomen – they form the backbone of Africa’s economies. Expand funding and resources for the African Women’s Entrepreneurship Program (AWEP) that brings the continent’s elite businesswomen to the United States for business training and matchmaking. Focus on Africa’s young people. Increase resources and funding for the Young African Leaders Initiative (YALI). Ensure that each program curriculum contains a robust business training segment.
Above all, consult closely and constantly with U.S. business to see what they need and suggest.
It is imperative that the absence of American companies in Africa be reversed. The continent is replete with old friends and allies; a strong American business presence there would be welcome and benefit both sides.
Joan Wadelton negotiated trade and investment treaties at the U.S. Department of State and the Office of the U.S. Trade Representative. This article was first published on WhirledView.