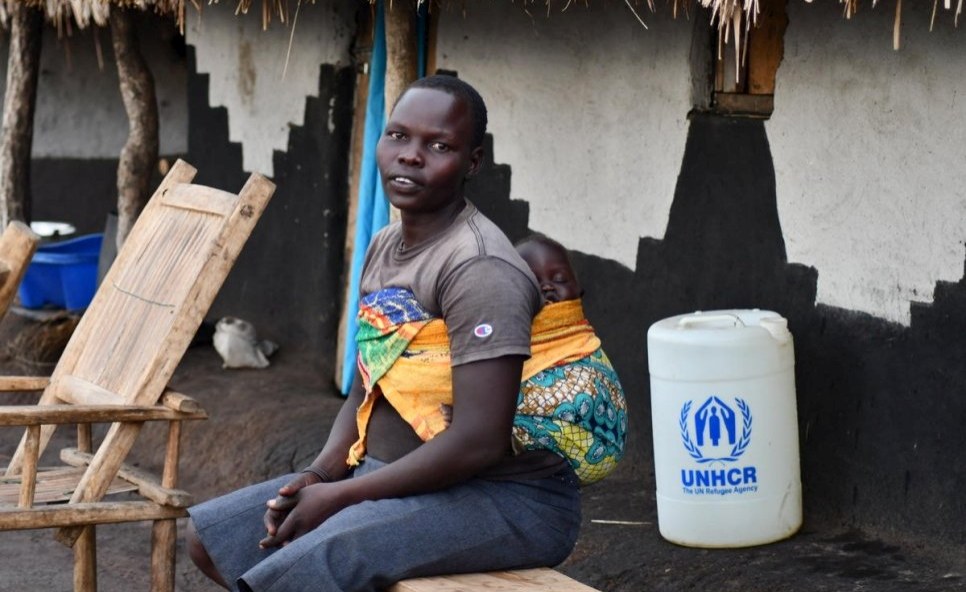 Refugee resettlements in 2020 reached historic lows despite record-high numbers of displaced people in need. At the same time, substantial funding gaps remain. This is increasing pressure on African host countries, exposing refugees to enhanced risks and driving irregular migration.
In 2020, only 22 770 refugees out of 79.5 million displaced people were resettled by 20 countries through the United Nations Refugee Agency (UNHCR) – the lowest number since the agency started collecting this data in 2003. The record high was 126 291 in 2016.
Africa has the highest resettlement needs worldwide, yet only about 7 000 Africans were resettled in 2020. There are over 26 million displaced people on the continent. This number has increased nearly threefold in the past decade and continues to grow due to ongoing and new crises. Africa represented the largest increase in the number of displaced people in the first half of 2020.

Concurrently, refugee returns have decreased as many conflicts prove intractable. Only a fraction of displaced Africans can go home each year – 341 100 in total in 2018. More than three quarters (77%) of the world’s refugees are now in protracted situations.
Most displaced Africans flee to neighbouring low-income countries that continue to accept refugees despite limited resources. Many host states don’t allow free movement or grant rights to work or study. Most people live in temporary camps or camp-like situations. Resettlement is one of the only permanent solutions available but with such low resettlement offers, their chances of being selected are negligible.
Africa has the highest needs worldwide, yet only about 7 000 Africans were resettled in 2020
The UNHCR has identified 1.44 million of the most vulnerable people – children, elderly, victims of violence – as urgently needing resettlement. The millions of others, such as young single men, have little chance of being accommodated.

This lack of options drives irregular migration. Instead of waiting indefinitely for solutions, some are compelled to pursue risky travel to a country where they can claim asylum on arrival. The non-refoulement principle protects them from being deported and requires that their cases be heard.
In 2020, almost 75 000 people – more than triple the number of global resettlements – crossed the Mediterranean by boat despite great risks and significant barriers. Most claimed asylum on arrival.
While COVID-19 has influenced the decrease in resettlements, it’s primarily due to cuts by the Donald Trump administration. The US president sets an annual resettlement quota at the beginning of the fiscal year. For decades before Trump, the US had the highest annual intake of refugees. As part of an anti-immigrant stance, Trump reduced quotas each year to record lows – from 85 000 in 2016 under Barack Obama to 15 000 in 2021.

COVID-19 influenced the fall in resettlements, but it’s primarily due to Trump administration cuts
The Trump administration also applied its travel ban to exclude refugees from some countries and created complicated and slow ‘extreme’ vetting procedures. It shifted priority away from vulnerable people from Africa or the Middle East towards Christians from Europe or former Soviet Republics.

Cuts to the US programme have severely impacted global numbers. Only about 30 countries resettle refugees and most have not significantly increased their intakes to compensate for US shortfalls. All European Union member states combined resettled only 8 290 refugees in 2020.
US President Joe Biden has pledged to raise the refugee intake to 125 000 annually, hopefully pressuring other countries to increase their commitments. Advocates for resettlement warn that this increase will only be symbolic until the dismantled refugee system can be fully restored.
Some resettlement countries, such as the United Kingdom and Australia, are showing worrying signs that they’re using COVID-19 as an excuse to advance anti-immigrant agendas and reduce refugee intake in the longer term. Most of the refugee situations in Africa are chronically neglected.
Some resettlement countries use COVID-19 to advance anti-immigrant agendas and reduce intakes
In August 2020, the UNHCR had a 51% overall funding gap and issued urgent appeals. Six of the top 10 most underfunded situations were in Africa: South Sudan, the Democratic Republic of the Congo, Somalia, Central African Republic, Burundi and the Mediterranean Route. East Africa, the Horn and the Great Lakes were the least funded regions in the world. The South Sudan situation – affecting over 2.3 million people – received only 25% of its 2020 funding requirements.
Lack of funding is directly impacting basic needs including food, water, shelter and hygiene. Education, psychosocial support for survivors and child protection have been cut. The World Food Programme has warned that it must further reduce monthly relief cash and food rations by 10% for 1.26 million refugees in Uganda. Their rations had already been reduced by 30% in April 2020.

Uganda hosts the largest refugee population in Africa (1.4 million), including tens of thousands of new arrivals in 2020. The country is widely celebrated for its progressive refugee policies and is one of the six African Global Compact on Refugees’ (GCR) roll-out countries.
Two of the four GCR objectives are to ease pressure on host countries and expand access to third-country solutions. Yet the UNHCR’s Uganda appeal is currently only 44% funded – again. Its 2017 Solidarity Summit on Refugees only generated only US$350 million of its US$2 billion target.
These conditions expose refugees to additional hardship and risks. They add to host countries’ burdens at a time when COVID-19 is disproportionately affecting African economies and exacerbating poverty.
Refugee resettlement is fundamental to well managed migration and refugee systems. Yet many countries focus on border security and reducing pathways that negatively impact Africans while resettling few refugees and allowing appeals to go underfunded. This situation drives irregular migration and requires a global commitment to strategies that include increased resettlement and responsibility sharing.
Aimée-Noël Mbiyozo, Senior Research Consultant, Migration, ISS Pretoria