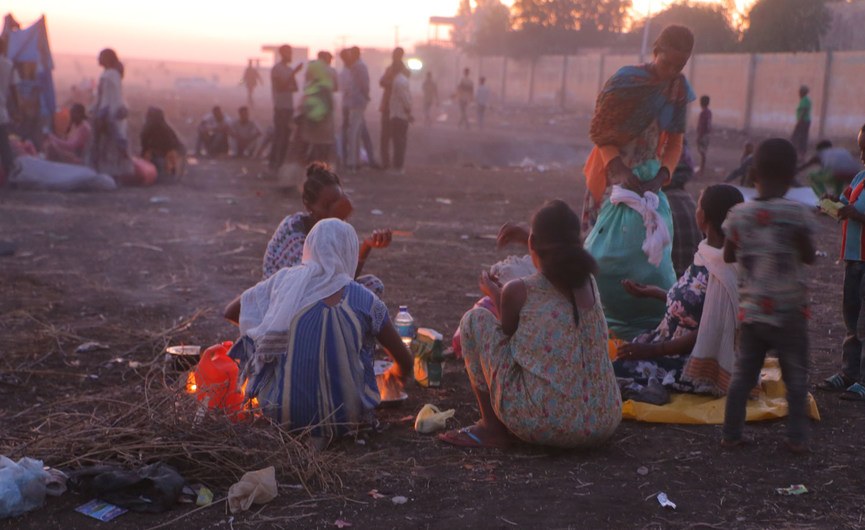 Nairobi — US President Joe Biden wants Kenya to use its position as chair of the African Union Peace and Security Council (AUPSC) to help end conflicts in Ethiopia and Sudan.
In the first formal telephone call with President Uhuru Kenyatta since he took charge, Mr Biden pledged a lasting partnership, and a focus on regional peace and stability, taking advantage of Kenya’s membership of the UN Security Council.
A call readout shared by the White House said the two leaders vowed to strengthen their bilateral relations especially on matters affecting the Horn of Africa.
“The President affirmed the importance of the strong US-Kenya bilateral relations. He also emphasised the United States’ continued commitment to working closely with Kenya to support regional peace and security, including at the United Nations Security Council,” a dispatch from the White House said of the Thursday call.

Kenya’s leadership
President Biden, who spoke to President Kenyatta in December and promised co-operation on security, refugees, climate change and other challenges, made the call as Kenya prepares to chair the council in March.
He commended Kenya’s leadership in the Horn of Africa and its “commitment to counter-terrorism, economic growth, addressing climate change, and sustainable development.”
As chair of the AUPSC, Kenya will be expected to lead the agenda for the continental body.
Last week, Kenya proposed that the continental body strengthens a common stand by all its three members in the UN Security Council.
A draft agenda proposed by Nairobi says the continent must address underlying crises especially in the Horn of Africa, climate change, sustainable peacekeeping operations and strengthening transitions in countries like Sudan.

Kenya says the proposal was adopted based on its own policy of seeking stability in the region for its own welfare, and should be implemented with “like minded States in order to achieve it”.
A3 bloc
Kenya will be a member of the UN Security Council until December next year. Nairobi says its position will be useful for Africa as its three members — Tunisia, Niger and Kenya, known as the A3 — give a common position on key crises across the continent.
“The A3 bloc plays a critical role in shaping security council debates, breaking geo-political deadlocks and guiding the council’s collective action. African unity is essential towards achieving these efforts,” Kenya’s Embassy in Addis Ababa, the seat of the AU, says in preparatory notes seen by the Nation.

“Unified A3 positions on African files are strengthened particularly when informed by decisions of the AUPSC as they provide legitimacy, credibility and leverage in A3 engagements with other council members.”

With each of the A3 members having their own limited influence in the UN Security Council, however, Africa’s position must often get the endorsement of the permanent five members which include the US, France, Russia, UK and China. Kenya says chances of traction are increased if Africa speaks as one, based on resolutions of the African Union.
Last week, the A3 stood behind Somalia’s Federal government, encouraging parties to engage in dialogue and end their continual electoral impasse, in a statement presented by Tunisia.
The A3 also presented AU’s position on the African Union Mission in Somalia (Amison), asking that any extension of mandate by the council be done in consultation with Somalia and the continental body.
The UNSC has no permanent member from Africa, but seven in every 10 decisions have involved the continent.
Tigray crisis
In the Thursday call, the US sought Kenya’s role in ongoing crises, especially in Ethiopia’s Tigray region, where fighting has continued and led to mass displacement and deaths.
“Presidents Biden and Kenyatta discussed the deteriorating humanitarian and human rights crises in Ethiopia’s Tigray region and the need to prevent further loss of life and ensure humanitarian access. The leaders also discussed the need for cooperation on other matters of regional stability.”

Addis Ababa has been preoccupied with pacifying the Tigray region ever since Prime Minister Abiy Ahmed endorsed a crackdown on the Tigray People’s Liberation Front.
At the end of November, PM Abiy said the group had been defeated but fighting has continued since. Amnesty International on Friday reported that there had been “killings” of civilians by Eritrean troops fighting alongside Ethiopia, reflecting violations by government forces.
A statement from State House Nairobi said the US will collaborate with Kenya on economy, peace and security, human rights and the “humanitarian situation in the Horn of Africa”.
Washington did not refer to negotiations for a bilateral trade agreement by the Trump administration but Nairobi said the call reflected how such an agreement could enhance ties.
At the AU, Kenya also said it will front issues to do with women empowerment and climate change, which Washington has pledged to support.