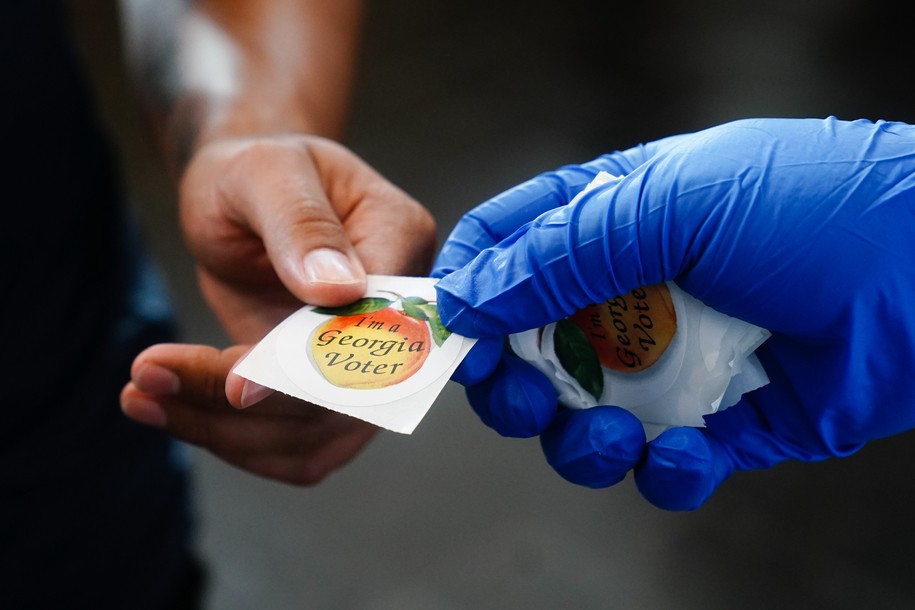 The decision comes after the New Georgia Project sued Secretary of State Brad Raffensperger in his official capacity along with several other election officials. In 2018, U.S. District Court Judge Louis Sands determined Dougherty County, in southwest Georgia, had to accept late arriving ballots. Hurricane Matthew hit Dougherty County hard, causing disruptions to mail service. Ballots were delayed in being mailed to voters as well as mail being rerouted through Tallahassee.

A spokesperson for the secretary of state told Atlanta’s CBS News that allowing the extended time would be a problem for election officials. Deputy Secretary of State Jordan Fuchs informed CBS News they were appealing the decision immediately.

Ufot called the appeal a waste of money. “Why in the middle of a pandemic would they not want to lean in to these best practices that have been proven all over the country and make it easier for people to vote and participate in our elections,” Ufot said.

Several other states accept ballots postmarked the day before or on Election Day, but received after Election Day. Deadlines for military and overseas ballots may differ. Ballot rejections including for signature match issues a major challenge to scaling up absentee ballot use ahead of the general election.

During the June primary, All Voting is Local found discrepancies in Chatham, Cobb, and Gwinnett Counties in which voters ballots were more likely to have a signature match issues. “What we noted in Chatham, Cobb and Gwinnett Counties is that Black and brown voters made up a small share of folks who would actually request their absentee ballots,” said Aklima Khondoker, Georgia state director for All Voting is Local. According to Khondoker, Chatham County Black voters made up 36% of the absentee ballot request but 44% of all rejections. Black voters were nearly half to the ballots rejected for signature match issues. Similar patterns were found in Cobb and Gwinnett.

“It is unclear what the cure process even is, because what we have heard is [the counties] have backlogs of issues,” Khondoker said. “We haven’t received any information as far as how people are being notified [about issues].”

Khondoker said having the online portal is exciting, but some Georgia voters might not be able to take advantage of this new option. “That capability is only open to people who have a Georgia driver’s license [or state ID],” said Khondoker. “We know this limits the functionality of that tool for many other voters who may not have a Georgia driver’s license for whatever your reasons.”

Georgia has several forms of ID that are acceptable for voting including student IDs and a passport. While some county boards of election permit voters to submit absentee ballot applications by fax or email, using the online portal would limit the need to print and scan an application.

All Voting is Local and other voting rights organizations have called on Georgia, considered a “national leader in elections” by the secretary of state’s office, to prioritize keeping Georgia voters informed particularly in light of the added concerns from the pandemic. Khondoker raised concerns about renewed focus on list maintenance given the limited resources available to the state and counties ahead of the upcoming election.

“We sent a letter out to the secretary of state’s office [last[ Friday, urging them to pause any list maintenance work right now,” Khondoker said. “[This would] ensure that there aren’t any mistakes that could result in hundreds of thousands of people being inadvertently placed on an inactive list.”

Ahead of the 2018 election, then Secretary of State Brian Kemp settled a lawsuit brought by the American Civil Liberties Union (ACLU) after his office declared thousands of voters inactive who had moved within the same county but had not confirmed their new address. In the summer of 2017, over 380,000 Georgia residents received notices that they were inactive, causing confusion over their voting status. The ACLU of Georgia maintained the notices violated the National Voter Registration Act of 1993.

Ufot said that an “enterprising” county board of elections or other elected officials should be doing the work of making sure that every eligible voter has access to vote by absentee ballot. “For the most part it’s been civil rights and voting rights organizations that have been doing the heavy lifting of voter education and voter mobilization,” Ufot said. “This is a role that county boards of elections can play.”

Prism is a BIPOC-led nonprofit news outlet that centers the people, places and issues currently underreported by our national media. Through our original reporting, analysis, and commentary, we challenge dominant, toxic narratives perpetuated by the mainstream press and work to build a full and accurate record of what’s happening in our democracy. Follow us on Twitter, Facebook, and Instagram.