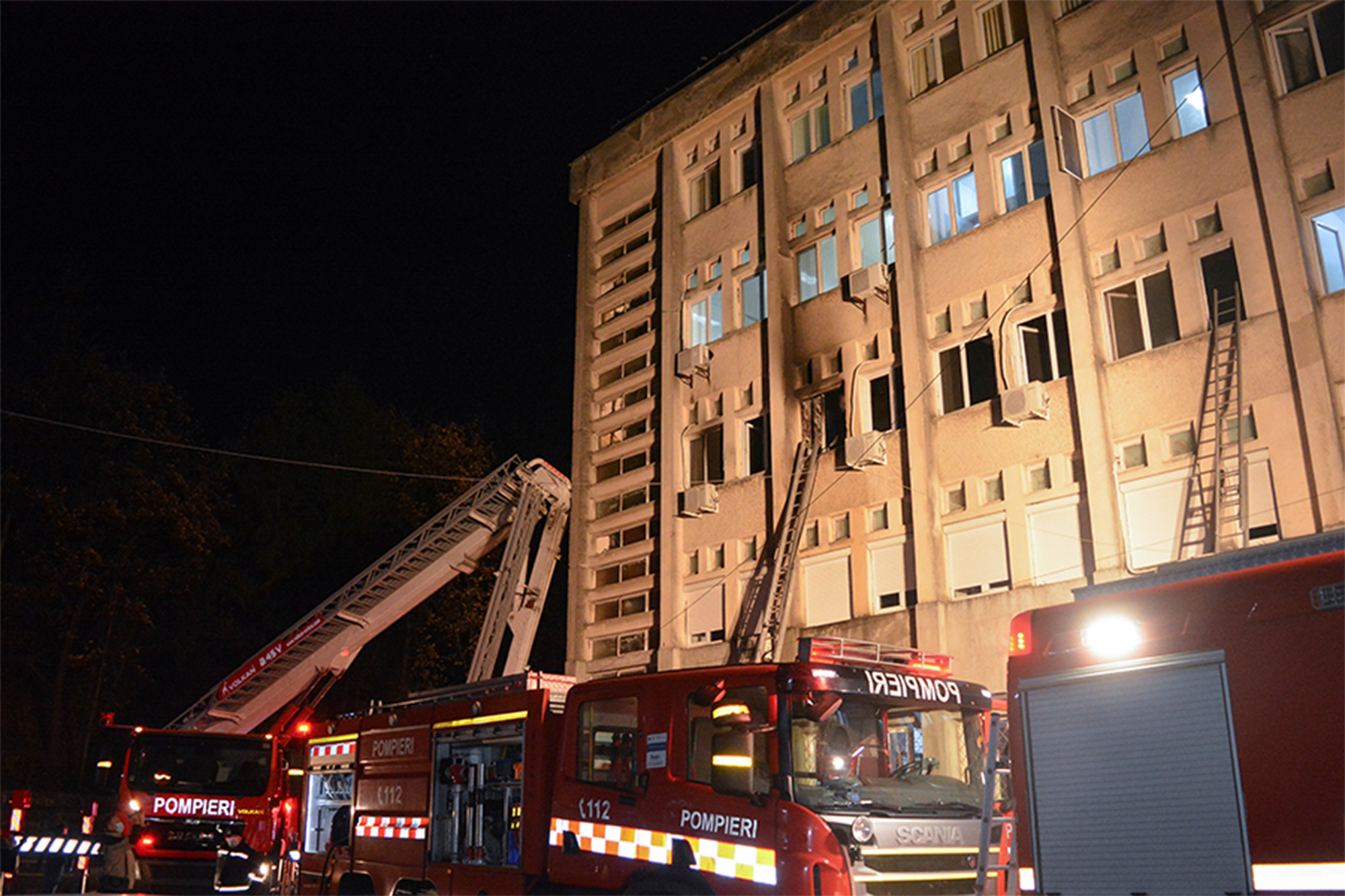 Ten people were killed and 10 others wounded — seven critically — when a blaze broke out at a public hospital treating COVID-19 patients in northeastern Romania Saturday.

The majority of those killed or wounded were hospital patients.

The hospital’s current manager, Lucian Micu — who was appointed only three weeks ago after his predecessor resigned over the poor treatment of patients — said that an on-duty doctor who tried to save patients from the flames was in critical condition.

“Eighty percent of his body was covered with first-and-second-degree burns”, Micu said.

Another doctor and two nurses also suffered burns, he said.

The fire will be probed as a possible case of criminal manslaughter, according to the national prosecutor’s office.

The prosecutor assigned to the investigation led the probe into a 2015 fire that killed 64 people at an underground nightclub, Collective, in Romania’s capital of Bucharest.

That fire sparked massive protests that forced the government — led at the time by the left-leaning Social Democrat Party, known as PSD — to relinquish office.

The PSD hopes to reclaim power in the upcoming Dec. 6 election — and is almost certain to use Saturday’s hospital fire in its attacks against the center-right National Liberal party, which has been at the helm of Romania’s minority government for more than a year.

Tags:covid, intensive, romanian
We use cookies on our website to give you the most relevant experience by remembering your preferences and repeat visits. By clicking “Accept All”, you consent to the use of ALL the cookies. However, you may visit "Cookie Settings" to provide a controlled consent.
Cookie SettingsAccept All
Manage consent