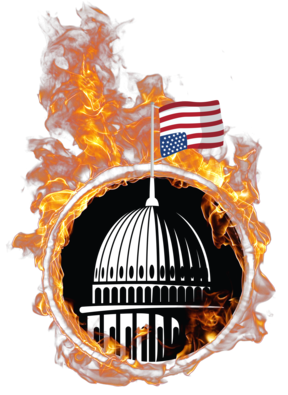 Our priority is to ensure voters fire members of the sedition caucus at the polls in 2022. Republican seditionists and QAnon members of Congress cannot hide from their attempt to destroy our democracy.


LOS ANGELES (PRWEB)
February 09, 2021
On the first day of Trump’s impeachment trial in the Senate, the Sedition Caucus PAC announced its launch with a TV series-style ad campaign to remind voters that Republican Congressman Mike Garcia (CA-25) enabled an insurrection and voted to overturn the results of the 2020 election.
The five-figure digital ad buy against Garcia is the first in a TV series-style ad campaign titled “The Seditionists.” Each episode/ad will follow congressional seditionists as they vote and take positions against constituent priorities from now until November 2022. Other targeted districts will include PA-10, TX-10, NC-08, and TX-24.
Click here to view the first episode of “The Seditionists” in CA-25.
Joe Jacobson, the founder of the Sedition Caucus PAC and its affiliate the Progress Action Fund, said, “Our priority is to ensure voters fire members of the sedition caucus at the polls in 2022. Republican seditionists and QAnon members of Congress cannot hide from their attempt to destroy our democracy. We’re watching every vote they take and every statement they make.”
Garcia is the Sedition Caucus PAC’s first target. CA-25 was flipped by Congresswoman Katie Hill in 2018 by a nine-point margin, and in 2020, Garcia only won by 0.1 points (333 votes) despite his campaign and Republican groups outspending his opponent and Democratic groups by over $5 million.
The Seditionists will feature:
Scott Perry in PA-10, who introduced Trump to Department of Justice officials who were eager to support the former president to overturn the 2020 election by firing the Acting Attorney General. Perry won by only 2.6 points in 2018 and by 6.6 points in 2020.
Rich Hudson in NC-08, the secretary of the House Republican Conference, a climate change denier, and a proponent of birtherism, saying “there’s no question President Obama is hiding something on his citizenship.” Hudson won by only 6.6. points in 2020.
Beth Van Duyne in TX-24, who thought Sharia law existed in Texas and was featured on the Southern Poverty Law Center’s Hatewatch blog. Biden won TX-24 by 5 points while Van Duyne won by only 1.3 points.
Mike McCaul in TX-10, a district that Beto O’Rourke won by .2 points in 2018 and Biden lost by 1.7 in 2020. McCaul won by only 4.3 points in 2018 and by 7.2 in 2020. We put McCaul in the same category as commonly known sedition caucus member Ron Johnson, who didn’t vote to overturn the election results on January 6, but whose actions before January 6th enabled the insurrection. What makes McCaul unique is that, instead of putting to rest conspiracy theories about the election being stolen from Trump, McCaul announced an initiative right before the attack on Jan. 5 to “combat voter fraud and protect legitimate votes” because the 2020 election was mired in controversy and accusations of voter fraud. The initiative is a partnership between McCaul and the Texas Public Policy Foundation, which strongly supported Attorney General Ken Paxton’s lawsuit to overturn the results of the 2020 election.
The Sedition Caucus PAC is a project of the Progress Action Fund (PAF), which holds Republicans accountable in swing districts across the country. PAF is best known for its viral ad exposing Kelly Loeffler and David Perdue for investing in body bags during the 2020 election.
To learn more, visit http://www.TheSeditionCaucus.com and http://www.FundProgress.org.
###