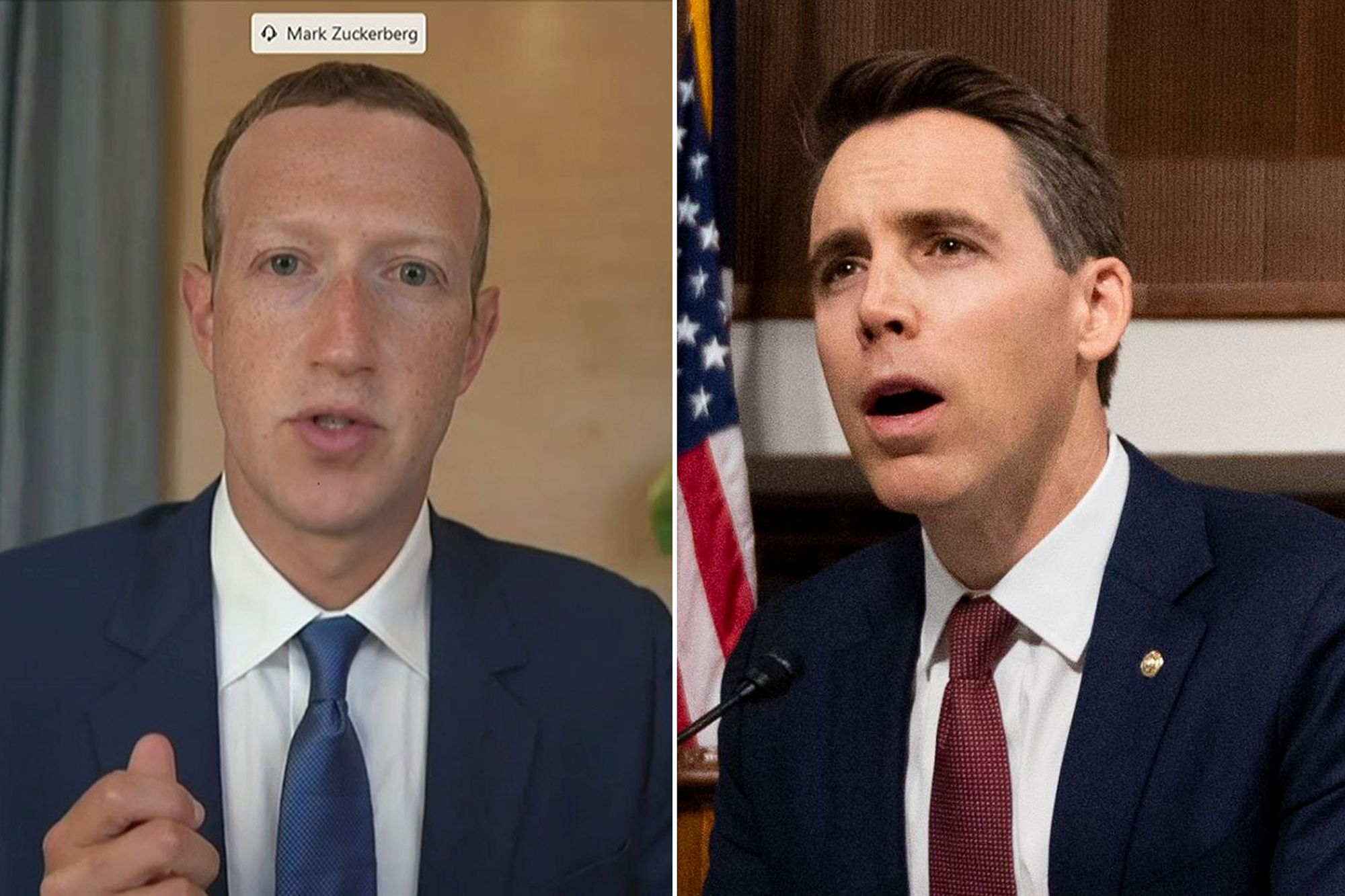 Facebook CEO Mark Zuckerberg was grilled Tuesday on Capitol Hill over a newly revealed whistleblower complaint suggesting that the social media company coordinated with fellow web titans Twitter and Google on what content to moderate.

Sen. Josh Hawley (R-Mo.) led the line of questioning during a larger Senate Judiciary Committee hearing on the scope and strength of Facebook and Twitter and its efforts to censor content while enjoying protections from the kind of liability faced by publishers.

Hawley said that his office was recently contacted by a former Facebook employee who claimed that an internal program called Tasks is used by the company “to coordinate projects including censorship.”

“As I understand it, Facebook censorship teams communicate with their counterparts at Twitter and Google, and then enter those companies’ suggestions for censorship onto the Tasks platform so that Facebook can then follow-up with them and effectively coordinate their censorship efforts,” Hawley said.

Zuckerberg acknowledged that it’s not unusual for workers within Facebook to speak with their peers at other companies, but denied that there was any coordinated decision on what content should be unilaterally banned.

“Senator, we do not coordinate our policies,” he said. “I think it would be probably pretty normal for people to talk to their peers and colleagues in the industry. … But that’s different from coordinating what our policies are, or our responses in specific instances.”

But Zuckerberg acknowledged that the companies may give each other a heads-up on security threats, while maintaining that the same did not extend to how to moderate free-speech issues.

He declined to immediately agree, however, to share with the committee a list of mentions of Google or Twitter in the platform, vowing instead to circle back with Hawley’s team once he looked into “any sensitivity that might exist” around the platform.

“I’ll just say in closing that what we have here is clear evidence of coordination between Twitter, Google and Facebook,” said Hawley. “Mr. Zuckerberg knows he has the tools to track this … but he won’t commit to letting us see it.

“I submit to you that this is both totally unacceptable and totally predictable.”

Facebook told FOX Business that Tasks has been used as a company-wide to-do list, and that the company has been public about working with other companies and organizations to address security concerns.

Tags:claim, collab, facebook:, google, grilled, zuckerberg
We use cookies on our website to give you the most relevant experience by remembering your preferences and repeat visits. By clicking “Accept All”, you consent to the use of ALL the cookies. However, you may visit "Cookie Settings" to provide a controlled consent.
Cookie SettingsAccept All
Manage consent