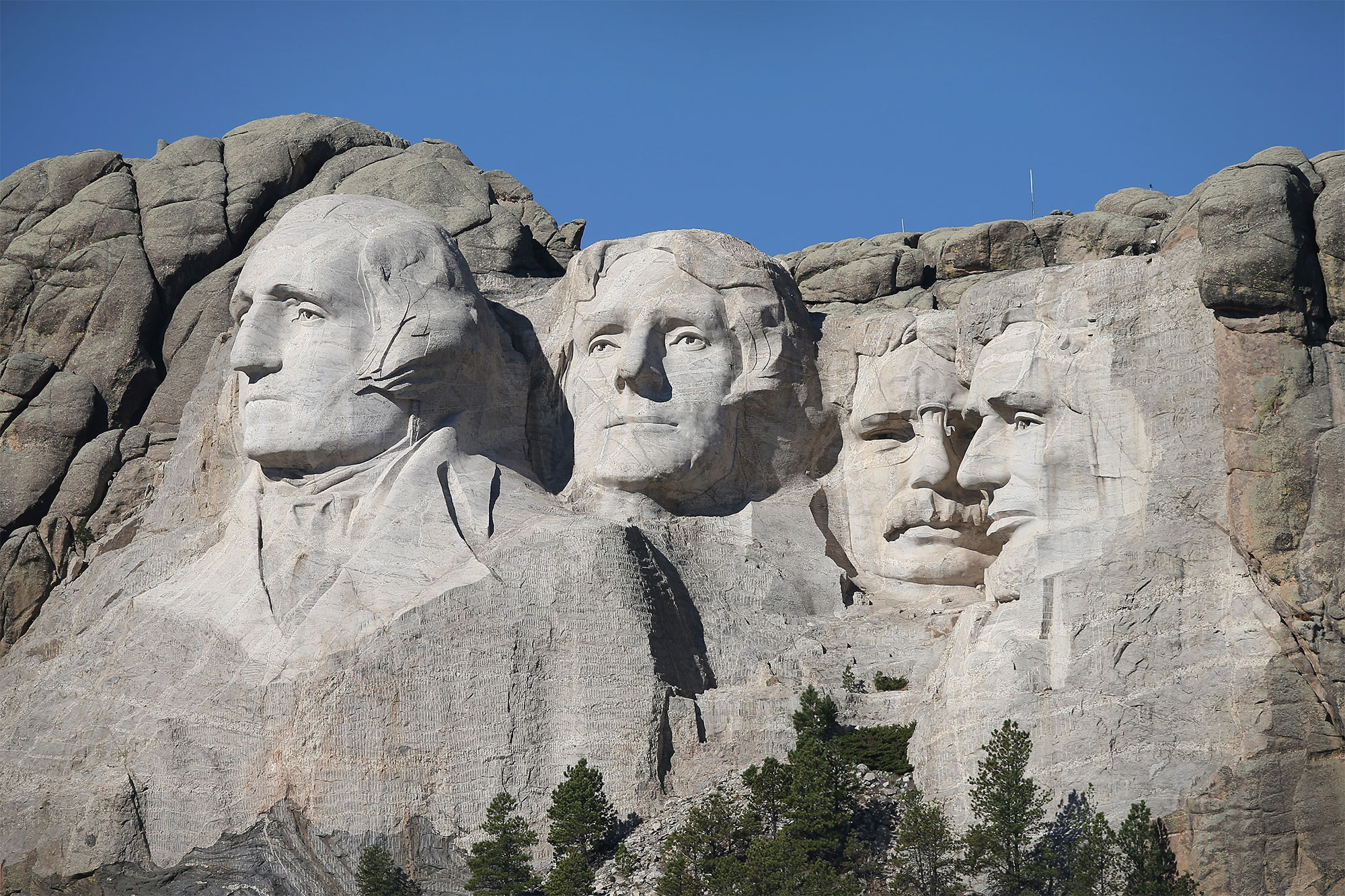 The Biden administration is urging state and local officials across America to hold Independence Day celebrations this year — but is standing firm in preventing a fireworks display from being held at Mount Rushmore.

South Dakota Republican Gov. Kristi Noem tweeted out a letter Tuesday from the White House Office of Intergovernmental Affairs which read in part: “Thanks to the Biden administration’s whole of government pandemic response, the United States has made incredible progress in vaccinating Americans and getting our country back on track …

“On July 4, because of our strong response, America will mark independence from the virus by celebrating with events across the country …,” the letter continued. “We welcome you to join us by hosting your own events to honor our freedom, salute those who have been serving on the frontlines, and celebrate our progress in fighting this pandemic.”

What a hypocrite,” Noem tweeted. “President @JoeBiden wants ‘a summer of freedom’ where we ‘mark independence from the virus by celebrating with events across the country.’ Translation: fireworks are fine at the White House, but not at Mount Rushmore.”

What a hypocrite. President @JoeBiden wants “a summer of freedom” where we “mark independence from the virus by celebrating with events across the country.”Translation: fireworks are fine at the White House, but not at Mount Rushmore. pic.twitter.com/kHHqkHqlBk— Governor Kristi Noem (@govkristinoem) June 15, 2021

In March, the National Park Service denied a request from state officials to host a fireworks display at the historic monument, citing “potential risks to the park itself and to the health and safety of employees and visitors” as well as opposition from tribal groups. Earlier this month, a federal judge declined Noem’s bid for a permit to be issued “expeditiously.”

“There’s not a word in [the letter] that I disagree with, it’s just that I can’t believe they’re still denying us the opportunity to have our own celebration when they’re basically directing all states, communities, and tribes to hold celebrations, with pomp and circumstance,” Noem told “Fox News Primetime” Tuesday night. “So the fact that they’re not letting South Dakota have our fireworks at Mt. Rushmore is just political.”

Fireworks explode above Mount Rushmore during an Independence Day celebration on July 3, 2020. AFP via Getty Images

As the coronavirus pandemic raged across the US last year, fireworks were held at Mount Rushmore for the first time since 2009. Then-President Donald Trump attended the ceremony and gave remarks before a crowd of approximately 7,500.

Noem insisted Tuesday that there were “no significant reasons” for the Park Service to decline the permit request.

“We had already complied with all the environmental hoops they made us jump through, we did all the fire precautions, we had a go/no-go checklist, we had done the consultations, so that’s why we feel this is punitive,” the governor said.

Noem added that she will continue her legal fight to overturn the Park Service’s permit rejection, but with a decision on any appeal unlikely by the holiday, she will also send a letter to Biden himself requesting he reverse the decision.

“We really, directly feel as though, last July 3, when we had those fireworks, it was a moment where this country could unify. We were proud of our country, we brought people together and gave them hope,” she said. “We want to do that again this year, but President Biden is refusing to allow us to do that, and he could change his mind today and allow us to continue to celebrate our nation’s independence.”

Though the US is expected to fall short of Biden’s goal of having 70 percent of adults vaccinated by July 4, coronavirus cases are trending downward across the country, even in Southern and Midwestern states where vaccination rates lag behind the rest of the country.

Safety of employees and visitors as well as potential risks to the park have halted festivities at Mount Rushmore this year.AP

As of Tuesday night, 64.6 percent of American adults (more than 166.8 million people over the age of 18) had received at least one vaccine dose. To reach the 70 percent goal, Biden would need to vaccinate about 14 million more people in fewer than three weeks.

Biden himself plans to host first responders, essential workers and military service members and their families on the South Lawn of the White House for a cookout and to watch the fireworks over the National Mall. More than 1,000 guests are expected, officials told the Associated Press.

“Regardless of where we are on July Fourth, we’re not shutting down shop,” White House press secretary Jen Psaki said last week. “On July 5th, we’re going to continue to press to vaccinate more people across the country.”