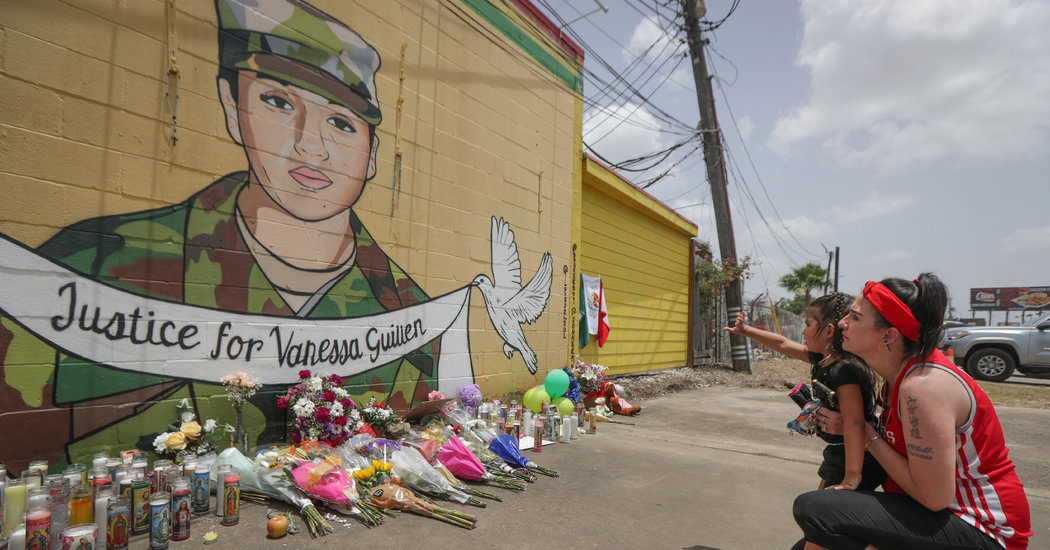 Her mother expressed her hesitations, but Mayra Guillen supported all of her little sister’s ambitions. One day, when Specialist Guillen was 18, she told her family she had enlisted in the Army. Her mother cried, but Specialist Guillen tried to reassure her in Spanish, “Without a doubt, mami, it is the law of life.”Ms. Guillen was the only person who could fly to the ceremony when her sister completed training. She remembers being lost on the field, turning around and seeing Specialist Guillen run toward her in tears. They spent the day together, and Specialist Guillen told her sister how she aspired to get a spot stationed in Germany.She said she was ready to serve, a willingness to help that extended among her five siblings in small, daily exchanges. Mayra Guillen would help her sister get ready for dates with her boyfriend, helping her pick out outfits and put on makeup.Specialist Guillen was an athlete, No. 20 on her soccer team and a member of the track and cross-country teams. She enjoyed lifting weights and almost always chose a salad at restaurants, Ms. Guillen said. But at her last meal with her sister, with family at their home, they had Whataburger.The search for Specialist Guillen unfolded in the public eye, catching the attention of celebrities, members of Congress and the presumptive Democratic presidential nominee, former Vice President Joseph R. Biden Jr.Representative Sylvia Garcia of Texas, along with 87 other members of Congress, signed a letter expressing support for an independent investigation by the U.S. Department of Defense into how military officials and investigators conducted their search for the specialist.The family’s lawyer, Natalie Khawam, said she was calling for a bill in Specialist Guillen’s name that seeks to create an independent agency for members of the military to report sexual harassment and sexual assault.