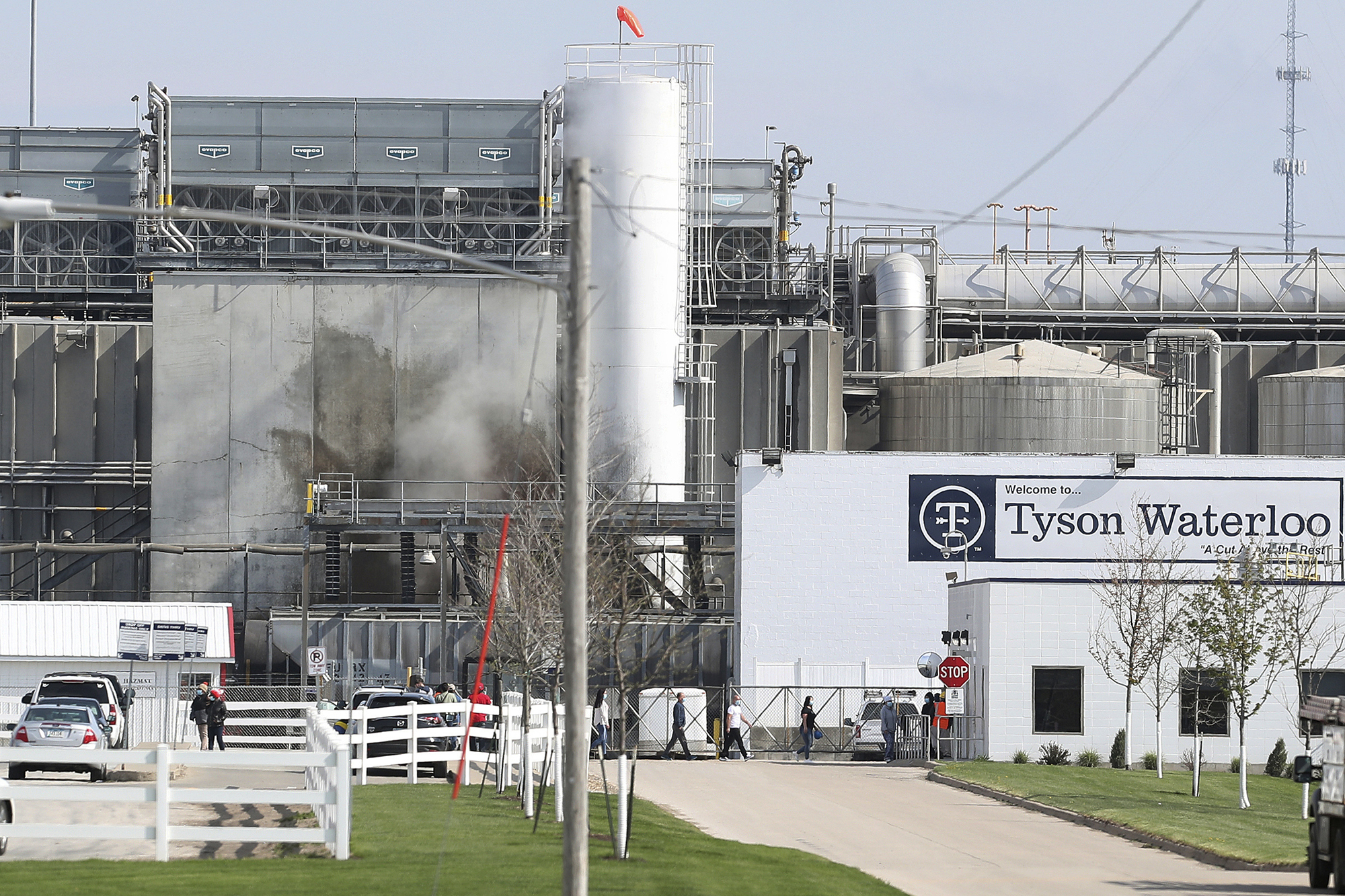 Tyson Foods on Thursday suspended top officials at its largest pork plant amid claims that they had a betting pool on how many workers at the facility would contract the coronavirus during a widespread outbreak.

The company’s president and CEO, Dean Banks, said he was “extremely upset” about the allegations against managers at the Waterloo, Iowa, plant — adding that a law firm had been hired to conduct an investigation.

“If these claims are confirmed, we’ll take all measures necessary to root out and remove this disturbing behavior from our company,” Banks said in a statement.

He said the company had suspended “the individuals allegedly involved” without pay, but did not elaborate.

The sordid allegations surfaced in a recently amended wrongful death lawsuit that accused Waterloo plant manager Tom Hart of organizing a winner-take-all pool for higher-ups to wager on how many employees would get infected with COVID-19.

Hart allegedly set up the twisted betting system last spring as the virus tore through the pork plant, ultimately infecting more than 1,000 of its 2,800 workers, killing at least six and sending many others to the hospital.

The plant remained open despite repeated calls from local officials to stop production, the lawsuit states, and supervisors were encouraged to work even if they had symptoms of the deadly virus.

The suit was filed by the family of Isidro Fernandez, a worker at the plant who died of coronavirus in April. It seeks unspecified damages for gross negligence.

Tags:betting, covid, managers, plant, suspends, tyson
We use cookies on our website to give you the most relevant experience by remembering your preferences and repeat visits. By clicking “Accept All”, you consent to the use of ALL the cookies. However, you may visit "Cookie Settings" to provide a controlled consent.
Cookie SettingsAccept All
Manage consent