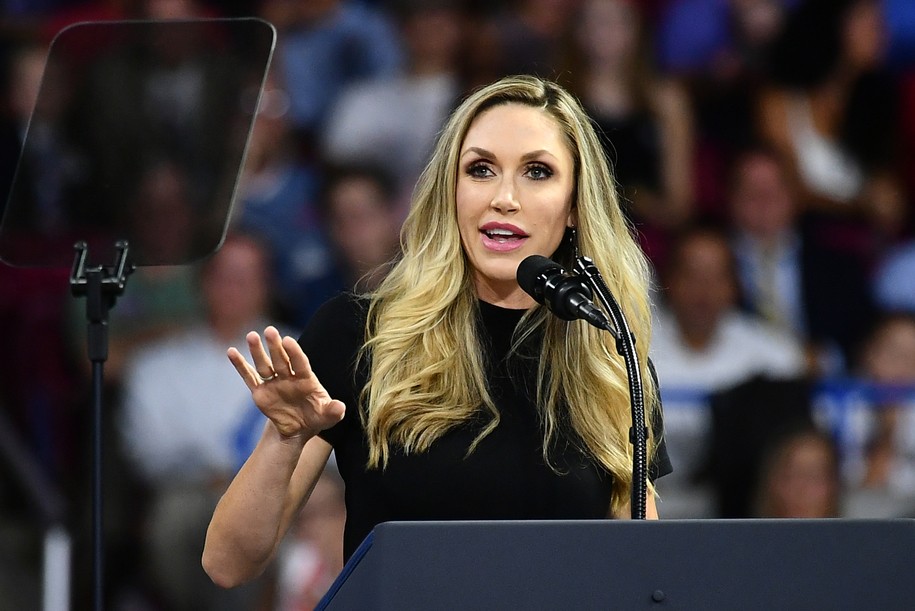 xA guy killed 23 people at a Walmart in El Paso for almost the exact reasons Lara Trump states here. We know this because he left a manifesto that sounded like a Trump rally. https://t.co/Bj5t8It4JB— LOLGOP (@LOLGOP) June 13, 2021

“And I don’t know what you tell the people that live at the southern border,” Lara Trump said. “I guess they better arm up and get guns and be ready, and maybe they’re gonna have to take matters into their own hands.

Her remarks follow a warning from Vice President Kamala Harris to Guatemalans on her first trip abroad since being elected to the White House. “I want to be clear to folks in this region who are thinking about making that dangerous trek to the United States-Mexico border: Do not come,” she said last Monday. “Do not come.” White House Press Secretary Jen Psaki later clarified Harris’ message. “What the vice president was simply conveying is that there’s more work to be done, that we don’t have these symptoms in place yet,” Psaki told reporters last Tuesday. “It’s still a dangerous journey, as we’ve said many times from here and from many forums before, and we need more time to get the work done to ensure that asylum processing is where it should be.”

That’s not exactly the message Lara Trump was conveying, and social media users underlined that difference. Russell Foster, who’s running for Congress in Texas, tweeted on Tuesday: “This is dangerous. The former president’s daughter-in-law is calling for people to shoot immigrants. It’s worse after multiple mass shootings over the last few days in Texas & elsewhere. This could lead to an uptick in hate crimes across the country.” Author John Pavlovitz called Lara Trump a “violent” extremist “who belongs in prison” in a tweet Monday.

xSo… the GOP is passing laws to prohibit teachers from talking about Black history…But Flynn can call for a coup… no problemLara Trump can tell people to buy guns and shoot people at the border… no problem. We are in the twilight zone, folks.— Pam Keith, Esq. (@PamKeithFL) June 13, 2021

xI don’t know who needs to hear this, but you should never take any advice from Lara trump, or ANY trump who tells you to go and shoot people at the border or anywhere.Seriously.— BrooklynDad_Defiant! (@mmpadellan) June 13, 2021

xLara Trump inciting violence by calling on right-wing lunatic vigilantes to take up arms on the border. Calling for violence must run in the family. When she says they say should “arm up” and “take matters into their own hands,” does she mean start shooting random immigrants?— Cenk Uygur (@cenkuygur) June 13, 2021

xIt shouldn’t be a surprise that Lara Trump is recommending that Americans on the southern border shoot migrants…Her father-in-law asked Border Patrol if they could just, “shoot migrants in the legs” to deter them from seeking asylum.Lara Trump is part of the exact same rot.— Jake Lobin (@JakeLobin) June 13, 2021

xOn Fox Propaganda’s Jeanine Pirro, the ever despicable Lara trump said people living at the border should all arm up and be ready to massacre immigrants for seeking asylum.Inciting vigilante violence would land any of us more than 20 years in jail.— Ricky Davila (@TheRickyDavila) June 13, 2021

RELATED: ‘Be honest about immigration’: Harris faces criticism for her warning to Guatemalans

RELATED: 12 times Trump really did say that awful, racist thing you thought had to be fake news