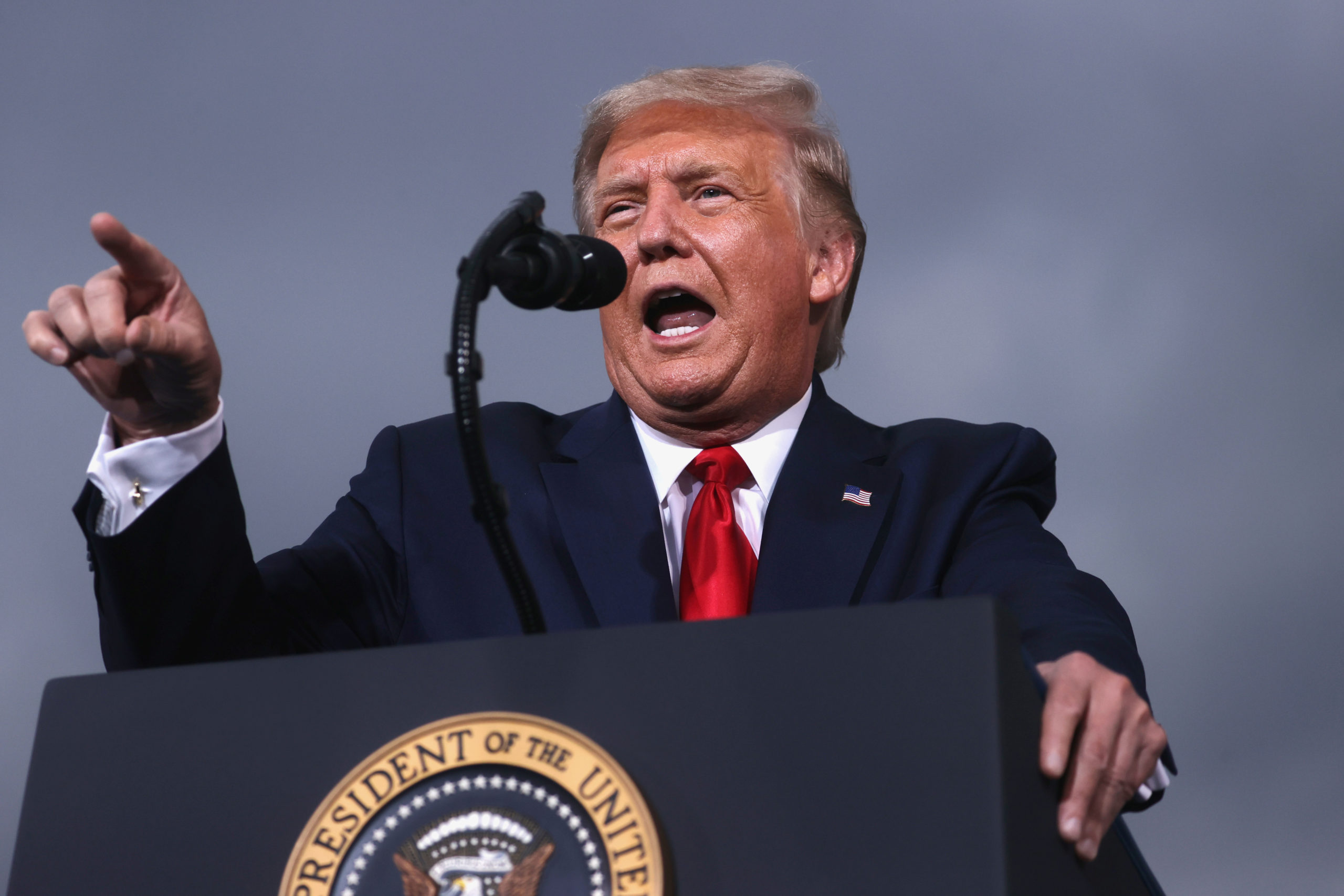 Donald Trump hoped his new “law and order” campaign strategy would save him in key midwestern battleground states like Wisconsin and even help him carry historically blue Minnesota, but new polling released Saturday shows that his bet isn’t paying off.
According to a batch of polls from The New York Times/Siena College, Biden has a strong lead in Minnesota (50 percent to 41 percent) and a steady lead in Wisconsin (48 percent to 43 percent).
Both results align with other data released in recent weeks showing Biden ahead in the two important states.

Taken together, Biden’s up 6 across the four states–which were about 1.2 points right of the country in ’16. So I’d say it’s basically in line with the national polling, which currently shows Biden ~ +7.5
— Nate Cohn (@Nate_Cohn) September 12, 2020

Trump is losing to Biden on the “law and order” question
What’s particularly bad news for Donald Trump is that, according NY Times/Siena, he is losing to Joe Biden on the “law and order” question in Wisconsin and Minnesota.
The survey found that Biden has a one-point edge – 48 percent to 47 percent – on which candidate voters trust more to maintain law and order in the two states. If this message is failing in the midwest, it’s unlikely to succeed for Trump in other parts of the country.

The data clearly indicates that with less than 60 days until the presidential election, Trump is still failing to achieve the breakthrough that he needs to turn this race in his favor.
Or, as The New York Times put it, “President Trump’s weekslong barrage against Joseph R. Biden Jr. has failed to erase the Democrat’s lead across a set of key swing states.”
Follow Sean Colarossi on Facebook and Twitter
Sean Colarossi currently resides in Cleveland, Ohio. He earned his Bachelor of Arts degree in Journalism from the University of Massachusetts Amherst and was an organizing fellow for both of President Obama’s presidential campaigns. He also worked with Planned Parenthood as an Affordable Care Act Outreach Organizer in 2014, helping northeast Ohio residents obtain health insurance coverage.