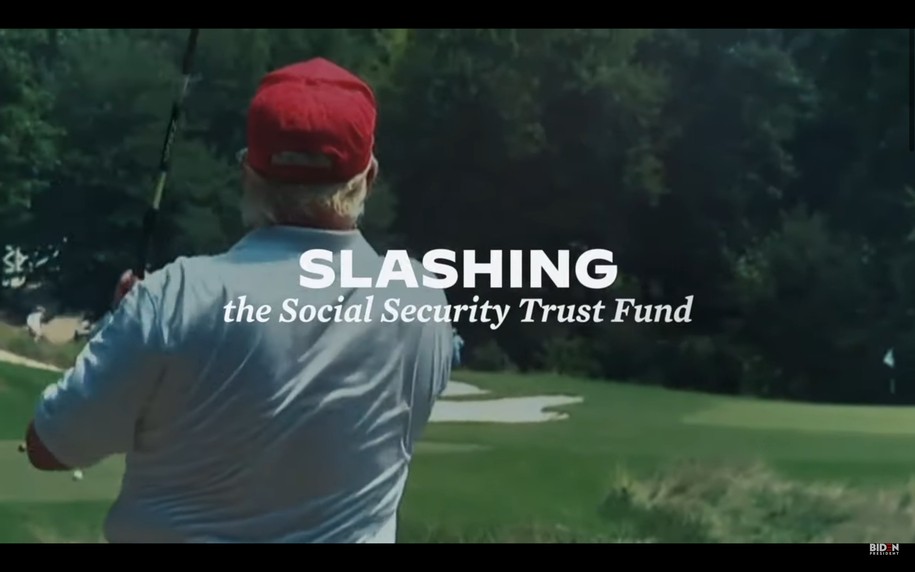 Treasury Secretary Steven Mnuchin, who reportedly opposed Trump’s payroll tax suspension order, insisted on Fox News that a Trump administration would make sure that the funds were replaced from the Treasury general fund, and that Trump “in no way wants to harm those trust funds, so they’d be reimbursed just as they always have in the past when we’ve done these types of things.“ He also said that if Trump is reelected, he’d “push through legislation“ to make sure that the suspension of payroll taxes would be permanent, “so in essence, it will turn into a payroll tax cut.” Which means that Social Security and Medicare would eventually end up having to be funded out of the Treasury permanently, which spells the end of Social Security.

Even Larry Kudlow, Trump’s favorite quack economist who has been the driving force behind Trump’s obsession with this tax cut, recognizes the political quicksand he’s dumped Trump into. He told CNN’s Dana Bash that Trump “will protect Social Security and Medicare” and said that Trump never said anything about making this tax cut permanent. “When he referred to ‘permanent,’ I think what he was saying is that the deferral of the payroll tax to the end of the year will be made permanent,” Kudlow said. “It will be forgiven. The tax is not going to go away.” He said that on Sunday, after Trump had already made his promise to make the cut permanent. A promise Trump reiterated on Monday. “We’ll be terminating that tax,” Trump said.

Somehow the promise from Trump to defund Social Security and Medicare rings truer than the promises he’s made since 2015 to “save” the programs. After all, now that he has the chance to act on it, he’s made his intentions perfectly clear.