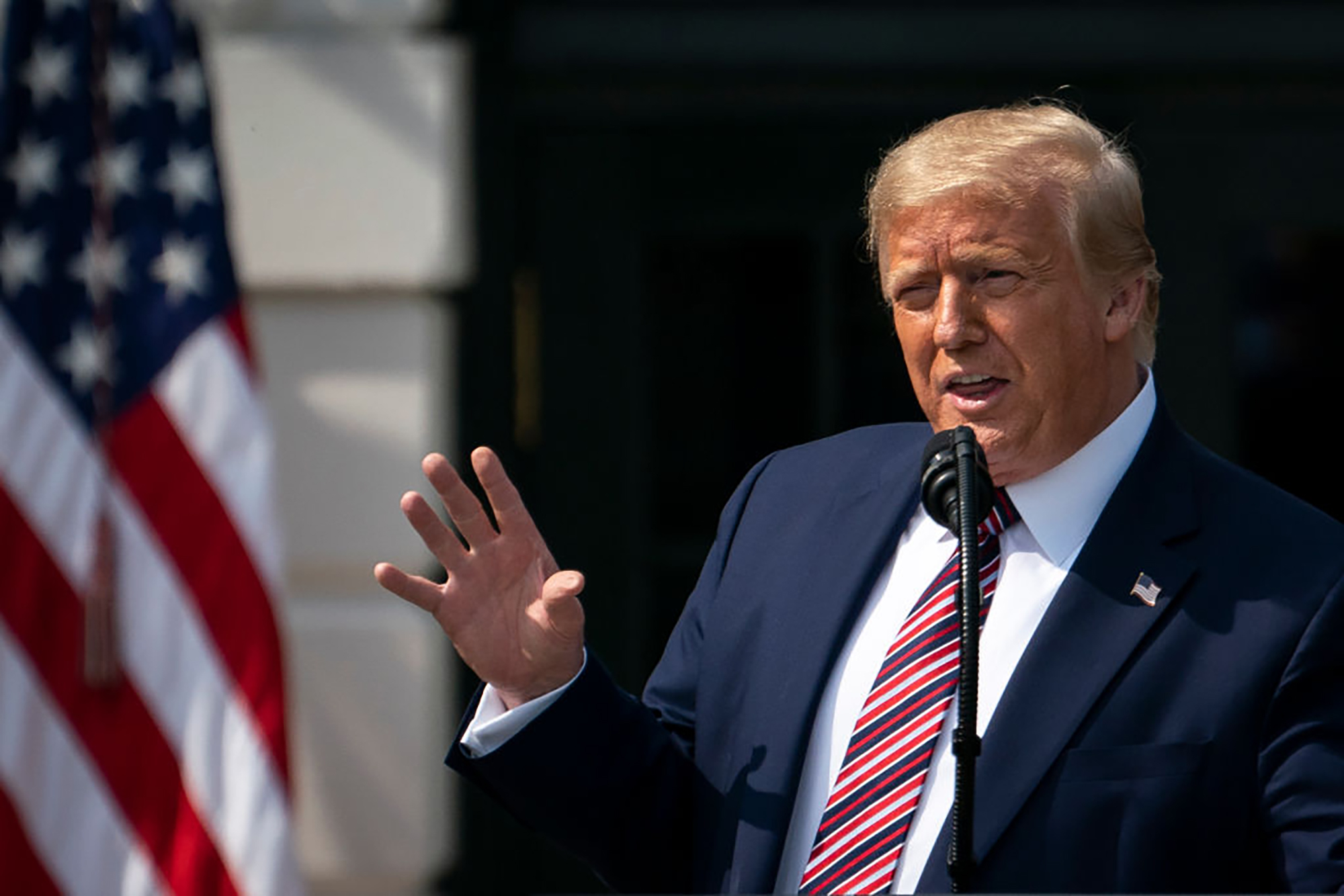 President Trump on Sunday declined to say whether he will accept the results of the 2020 election, adding that he will “have to see.”
The president also claimed without evidence that “mail-in voting is going to rig the election,” during an interview aired on “Fox News Sunday.”
In response, Fox News host Chris Wallace asked: “Are you suggesting that you might not accept the results of the election?”
“No. I have to see,” Trump replied, before saying it was Hillary Clinton who had “never accepted her [2016] loss” and “looks like a fool.”
“But can you give a, can you give a direct answer you will accept the election?” Wallace pushed.
Trump responded that “I have to see. Look, you – I have to see.”
“No, I’m not going to just say yes. I’m not going to say no, and I didn’t last time either,” he added, referring to being asked the same question in the 2016 election.
During the wide-ranging sit-down, Wallace debuted the results of Fox News’ latest national poll, which showed Democratic presidential candidate Joe Biden leading Trump by eight points.
The commander-in-chief downplayed the findings as “fake polls.”
“First of all, I’m not losing because those are fake polls,” he said. “They were fake in 2016 and now they’re even more fake.”
Later in the interview, Trump was also asked whether he was a “good loser,” generally.
“I’m not a good loser. I don’t like to lose. I don’t lose too often. I don’t like to lose,” Trump responded.

Tags:accept, election, results, trump, whether
We use cookies on our website to give you the most relevant experience by remembering your preferences and repeat visits. By clicking “Accept All”, you consent to the use of ALL the cookies. However, you may visit "Cookie Settings" to provide a controlled consent.
Cookie SettingsAccept All
Manage consent