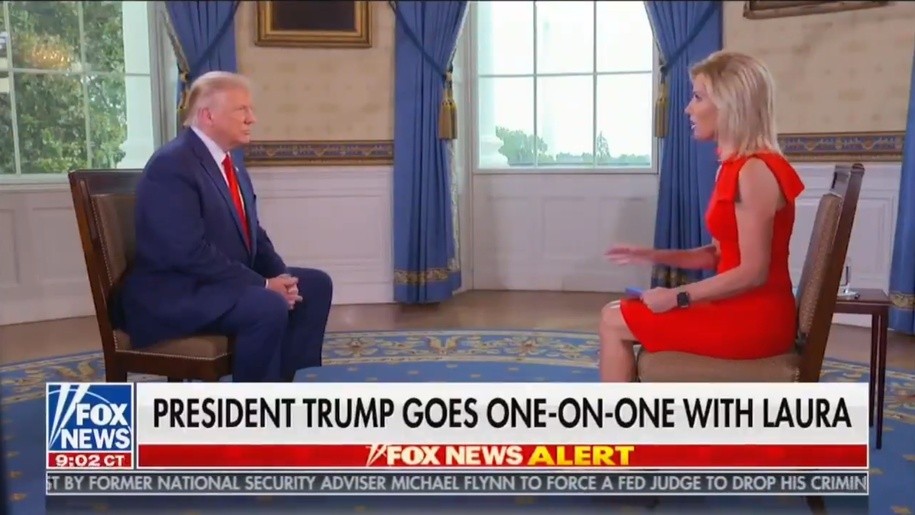 The “quotas” excuse is harmful in so many ways. First, it leaves a large number of poorly informed white men nursing a grudge over a nonexistent “wrong.” Second, it perpetuates the upside-down mythology that white men are somehow at a disadvantage in the workplace. Third, the fact that so many interviewers feel comfortable in using this asinine racism-enhancing excuse tells you just how ugly and broken the American workplace still is today.

In any case, this is the kind of everyday lie that feeds the impression that, despite everyone putting forward their best effort, some unseen force gets in the way. They simply can’t get ahead thanks to someone in the “dark shadows.” Some “deep state.” Some international cabal of pizza-and-child-eating satanists.

What do Donald Trump, COVID-19, and the Illuminati who secretly control the planet have in common? Trump’s base. Because becoming a conspiracy theorist isn’t something that happens after a person votes for Trump and begins reading his tweets. Trump’s supporters vote for Trump because they are already conspiracy theorists. It’s no wonder that Trump supporters aren’t put off by claims of Joe Biden’s secret deals in Ukraine, or mysterious servers that leap across oceans, or the World Health Organization hiding details on COVID-19, or planes loaded with black-uniformed “thugs.” These things don’t turn Trump voters away … it’s exactly what drew them in to begin with.

Whether it’s vans (always turning right, never left) bringing captive women across the border from Mexico, prayer mats from ISIS terrorists found along the Arizona border, or the 1,001 murders of Bill Clinton, Trump supporters are preprogrammed to be supportive of the idea that the visible world is just a crust floating on a sea of dark forces that are “really” controlling their lives. They don’t see conspiracy theories as something to be avoided. They see them as more real than the news.

As NBC News reports, the conspiracy-riddled interview Trump conducted with Fox News’ Laura Ingraham isn’t likely to make any Trump voter come to the sudden realization that their candidate is simply packed to the gills with crap. Instead, it’s likely to make them more supportive of Trump.

Trump’s mostly male and almost exclusively white base has been primed for decades by Fox News and Rush Limbaugh and an endless string of talk radio hosts to believe that they not only deserve to be on the top of the world, but they would be on top of the world … if not for how [insert Jewish billionaire here] is paying [terrorists / protesters] to keep them down because he has more control over [select ethnic group] than he does over “free white men.” Before there was Limbaugh, there was Paul Harvey to inform middle America how suspiciously ethnic intellectuals were carving into their white paradise. And before Paul Harvey, there was Father Coughlin to warn America of the Jewish “threat.” Truthfully, the roots of these conspiracy theories in the United States go back to at least Reconstruction, and before that to the pro-war propaganda that encouraged Southerners to fight because “Northern scum” would “elevate their Negro allies” over poor whites.

There’s little wonder why so many of Donald Trump’s conspiracy theories come down to obvious racism. It’s because that’s their foundation. And even the ones that aren’t obvious racism, are just racism one step removed. All of it is simply built on assumptions that white men are intrinsically better than everyone else. So if they if they’re not all members of the 1%, it’s only because of someone in those “dark shadows.” QAnon isn’t something that happened to Trump supporters. It’s coming from them. It’s the tangled mass of their combined sense of being wronged by the world.

What’s important for Trump is not just spreading the conspiracies, but that people respond to them. He needs white men to maintain their anger toward people of color. He exalts when armed white nationalists pour into cities in response to nonexistent “antifa” forces. He’s relishing the way “Christians” are raising funds to defend a murderer who traveled across state lines to shoot three unarmed protesters.

Conspiracy theories provide Trump supporters with something they desire; an excuse for everything that ever went wrong in their own lives. That way, they can be exactly like Trump and say “I take no responsibility.”