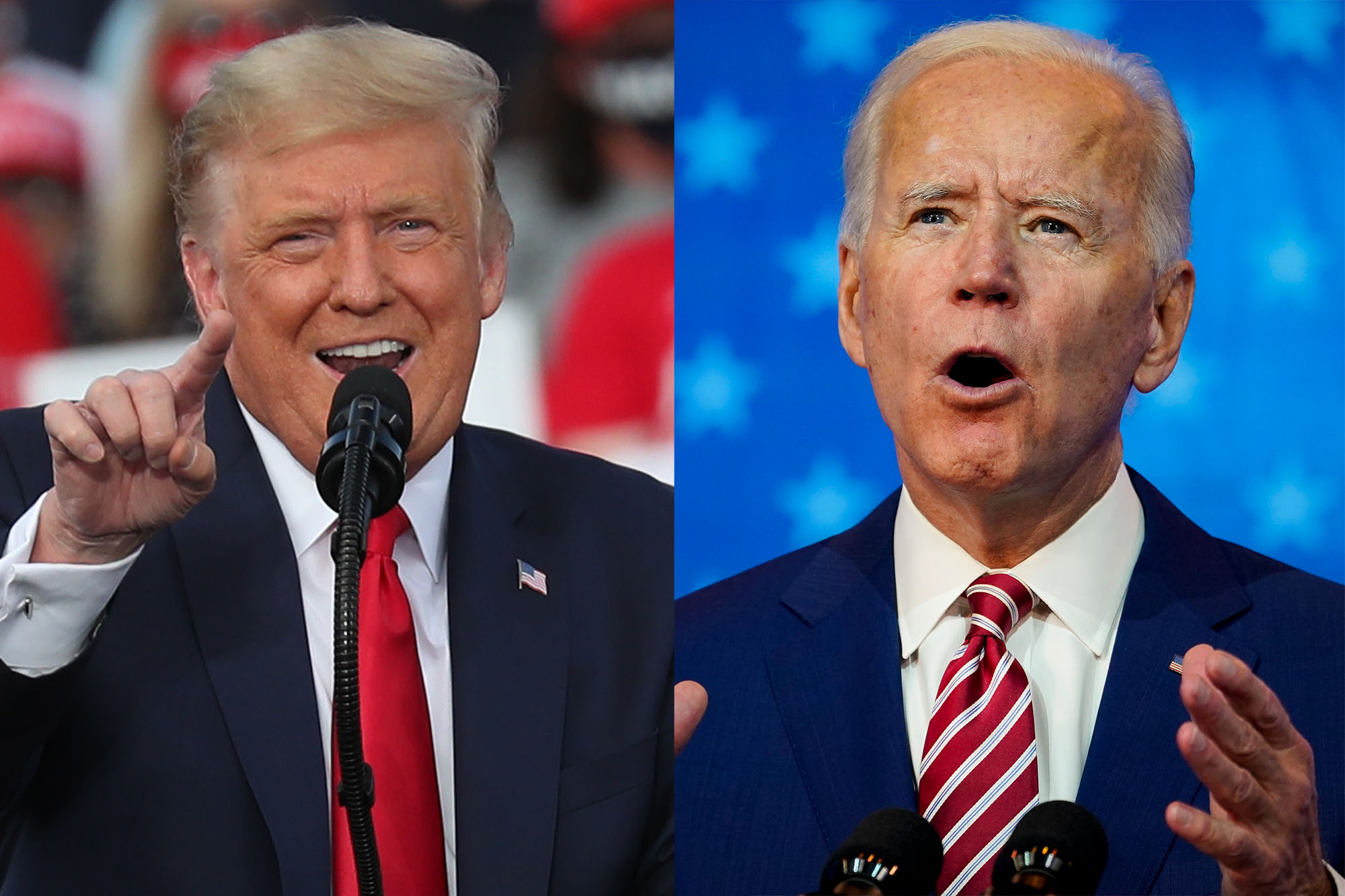 President Trump accused Joe Biden of “one of the worst mistakes made in presidential debate history” after the Democratic nominee vowed at their Nashville showdown that the US would “transition” from the oil industry if he was elected president.
At a campaign stop in Florida’s The Villages on Friday afternoon, the commander-in-chief told a crowd that the former veep’s Green New Deal-powered energy plan would “abolish the oil industry” and leave the nation without air-conditioning, airplanes, cattle and electricity itself.
“One of the most stunning moments last night was when Joe Biden admitted that he wants to abolish the oil industry,” Trump said after their final face-to-face clash in Tennessee.
“I said, ‘Whoa this is the big point of the evening!’ Remember, I said, ‘Well, you want to get rid of oil and gas?” Trump said, recounting the debate stage exchange.
“‘Yeah, well, we wanna phase it out,’” he went on, imitating Biden. “I said, ‘Thank you! Texas, are you watching? Pennsylvania, Oklahoma, Ohio, are you watching?’”
With just 11 days until Election Day, the septuagenarians are locked in a tightening race in many battleground states, even as Biden leads nationally.

Christmas may be coming early for the NBA. According to…

The Democratic nominee was pressed by NBC News moderator Kristen Welker on his climate change stance when Trump interrupted with an off-the-cuff question about the oil industry.
“I would transition from the oil industry, yes,” Biden said, citing pollution concerns.

“It has to be replaced by renewable energy over time, over time. I’d stop giving them federal subsidies,” he went on.
Biden claimed claimed during the first debate in Ohio that he doesn’t support the Green New Deal, but his environmental plan on his website calls it a “crucial framework” for fighting climate change.
The former veep has appointed New York socialist Rep. Alexandria Ocasio-Cortez, a key sponsor of the bill, to be co-chair of his climate change panel.
Trump on Friday also hit his opponent for flip-flopping on his policy toward fracking.
“He’s a liar. He lies about everything,” Trump said. “He goes, ‘There will be no fracking, there will be no fracking. This goes on for a year. Then he goes to Pennsylvania, he says, ‘There’ll be fracking.’”

Tags:biden, remarks, slams, transition, trump, worst
We use cookies on our website to give you the most relevant experience by remembering your preferences and repeat visits. By clicking “Accept All”, you consent to the use of ALL the cookies. However, you may visit "Cookie Settings" to provide a controlled consent.
Cookie SettingsAccept All
Manage consent