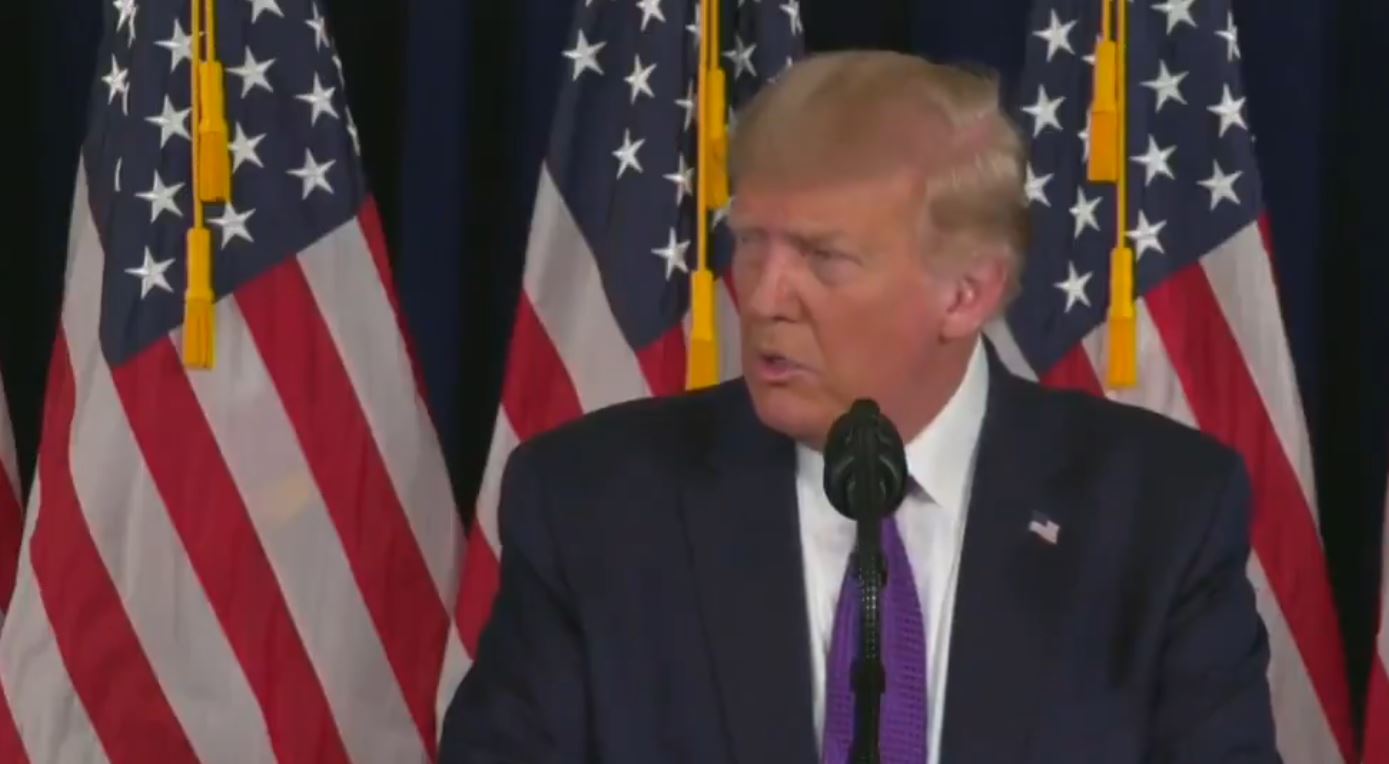 At a press conference at his golf club, Trump promised America that their ballots will be lost if they vote by mail in November.
Trump said:We’re going to have an election that takes place on a beautiful day on November 3rd, and usually, at the end of the evening, they say Donald Trump has won the election. Donald Trump is your new president, whatever they say.
You know what? You’re not going to know this possibly if you did it right for months or for years because these ballots are all going to be lost. They’re all going to be gone, but just take a look on smaller basis, but it’s a great test. You can call them polls. You can call them tests, but look at what’s happening all over the country where you have universal mail-in. The ballots are lost. There’s fraud. There’s theft. It’s happening all over the place. Now, we’re going to do it with this whole vast big section of the country. It’s crazy.

Trump says this like it’s a mission statement: “You’re not gonna know [the election results] for months or for years. Because these [mail] ballots are all gonna lost, they’re gonna be gone. pic.twitter.com/lpke3FlaDF
— Aaron Rupar (@atrupar) August 15, 2020

Trump pretty much laid out his mission. He is sabotaging the post office so that ballots are lost or not counted in the election. Trump does not want their to be expanded voting by mail, because he will lose. A president who has devoted all of his time in office appealing only to his core supporters has no chance if the electorate is large.
Donald Trump is also trying to poison the well and preemptively delegitimize a Biden/Harris win. Trump doesn’t anyone, but his supporters voting, and he is trying everything to steal the election.
For more discussion about this story join our Rachel Maddow and MSNBC group.