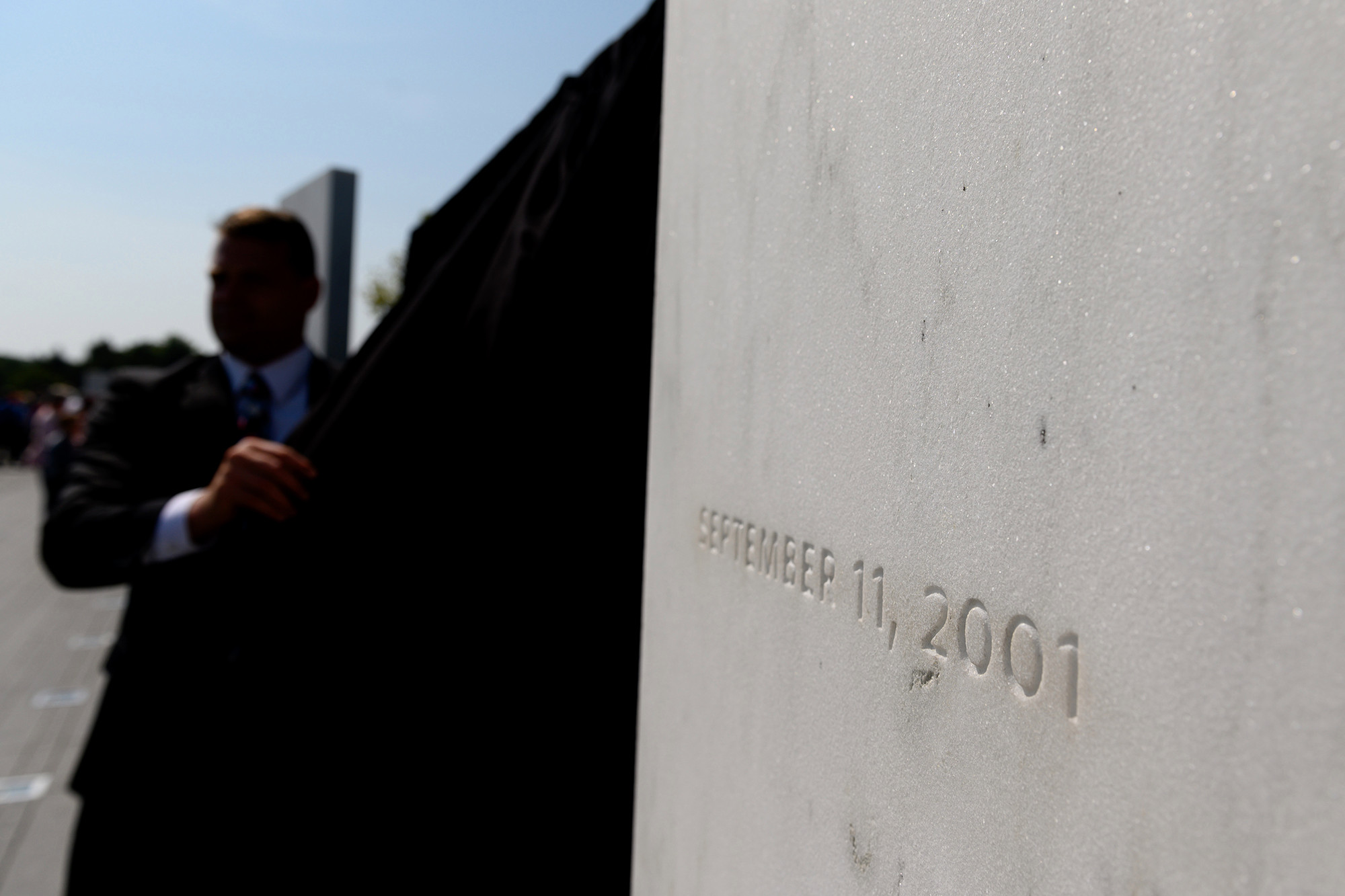 President Trump and Democratic nominee Joe Biden will both pay their respects at the site of the Flight 93 National Memorial in Shanksville, Pennsylvania on the anniversary of the September 11 attacks, the two announced Wednesday.
The memorial is located at the site of the attack, where one of the four hijacked planes crashed into a field on that fateful day in 2001.
Located in rural Pennsylvania, the memorial was built at the site of the crash, which killed all 40 people on board.
Three other planes hijacked that day were crashed into the World Trade Center in New York City and the Pentagon in Washington DC. Nearly 3,000 people died in the attacks.
The annual event held there is co-hosted by the National Park Service, which is planning an abbreviated ceremony in the wake of the coronavirus pandemic.
A White House spokesman said the commander-in-chief and First Lady Melania Trump would visit the site “to honor and remember the lives lost” on Sept. 11, 2001.
Investigative personnel search the crash site of United Airlines Flight 93 looking for debris and evidence on September 12, 2001 in Shanksville, Pennsylvania.AFP via Getty Images
The president is expected to speak during the memorial ceremony, though it is unclear if his 2020 rival will be seated nearby watching or if their same-day visits will overlap at all.
The White House nor the Biden campaign could immediately be reached for further comment on their potentially overlapping visits.
The Flight 93 National Memorial in Shanksville, PennsylvaniaGetty Images
Meanwhile, Vice President Pence and his wife Karen will attend memorial ceremonies in New York to mark the anniversary next Friday.
With Post wires