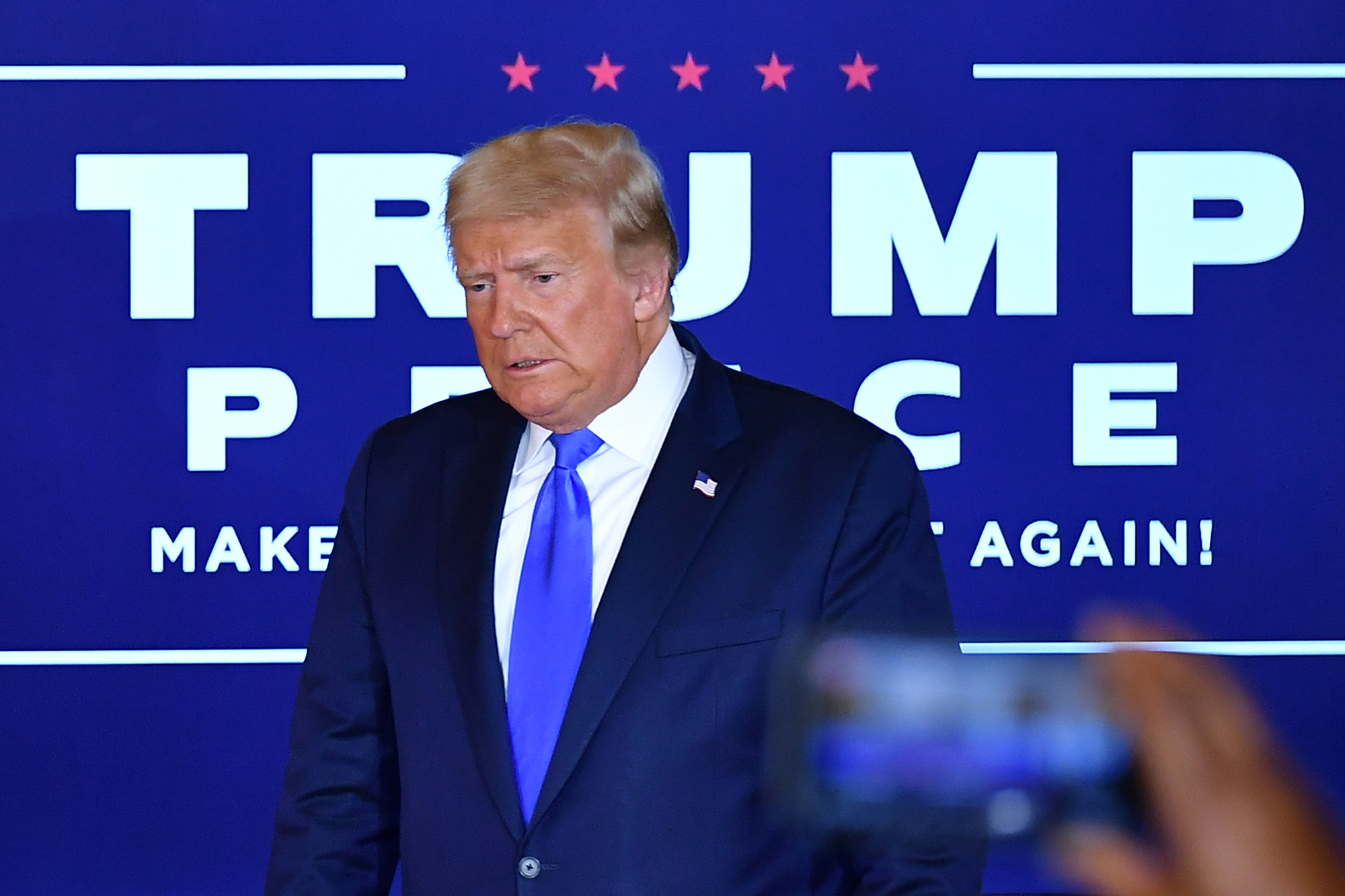 President Trump’s campaign threw in the towel Friday on legal challenges to his projected loss in Arizona, as a judge in Michigan refused to order an audit of results that also favor Joe Biden.

In a two-sentence “notice of partial mootness” filed in Arizona Superior Court, a Trump campaign lawyer conceded that Thursday’s latest vote count “has rendered unnecessary a judicial ruling as to the presidential electors.”

The move came after lawyers for Secretary of State Katie Hobbs and other defendants filed court papers that said Biden was leading Trump by 11,414 votes, with 10,315 left to be counted and only 191 “overvotes.”

That tally means the race can’t be decided by the overvotes, the filing said.

In a suit filed Saturday, the Trump campaign had claimed that ballots marked with Sharpie pens were improperly disqualified when voting machines wrongly registered them as overvotes, resulting in a flawed count.

Meanwhile, Chief Judge Timothy Kenny of the Third Circuit Court of Michigan denied a request by two Trump supporters for an independent audit of the votes cast in Detroit and surrounding Wayne County, which voted more than 2-to-1 for Biden.

Kenny said those claims were “decidedly contradicted by the highly-respected former State Elections Director Christopher Thomas who spent hours and hours at the TCF Center November 3rd and 4th explaining processes to challengers and resolving disputes.”

Kenny also noted that the election challengers who filed affidavits in the case didn’t attend an Oct. 29 “walk-through of the TCF Center ballot counting operation” and, as a result, didn’t have a “full understanding” of what they saw on Election Day.

“However, sinister, fraudulent motives were ascribed to the process and the City of Detroit,” he wrote.

“Plaintiffs’ interpretation of events is incorrect and not credible.”

Kenny noted, however, that his ruling was “not a final order and does not close the case.”

On Wednesday, the Trump campaign filed a federal suit to block the certification of Michigan’s vote, in part over claims that more than 100 election challengers “were denied a meaningful opportunity” to observe the ballot-counting process in Wayne County.

Tags:abandons, audit, supporters, trump
We use cookies on our website to give you the most relevant experience by remembering your preferences and repeat visits. By clicking “Accept All”, you consent to the use of ALL the cookies. However, you may visit "Cookie Settings" to provide a controlled consent.
Cookie SettingsAccept All
Manage consent