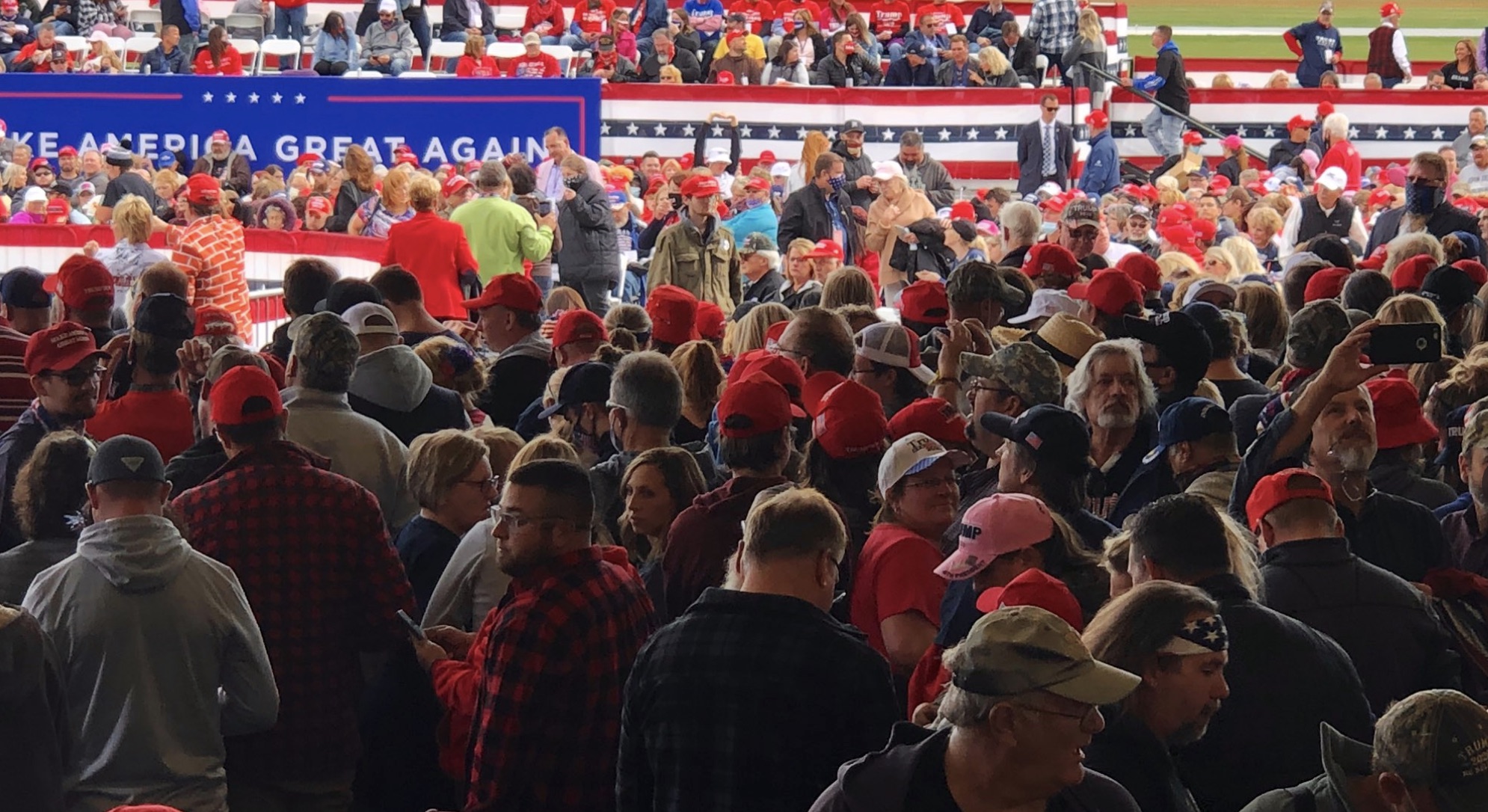 Even before Donald Trump touched down in the swing state of Michigan on Thursday night, his campaign broke state law by hosting an outdoor event with more than 250 people.
CNN’s Jim Acosta, on the ground for the event, noted that there’s “very little social distancing and not many masks” present at the Trump rally, which was held in a “crowded airport hangar.”

What’s particularly stunning about the president’s latest superspreader campaign rally is that it comes as details from Bob Woodward’s new book reveal that Trump intentionally downplayed the threat of the virus.
The fact that Trump continues to hold these events in the middle of a pandemic without taking steps to protect those in attendance is further proof that this president is still dismissing the threat of COVID-19.
It’s been nearly eight months since the U.S. saw its first case of the virus. More than 6.5 million Americans have been infected and nearly 200,000 have died.
Instead of taking the virus seriously, Donald Trump continues to downplay it for political purposes.
Meanwhile, the Biden campaign is putting public safety first
While the Trump campaign continues to put the American people – and its own supporters – in jeopardy, the Biden campaign is putting public safety first.

As Bloomberg News reporter Jennifer Epstein noted, “Outdoor gatherings in Michigan are limited to 100-250 depending on region. The Biden campaign strictly limited the number of people at his speech yesterday in Warren, Michigan, at 100 including staff, press, attendees, etc.”
Epstein added that the Biden campaign was so adamant about following public health guidelines that “there were literally people traveling with Biden yesterday who had to sit in the motorcade and wait for the event to end because that’s how serious his campaign was about abiding by the Michigan covid rules.”
During this time of crisis, Joe Biden is conducting himself like a president, while Donald Trump is selfishly putting lives at risk in exchange for some cheap rally applause.
Follow Sean Colarossi on Facebook and Twitter
Sean Colarossi currently resides in Cleveland, Ohio. He earned his Bachelor of Arts degree in Journalism from the University of Massachusetts Amherst and was an organizing fellow for both of President Obama’s presidential campaigns. He also worked with Planned Parenthood as an Affordable Care Act Outreach Organizer in 2014, helping northeast Ohio residents obtain health insurance coverage.