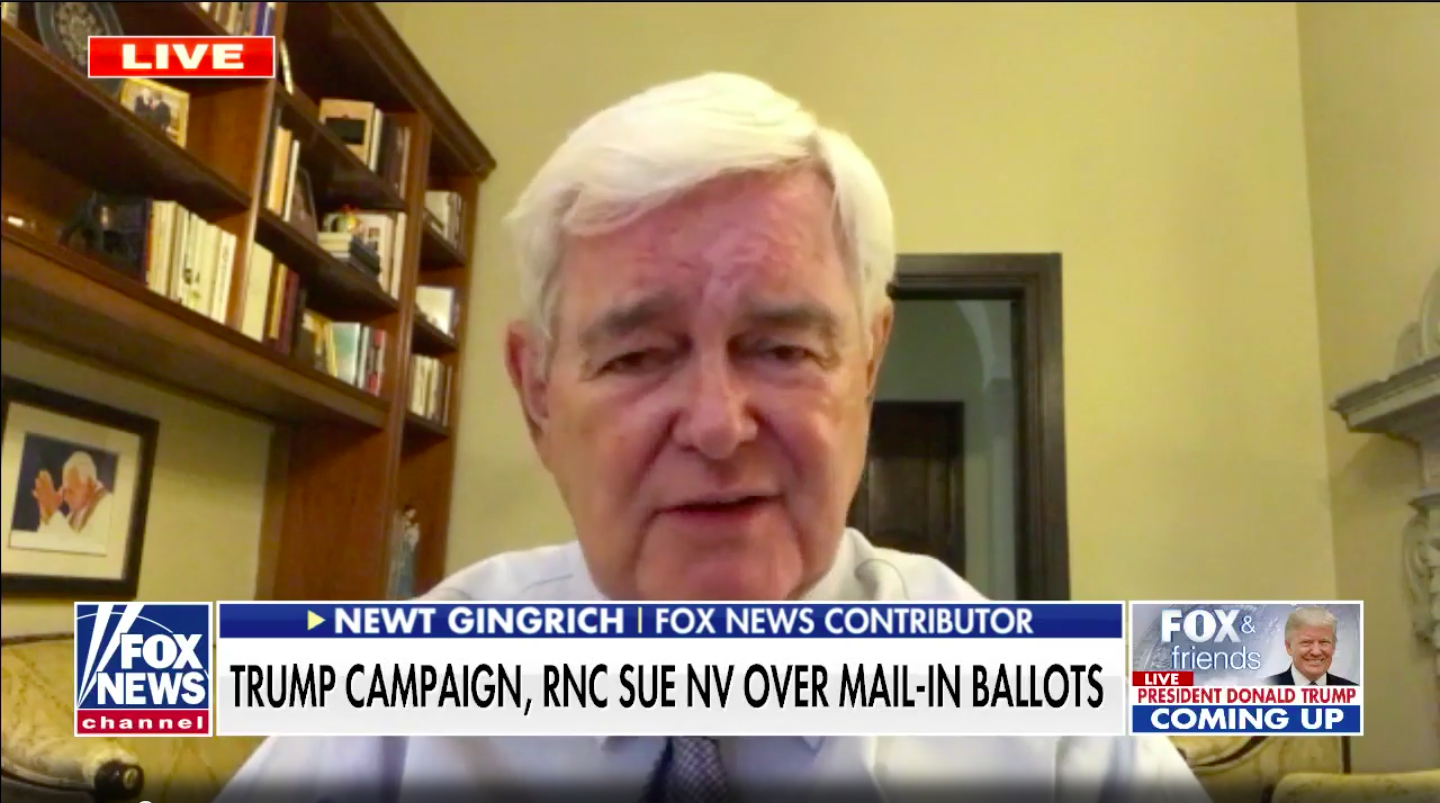 Former Speaker of the House Newt Gingrich repeated President Donald Trump’s own false claims about mail-in voting, saying that Democrats can’t win an “honest election” so they are trying “to set up an ability to steal it.” Gingrich pointed to the state of Nevada, which the president announced his administration will sue after its legislature
Read More
We use cookies on our website to give you the most relevant experience by remembering your preferences and repeat visits. By clicking “Accept All”, you consent to the use of ALL the cookies. However, you may visit "Cookie Settings" to provide a controlled consent.
Cookie SettingsAccept All
Manage consent