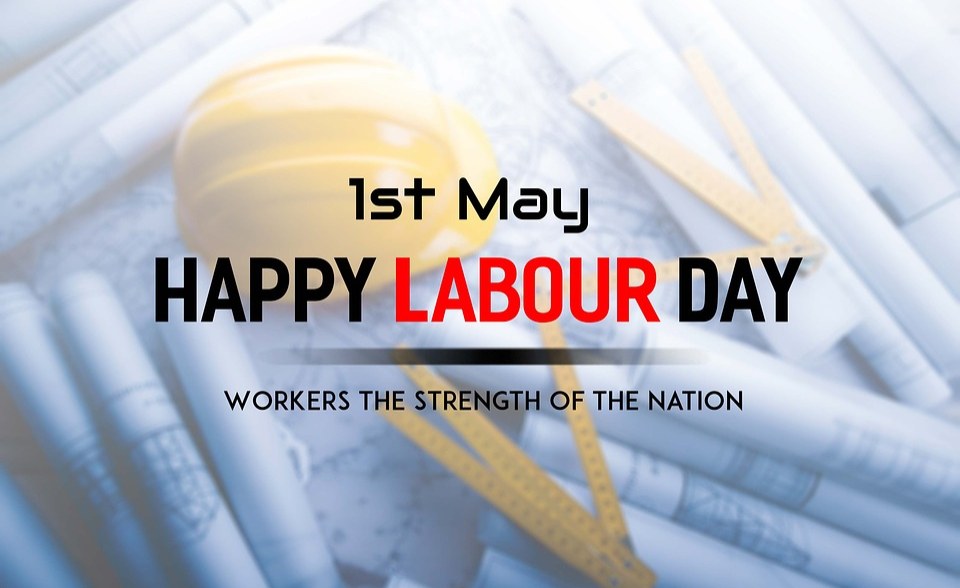 President Cyril Ramaphosa has paid tribute to the efforts of workers amidst the ongoing fight against COVID-19.
The President said workers have sacrificed a lot and have been severely affected by the pandemic in terms of the loss of income.
“Frontline workers such as medical personnel, the police teachers and other staff members in the public service, workers in the retail sector have put their lives on the line during the height of the pandemic to keep the country going. We salute these heroes and heroines of our country that have sacrificed their own lives so that we can live,” he said.
The President was addressing the Congress of South African Trade Unions (Cosatu), Workers’ Day event on Saturday.
In his address, the President warned South Africans of the risk of experiencing a third wave of COVID-19 infections during winter.
“The rising number in COVID infections, deaths and ongoing health emergencies going on in India and the looming crisis in Brazil make an urgent and highly visible case for developing countries to be given access to the means to produce vaccines themselves

“Many developing countries have the capacity and will be able to manufacture their own vaccines much more quickly, much more effectively, efficiently and much cheaper,” Ramaphosa said.
The President encouraged workers of the world to unite and compel developing countries and large pharmaceutical companies to display more social solidarity in addressing the pandemic.
Meanwhile, the President also addressed the deadlock between government and organised labour over the current public service wage negotiations.
“We do heed the call that we should do as much as possible to return to the bargaining table with a view of finding a solution,” the President said.

President Ramaphosa said South Africa’s precarious economic situation has had an impact on government’s ability to finalise a wage agreement with public servants.
“The precarious economic situation that our country finds itself in is having a negative impact on our people as a whole as the reprioritisation of spending does in the end affect expenditure in a number of areas that affect our people’s lives.
“We have had to reprioritise our spending across a range of areas in order to fund social, medical and other interventions to mitigate against the worst ravages of this pandemic,” he said.
Economic Reconstruction and Recovery Plan

Social partners working mainly through the National Economic Development and Labour Council (Nedlac), have put together the elements of the Economic Reconstruction and Recovery Plan.
This plan sets out a series of actions aimed at fundamentally changing the economy and the jobs market and making it more inclusive and equitable.

“Some of these programmes are beginning to show positive effects such as the Presidential Employment Stimulus, which was established in response to the economic impact of COVID-19 and is the most rapid expansion of public employment in South Africa’s history,” the President said.
The stimulus supports a range of programmes from expanding traditional public employment to protecting existing jobs and providing support for livelihoods.
“Over 650 000 opportunities have been supported by the stimulus, this includes more than 300 000 education assistants who were placed in over 20 000 schools across South Africa.
“They have supported teachers in the classrooms and contributed to COVID-19 safety protocols and maintenance of infrastructure, while learning skills that will help them to succeed in the labour market,” the President said.
Funding has also been provided to protect vulnerable teaching posts.
“Income support is being provided to more than 125 000 workers in the Early Childhood Development sector, whose livelihoods were disrupted by the pandemic.

“More than 50 000 opportunities have also been created in public employment programmes in the environmental sector, natural resource management, fire protection and the war on waste,” the President said.
Almost 2 000 artisans have been hired by the Department of Public Works and Infrastructure to support water and energy efficiency as well facilities management and the rural bridges programme.
More than 100 000 small scale and subsistence farmers are being provided with input vouchers to expand their own production.
“We are developing a number of master plans to create conducive conditions for industries to grow. These master plans focus on localisation, development of small and medium enterprises and also growing the local economy,” the President said.
He said billions of rands have been invested in the sugar master plan and the poultry master plan.
“The clothing, textile and footwear and leather master plan has unleashed a lot of investments measuring up to R500 million, where a number of our stores has also participated,” the President said.