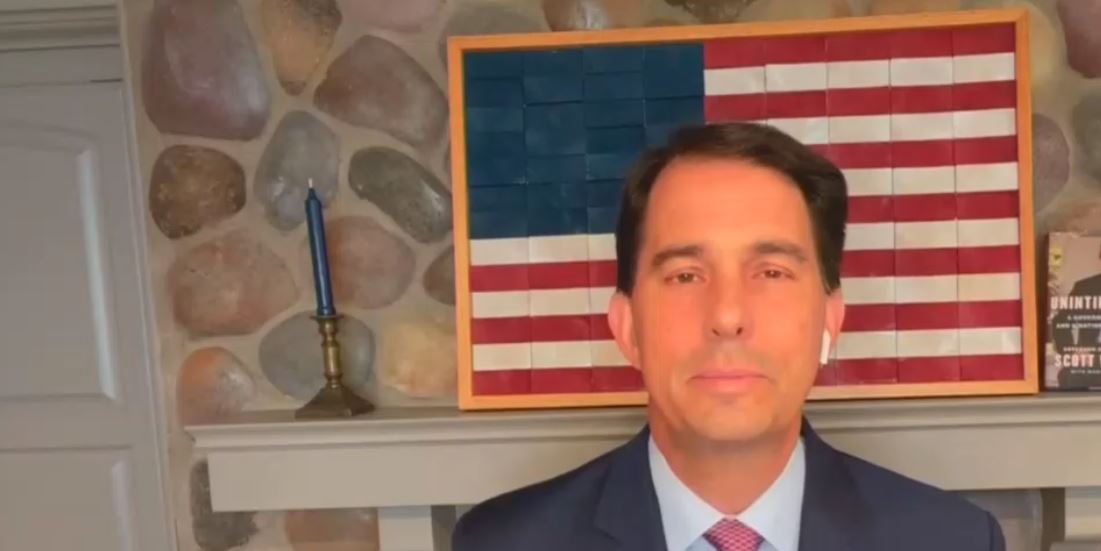 Former Wisconsin Gov. Scott Walker tried to blame Joe Biden and Democrats for the unrest in Wisconsin after the Jacob Blake shooting.
Walker said on CNN’s The Lead with Jake Tapper:Silence is complicit. While the vice president, Republicans across the country spoke out against the travesty that happened in Minnesota with George Floyd as did Democrats across the board, we haven’t heard a word from Joe Biden, Kamala Harris, and others about the rioting, not just in Kenosha recently, but in Chicago, in New York, in Portland, in Oregon. And I think while he may not be advocating for it.
What we saw even in Kenosha in the last few days is when you have a Democratic governor and the Democrat nominee both immediately leapfrogging over an independent investigation that will look into all the facts on this and ultimately make recommendations on potential charges or not. They went right to the argument that the police were at fault without even going through that investigation that.Basically sends a green light to many of the rioters out there that it’s okay to do this.

Scott Walker resurfaces to try and blame Joe Biden for the unrest in Wisconsin after the shooting of Jacob Blake. pic.twitter.com/ALrO4lj3ew
— Sarah Reese Jones (@PoliticusSarah) August 25, 2020

Joe Biden did release a statement after the shooting calling for an end to the violence and demanding a full and transparent investigation so that the officers involved could be held accountable. People aren’t engaging in protest and unrest because of some signal from Joe Biden and Kamala Harris. They are tired of seeing innocent people shot by the police and they want the violence to stop.
Rioting is never acceptable, but the situation in Kenosha has nothing to do with Biden, and everything to do with police brutality.
For more discussion about this story join our Rachel Maddow and MSNBC group.