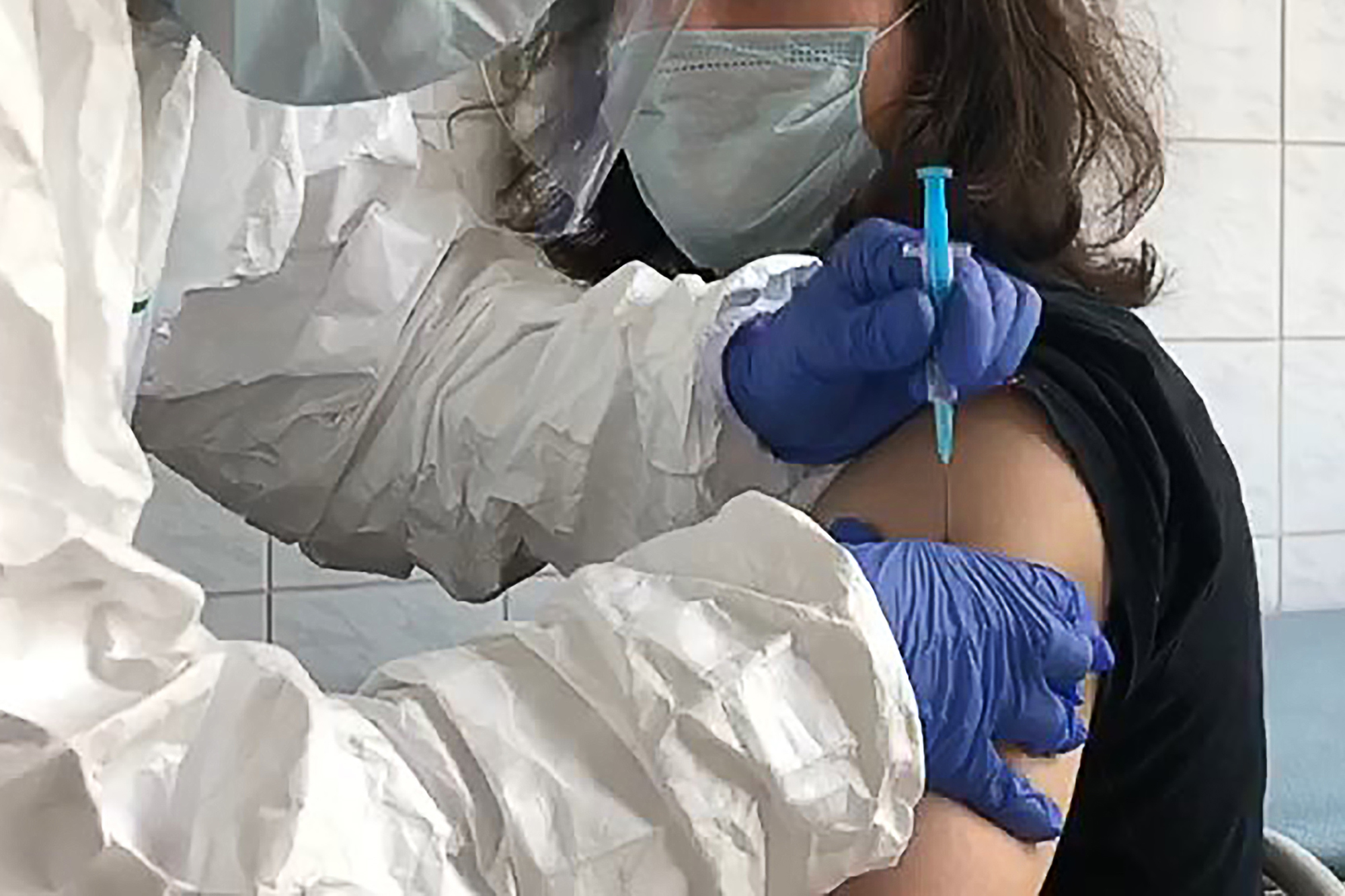 A group of Russian tycoons, business executives and government officials were given early access to an experimental coronavirus vaccine, according to a report.
They were given shots developed by the state-run Gamaleya Institute in Moscow as early as April, which last week completed phase 1 trial on military personnel, Bloomberg News reported.
Gamaleya, backed by the Defense Ministry and the state-run Russian Direct Investment Fund, hasn’t published results of the study and has moved on to the next round of trials.
Kremlin spokesman Dmitry Peskov said he doesn’t know the names of those who received the vaccine.
Peskov, who recovered from a bout of the coronavirus in May, was asked during a conference call with reporters on Monday if Russian President Vladimir Putin was vaccinated.
“It probably wouldn’t be a good idea to use an uncertified vaccine on the head of state,” he said.
The Health Ministry said in a statement that only those participating in the trials are eligible for a shot.
The experimental drug may be “safe” because it is based on proven vaccines for other diseases, but its effectiveness has not been proven, Sergei Netesov, a former executive at a state-run virology center in Novosibirsk, Siberia, told Bloomberg.
“Those who take it do so at their own risk,” Netesov said.
Russia has declared more than 775,000 coronavirus cases and more than 12,000 deaths due to the virus.
The governments of the US, Great Britain and Canada last week warned that Russian-backed cyberhackers are trying to steal coronavirus-vaccine research from pharmaceutical companies and academic institutions.
The attacks were connected to companies associated with Russian intelligence services, including “Cozy Bear,” which was identified as one of the hacking groups that breached the Democratic National Committee computer network during the 2016 presidential election.

Tags:access, coronavirus, elites, experimental, given, russian
We use cookies on our website to give you the most relevant experience by remembering your preferences and repeat visits. By clicking “Accept All”, you consent to the use of ALL the cookies. However, you may visit "Cookie Settings" to provide a controlled consent.
Cookie SettingsAccept All
Manage consent