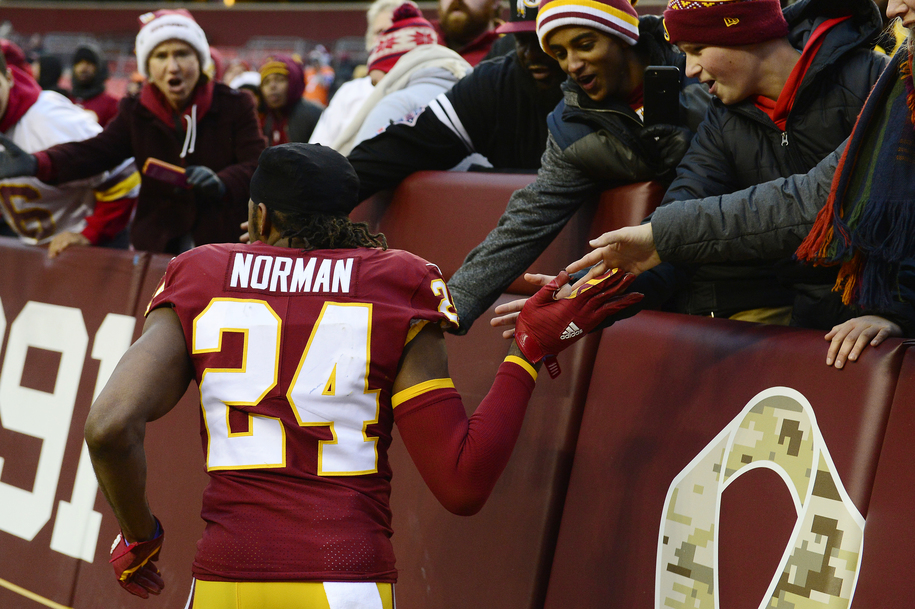 As some quick history, the team has had its current name since 1933. Before that, it was actually briefly called the Boston Braves. Since then, numerous activist groups have spoken out against the name, but owner Daniel Snyder wasn’t having it. In the early ‘90s, he told USA Today that “we’ll never change the name.” In 2014, Snyder created the “Washington Redskins Original Americans Foundation,” a foundation to support Indigenous communities, which, largely due to the recent discussions around the name change, has come under new scrutiny.

As recently as last week, Snyder is finally beginning to maybe change his tune. In a statement, Synder said the “process allows the team to take into account not only the proud tradition and history of the franchise but also input from our alumni, the organization, sponsors, the National Football League and the local community it is proud to represent on and off the field.”

FedEx, which holds naming rights to the team’s stadium in Washington, D.C., released a statement last Thursday, saying it had communicated its “request that they change the team name.” As my colleague Hunter covered on Tuesday, minority team owners Robert Rothman, Dwight Schar, and Frederick Smith (FedEx chairman), are now seeking to sell their 40% share.

Washington, D.C. Mayor Muriel Bowser has called for the team to change its name as recently as June, saying that it is “past time for the team to deal with what offends so many people.” In the radio interview, she added that the team “deserves a name that reflects the affection that we’ve built for the team.”

Shocking absolutely no one, Donald Trump weighed in unhelpfully on this discussion on Twitter. Of course, he also mocked Massachusetts Sen. Elizabeth Warren while he was at it.

xThey name teams out of STRENGTH, not weakness, but now the Washington Redskins & Cleveland Indians, two fabled sports franchises, look like they are going to be changing their names in order to be politically correct. Indians, like Elizabeth Warren, must be very angry right now!Ã¢ÂÂ Donald J. Trump (@realDonaldTrump) July 6, 2020

And because there’s a tweet for everything, in 2013, Trump tweeted the following gem:

xPresident should not be telling the Washington Redskins to change their name-our country has far bigger problems! FOCUS on them,not nonsenseÃ¢ÂÂ Donald J. Trump (@realDonaldTrump) October 8, 2013

Meanwhile, the novel coronavirus continues to rage in the United States, and, in particular, Navajo Nation battles an outbreak with minimal resources and long-term structural issues (like water shortages). You can read an important and eye-opening “day in the life” of a physician fighting the pandemic on Navajo Nation over at SELF.

You can also check out an interview with activist Prairie Rose Seminole, a citizen of the Three Affiliated Tribes of ND and descendant of the Sahnish/Arikara, Northern Cheyenne, and Lakota Nations below, with tips on how to be an effective ally to Native people and communities.