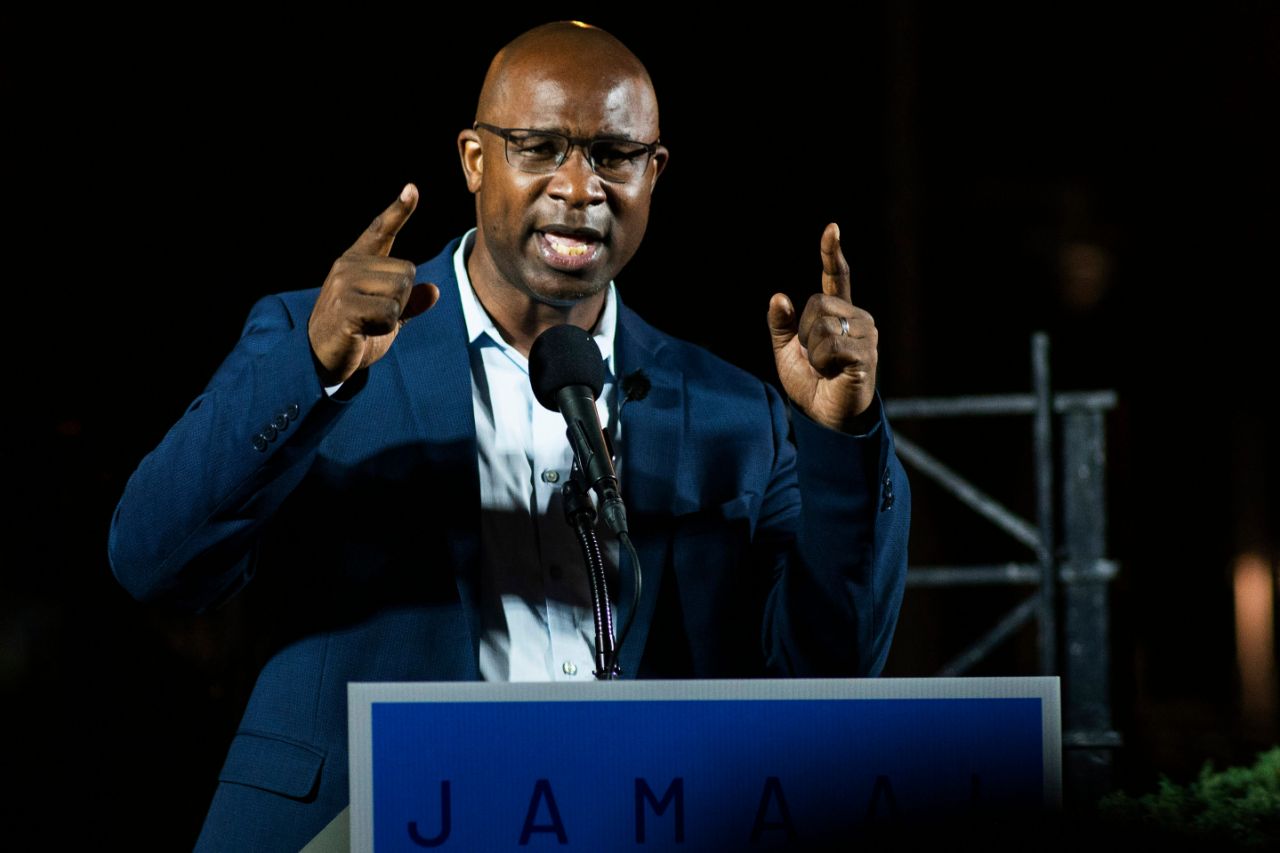 WASHINGTON – Rep. Eliot Engel, a powerful House committee chair who served decades in Congress, was defeated by a political newcomer in a stunning upset showing the power of the progressive wing of the Democratic party, according to the Associated Press. More than three weeks after polls closed in the the New York primary, Jamaal Bowman was officially declared the winner Friday over incumbent Engel, who chairs the House Foreign Affairs Committee – ending a 30 year career in Congress. “The numbers are clear, and I will not be the Democratic nominee for the 16th Congressional District seat in the fall election,” Engel said. “Serving the people of the Bronx and Westchester in Congress has been the greatest privilege of my life, and what a remarkable 32 years it has been.”Engel’s defeat at the hands of a progressive candidate who is also a person of color comes at a moment when racial justice is at the forefront of the national conversation. It also comes as progressives were looking for a win after the disappointment of Sen. Bernie Sanders ending his bid for president earlier this year. Bowman called the win a “tremendous honor and privilege” in a live video posted to social media. He said his campaign was about “building coalitions across race, across class, across religion, across age, across our beautiful differences, leveraging our beautiful differences, to make the world a better place.” The district heavily leans toward Democrats, meaning Bowman is likely to secure a victory in the November general election. The future for another powerful House chair, Rep. Carolyn Maloney, also from New York, remains unclear as absentee ballots continue to be counted in New York. Maloney, who heads the House Oversight Committee, was leading by a slim margin over progressive challenger Suraj Patel shortly after the June 23 primary. Story continuesEliot Engel: Why I helped lead the impeachment of Donald TrumpMore: Jamaal Bowman moves closer to upsetting 16-term congressman Eliot EngelFILE – This June 23, 2020 file photo shows Jamaal Bowman speaking to attendees during his primary-night party. The former middle school principal has toppled 16-term U.S. Rep. Eliot Engel in New Yorkâ€™s Democratic congressional primary. Many votes cast by mail in the race have yet to be counted, but an AP analysis of absentee ballots returned so far indicated Friday, July 17, that Bowmanâ€™s lead was too large for Engel to overcome.Â Â (AP Photo/Eduardo Munoz Alvarez, FIle)At the center of the push to oust both Engel and Maloney was the same force that pushed freshman star Rep. Alexandria Ocasio-Cortez to defeating a powerful incumbent in 2018 in a neighboring New York district: Newcomers arguing that change was needed and incumbents had lost touch with their districts.Bowman held a large lead over 16-term Engel in New York’s 16th Congressional District  for several days after the primary and declared victory but the race wasn’t called until thousands of absentee ballots were counted. As chairman of the Foreign Affairs Committee, Engel was at the forefront of the House impeachment probe, which centered on allegations that Trump pressured Ukrainian officials to open an investigation into former vice president Joe Biden.More: Rep. Eliot Engel: Fired inspector general was investigating 2019 Saudi Arabia arms dealRanking member of the House Foreign Relations Committee, Rep. Representative Eliot Engel (D-NY), who is a leading candidate to take over the panel, poses for a portrait in his office on Capitol Hill November 15, 2018 in Washington, DC.More recently, he has led an investigation into Trump’s controversial decision to fire the State Department’s long-time independent watchdog, who was probing allegations that Secretary of State Mike Pompeo asked a staffer to run personal errands for himself and his wife.But Engel is more in line with the Trump administration on high-profile foreign policy issues – including his staunch support for Israel – than some of his more liberal colleagues.Bowman, a former middle school principal, campaigned as a progressive looking to shake up the system. He railed against economic inequality in the U.S., where there is great wealth but children living in poverty. He said as a Black man in America, he learned about death and homicide at a young age, seeing how it affects not just an individual but the larger community.Some view him as the next AOC, and he gained momentum through the campaign with endorsements from Ocasio-Cortez, Sanders and The New York Times. Engel, 73, answered those backings with high-profile endorsements of his own, including from former Secretary of State Hillary Clinton.In this April 12, 2016 file photo, Rep. Carolyn Maloney, D-N.Y., speaks during a National Press Club Newsmaker news conference, on Equal Pay Day, at the National Press Club in Washington.In New York’s 12th Congressional District, Maloney remained nearly deadlocked in a rematch against Patel, who in 2018 got 40% of the vote. Patel, a 36-year-old activist, lawyer and New York University professor, released a statement previously declaring an early victory, though no official winner had been officially declared. Patel had attacked Maloney throughout the campaign for taking corporate campaign donations and a number of votes she’d taken over her 14-terms in office, including on immigration and the Iraq War. The ousting Engel leaves an opening on one of the House’s most active and powerful committees. By seniority, Rep. Brad Sherman, D-Calif., would be next in line to chair the powerful House Foreign Affairs Committee, and Eleanor Holmes Norton, D-D.C., would be next in line to head the Oversight panel if Maloney is defeated. But in both cases, other lawmakers could make a play for the gavel as well.  Contributing: Rebecca Morin, USA TODAY; and Mark Lungariello, Rockland / Westchester Journal NewsThis article originally appeared on USA TODAY: Jamaal Bowman ousts powerful House chair Rep. Eliot Engel in New York